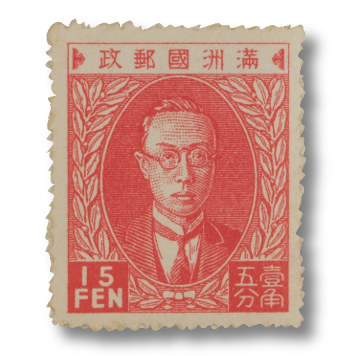 Today we will be exploring the historic region of Manchuria, situated at the north-east tip of China, between Russia and the Korean Peninsula, to find out about the twelfth and last Emperor of China, Pu Yi ( 溥儀). This charismatic... 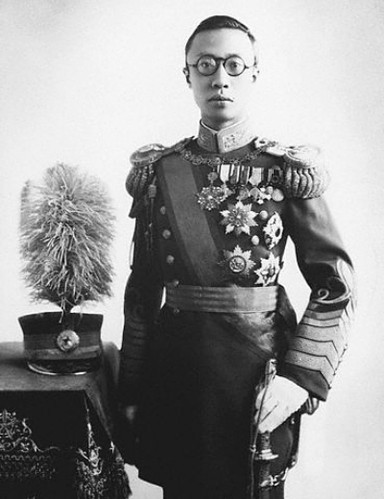 After the Chinese Revolution (1911 – 1912; also known as the Xinhai Revolution), which signalled the commencement of a period of great social upheaval and unrest in China, a republican political system was established which brought to an end 268 years of Imperial rule by the Qing dynasty. The young emperor Pu Yi, aged only seven, was forced to abdicate. But he maintained his symbolic title, albeit without any ruling powers, until 1924.

At the same time, while all this was taking place, China was observing with great concern the threat posed by a new regional power – Japan. The Empire of Japan had embarked upon a successful policy of expansion across Asia, as a result of which they had occupied militarily and subsequently annexed several territories and countries, including Korea and the island of Formosa (Taiwan). Soon Manchuria would become Japan’s next objective, given that its geographical proximity, abundance of material resources and excellent strategic situation made it a perfect target.

The Japanese invasion of Manchuria in 1931 was very quick and highly effective. The chaotic political situation resulting from the fledgling Chinese republic had left the country so weak defensively that for the occupation process there was no need to even make a formal declaration of war between China and Japan.

Meanwhile, the deposed emperor Pu Yi was still unaware that he was going to become a key figure in this new situation. After leaving the Forbidden City, his Imperial Palace in Beijing, he settled in Tianjin, a Chinese city under Japanese rule. The symbolic importance of the emperor and his popularity among the Chinese populace led to the Japanese government introducing a creative system for controlling Manchuria. Instead of administrating the region as a colony (as Japan had done with Korea), Pu Yi would govern the new state, with the aim of legitimising the new political reality (at least at a superficial level) so that the real administrative power could continue to be exercised from Tokyo.

Japan declared the independence of Manchukuo (Great State of Chinese Manzhouguo) on 18th February 1932. Fifteen days later, Pu Yi was appointed governor, with the title of Datong, and in 1934 he was crowned Emperor of Manchukuo, under the reign title of Kangde. The State of Manchukuo was created to supply Japan with goods and materials, but it was also an organism that was developing in its own right. The Japanese used Manchukuo to experiment with new economic systems, architectural styles, models of railway engineering and even with new legal structures. The success or failure of the experiment would decide whether or not it would be exported to the rest of the Japanese Empire.

The new emperor did not have an easy role in this process of assimilation. Despite the fact that, in public, he submitted to Japanese rule, he constantly came into confrontation with Japan because of Tokyo’s refusal to declare him Emperor of China. One graphic example took place before his coronation ceremony, at which the Japanese wanted him to wear the Manchukuo uniform, while Pu Yi insisted on wearing the traditional robes of the Qing emperors. A compromise was reached, and he wore the uniform during the coronation, to then change into his traditional Chinese costume for the announcement of his accession at the Temple of Heaven.

Japan’s interference in Manchukuo’s political life took place on a daily basis – Japan exerted direct control over the members of the Government Council that decided the laws and regulations, in accordance with Tokyo’s interests. New measures included Japanese being declared the official state language, which was taught in schools, and the imposition of Shintoism as the official religion. 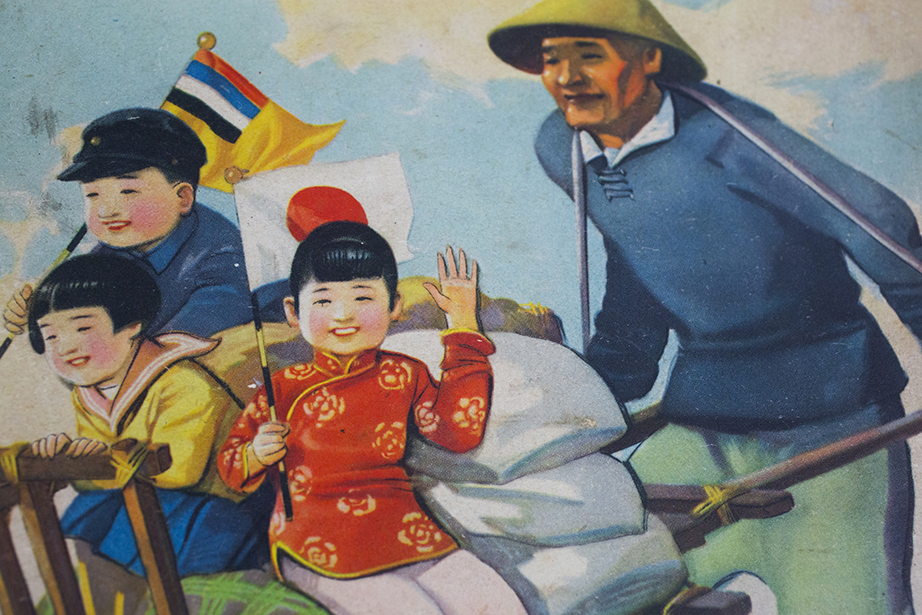 With regard to the postal service, the State of Manchukuo issued stamps that mirrored this new political situation. The main objective of these stamps was for propaganda purposes. They show the image of Pu Yi alongside elements and symbols of friendship with Japan, and the new national emblems.

However, this new state did not survive for long. On 8th August 1945, the day the first atom bomb was dropped on Hiroshima, the Soviet Union declared war on the Empire of Japan, as it had previously agreed to do with Great Britain and the United States. A week later, Japan capitulated to her enemies, and on 19th August the news was confirmed to the few Japanese troops still resisting in Manchukuo, and who surrendered on the 20th August. Emperor Pu Yi was arrested and the governmental institutions dismantled.

After the Second World War, the Republic of China regained its sovereignty over Manchuria, where the forces of the Communist Party of China had established strongholds in the territory, following the withdrawal of the Red Army in 1947.

This brief period between the wars brought significant outcomes for the histories of China and Japan, and for the former’s ancient imperial regime. The historical importance of the period was transposed onto the big screen, in the form of Bernardo Bertolucci’s 1987 film The Last Emperor. This film, which won nine Oscars, is an accurate portrayal of the life of Pu Yi, the last Emperor of China and of Manchukuo. 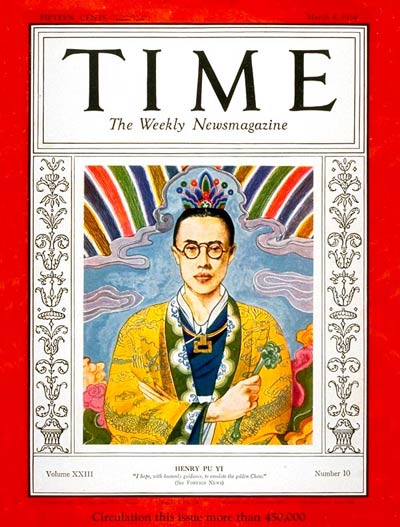 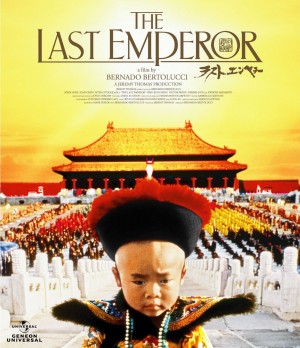