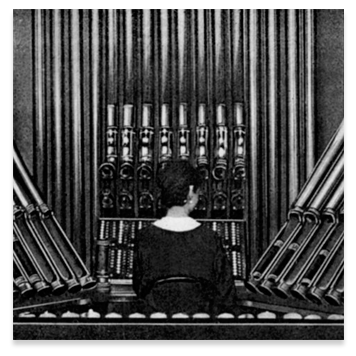 From the end of the 19th century to the early 20th century, many European capitals shared a common characteristic – the rapid growth of their urban fabric. The boom in industry and trade led many people to move to the... 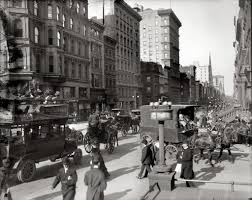 From the end of the 19th century to the early 20th century, many European capitals shared a common characteristic – the rapid growth of their urban fabric. The boom in industry and trade led many people to move to the big cities in search of new opportunities. This socio-economic transformation meant that the existing urban layouts and structures had to be rethought. One of the best-known examples in Barcelona was the Cerdà Plan (1860), an urban development project that redrafted the existing imaginary of the city of Barcelona using a grid system of streets and blocks.

As cities expanded, the need grew to ensure decent, healthy living conditions for their inhabitants, as well as efficient urban transport networks.

The massive increase in the number of inhabitants in capital cities inevitably affected inhabitants’ quality of life. Transporting so many people and goods in the same physical spaces resulted in frequent massive traffic jams, not to mention pedestrians being run over and killed by vehicles.

The constant bottlenecks on the main thoroughfares meant that secondary routes had to be found, and these created new areas which grew up with any kind of proper planning, and thus further traffic problems were generated.

Thus it is hardly surprising that from the early 20th century onwards, improving the transportation of information, people and goods became a priority.

But as we all know, desperate times require drastic measures. In the case of the postal service, the invention of the pneumatic post became an analogical system for transporting information. It could be considered as an early version of today’s messenger services, and in fact it did overcome the transport problem caused by the huge volume of carriages, trams and pedestrians. 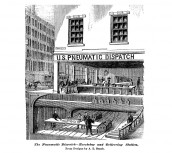 Pneumatic Dispatch drawing handout with a pick up and delivery of mail.

The pneumatic post was invented by a Scot, William Murdoch, and was subsequently developed through the London Pneumatic Despatch Company. The system consisted of an underground distribution network of cylindrical tubes that propelled containers along it using compressed air.

These receptacles containing messages travelled at approximately 5 km/h. Such a speed might seem ridiculous to us today, but at the time, when interurban communication was fraught with so many problems, it represented a creative alternative to the postal service on the street.

Many of you must be wondering: what could be sent using this system, and did it have any limitations? Well yes, it did – the dimensions of the steel tubes and the air pressure required meant that only urgent letters and small packages could be sent. Furthermore, this transport system could only communicate between different departments of a company, or between the post offices within a single city.

Incidentally, in 1861 the London Pneumatic Despatch Company began work on a project to transport people underground using this compressed air system. Later on, the American inventor Alfred Ely Beach improved the system, which became the precursor of New York’s first subway. Interestingly, Beach also invented a typewriter for the blind.

Returning to the subject of pneumatic post, in most cities, postage was paid for using ordinary stamps, though in some countries – such as Austria, France and Germany –aerogrammes and postcards were issued especially for this purpose.

Italy was the only country to issue stamps exclusively for the pneumatic post, between 1913 and 1966. Rome, Milan and Naples were the main beneficiaries of the service. The first one to be issued was a brown 10 cents stamp featuring a picture of Victor Manuel III. The stamp came into circulation in April 1913, before air mail began. During the period that the pneumatic service was available in Italy, there were 10 issues, with a total of 21 stamps. Some of the earliest examples of the Posta Pneumatica are included in the Ramon Marull Collection. Here are some examples:

Pneumatic post gradually died out in most cities. The increase in mail volume and changing urban needs were the main factors that brought about its extinction. The ceaseless advances in the new telecommunication systems finally replaced this form of communication. Computers and faxes were more effective tools for transmitting information.

Finally, we should mention the cases of Paris and Prague. Paris opened its pneumatic post service in 1866, and it continued until relatively recently – 1984. Over 400 km of tubes were installed in the city. Perhaps even more curious is the case of Prague, which was the last place to use a pneumatic tube transportation system. The city had a network of tubes that was 60 kilometres long. However, in 2002 a series of floods seriously damaged the network, and the system had to be shut down forever.

Nowwadays, a few remnants of this system have survived in some of Barcelona’s supermarkets (where rolls of banknotes are sent along plastic tubes) and a few banks.