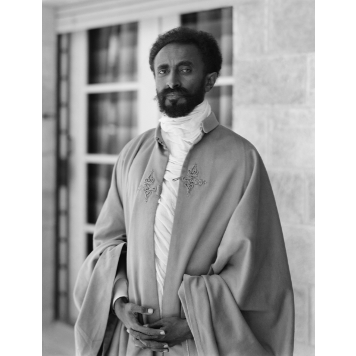 Rastafarianism is a social and spiritual movement that emerged in the 20th century which preaches the inherent goodness of man and the ideas of brotherhood, peaceful coexistence and freedom. But where did it all start?

In fact, the movement began a long way from Jamaica – in Ethiopia. Etymologically speaking, the word ‘Rastafarian’ is made up of Ras (meaning ‘King’) and Tafari (short for Tafari Makonnen), a man who was better known as Haile Selassie I (Ejersa Goro, Ethiopia, 23rd July 1892 – Addis Ababa, 27th August 1975). Under the reign of his aunt Queen Zewditu (Judith), Ethiopia made great advances, including its acceptance into the League of Nations (1923) and the country’s prohibition of slavery the following year. Haile Selassie I worked hard to transform Ethiopia into a modern country, with the solid backing of the Pan-African organisations, until the 1970s, when he was deposed following accusations of corruption and tyranny. However, this king, at least initially, sparked a movement that has survived to the present day.

At the same time as the king rose to power, in 1930, a new movement was emerging on the island of Jamaica. For the previous decade, Marcus Garvey (Saint Ann’s Bay, Jamaica, 1887 – 1940), a businessman, journalist and political activist, had been preaching about the arrival of a new messiah who would help the black community that had been exiled by the colonial slave trade to return to Africa. Garvey’s Pan-Africanism ended up spreading and developing into an ideology, with followers throughout the world. Haile Selassie I became considered a deity, which is why Rastafarianism is viewed as an exocentric religion.

The aesthetic appearance of the movement’s followers led them to be known by different names: Rastafarians, Rastas, Sufferers, Locksmen, Dreads or Dreadlocks. Their long plaited dreadlocks are a characteristic feature that is linked with Haile Selassie I, known as the Conquering Lion of Judah, the title of the Negus of Ethiopia. One of the movement’s ambassadors on a world scale was Bob Marley (Saint Ann, Jamaica, 6th February 1945 – Miami, Florida, 11th May 1981). The lyrics of his songs espouse Rastafarian ideology and values.

The colours of the Rastafarian Flag are red, green and gold. The first colour is a reference to the blood of the Jamaican slaves of the past, the second refers to their hopes of return to their origin, and the third, to the wealth of Ethiopia. Once again, the lion is portrayed as a symbol of Haile Selassie I.

Rastafarian religious practices involve ceremonies and rites of passage. During the ceremonies, information is processed and a connection is made with the spirit by means of chants and meditation. As with many other cultures, cannabis is commonly used as a psychotropic to help increase spiritual awareness.

Rastafarians abide by the laws of the Old Testament, and men and women are treated differently with respect to the religious practices. Furthermore, Rastafarians are forbidden from drinking alcohol or eating meat, especially pork. Instead, they are encouraged to eat natural products like vegetables and fruit.

It is estimated that there are more than a million practising Rastafarians throughout the world.