Iconic buildings and spaces Items 1 of 3   | Next 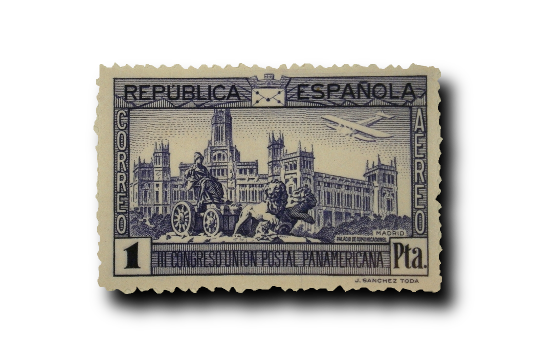 The cathedral of Our Lady of Communications

Casa de Correos y Telégrafos (Post and Telegraph House) and Palacio de Comunicaciones (Communications Building) are two terms commonly used for postal service buildings. Classical in style and majestic in appearance, these constructions were designed to reflect the idea of...

The Palacio de Comunicaciones de Madrid is located in the old part of the city, in the Jerónimos district. It is a fairly common icon in Spain’s commemorative stamp series, given that it is a symbol of progress and national modernity, two representative features of the Spanish postal service today.

The building’s origins date back to the early 20th century, specifically 1903. The Royal Post House at Puerta del Sol had become too small as a result of the ongoing expansion of the postal, telegraph and telephone services, and so the government decided to create a new, larger building with a better location, to improve access for delivery vehicles. In the end, they chose a plot of land that was central and had been recently absorbed into the urban layout from the old Buen Retiro park. However, this governmental measure to transform the land was not well received by the local people, who were unhappy at the irrevocable loss of almost 30,000 m2 of land that had previously been used for leisure purposes, but which would now become a part of the urban fabric. 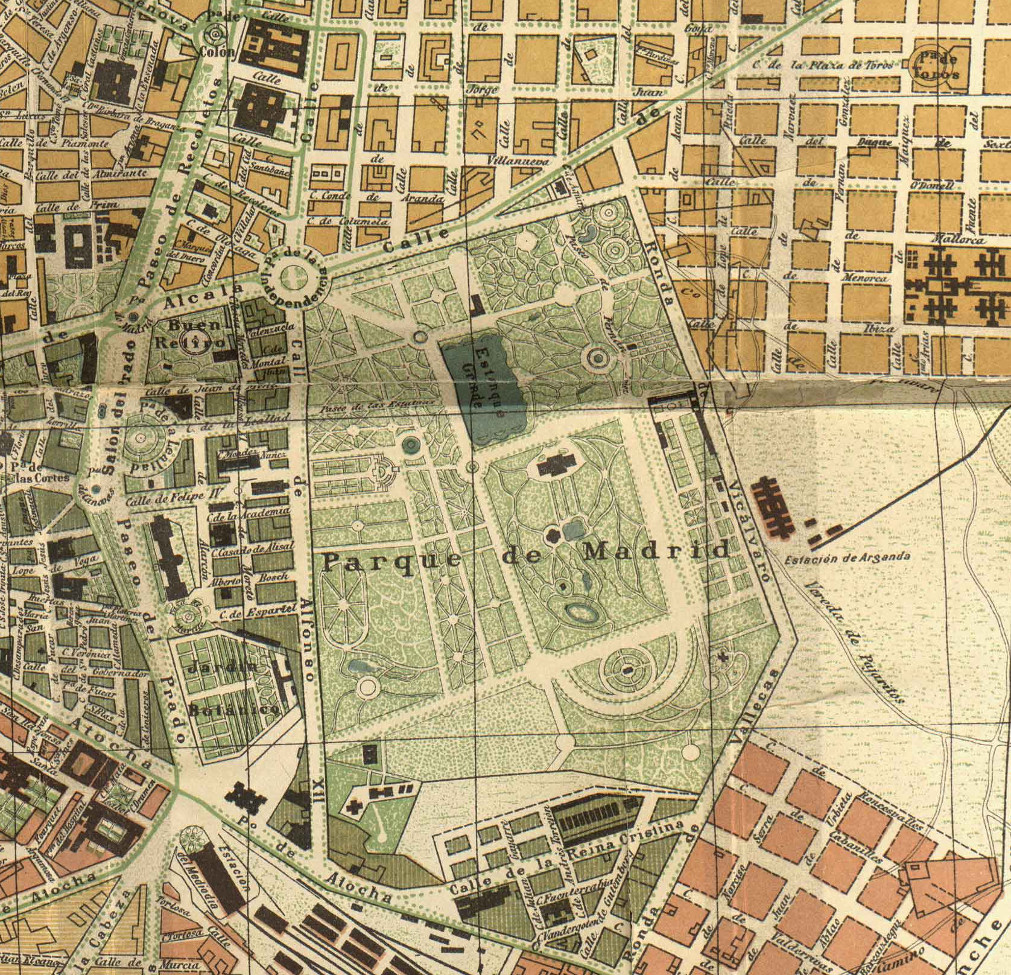 The tender procedure commissioned the project to three young, inexperienced architects: Antonio Palacios Ramilo, Julián Otamendi Machimbarrena and the engineer Ángel Chueca Sainz. The building project of 12,207 m2 was the lowest-priced (4,500,000 pesetas) of those submitted, but it was also the most monumental in style and appearance. Work began in 1904, and while it was expected to be completed within four years, problems with funding and construction meant that the works were extended until 1917, with a final cost of just over 10 million pesetas.

The Palacio de Comunicaciones shows a variety of influences – from the monumental style of North American architecture to the volumetric compositions of French architecture and even a few touches of Spanish mediaeval architecture in its decorative features. Some experts have also pointed to the influence of the Viennese architecture of Otto Wagner, of whom Palacios was a fervent disciple.

The building’s design was based on the criteria of rationality and functionality. The large inner courtyard facilitated the traffic of vehicles to the general services of post, telegraphs and telephony, all situated on the ground floor. The upper floors were home to the administrative section, the managerial offices, the sorting office and a telegraph department that was directly linked to the building’s telegraph aerial, no less than 70 metres in height.

After having overcome the financial and building obstacles that had delayed construction, the Palacio de Comunicaciones de Madrid was officially opened on 14th March 1919. Its omnipresence in the area and its great importance as the centre of national and international communications led to the building becoming popularly known as the “Cathedral of Communications”. Its importance was so great that, just over a year after it opened, the building became the international head office of the Universal Postal Union (UPU).

There are many anecdotes and curiosities related to the building, one of which is that it was the first building on which the Republican flag was raised on 14th April 1931, following the proclamation of the Second Republic. Another interesting anecdote concerns a visit by Lev Trotsky in the 1930s, in the early days of his exile. While he was walking through the Spanish capital, he saw the Post and Telegraphs building and he was so struck by its monumental appearance that he declared it should be renamed “Our Lady of Communications”.

However, after it had been declared an item of cultural interest in 1993, the building went into a gradual decline, until 2005. In that year, the Collaboration Protocol signed between Madrid Town Hall and the State Treasury regarding the optimisation of the use of certain buildings resulted in increased funding for the purpose of recovering and transforming the Palacio de Comunicaciones.

“Our Lady of Communications”, or Palacio de Cibeles (Cybele Palace), as it has been called since 2011, is one of Madrid’s most iconic constructions, and is a notable feature of the city’s skyline. Though not currently linked with the postal service, it has always been a building that has been used for public purposes, just as its architects had planned. At present it houses a cultural centre, as well as being the seat of the municipal government.