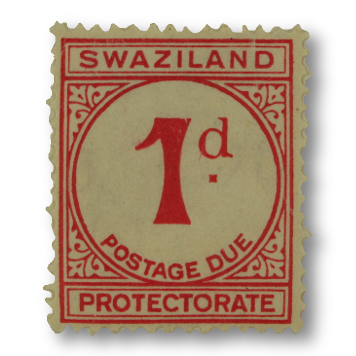 The names of countries, cities and municipalities are never given to them by chance; there is always a reason for them. If we explore the geographical origins of the stamps in the Marull Collection we can see that geography is...

The names of countries, cities and municipalities are never given to them by chance; there is always a reason for them. If we explore the geographical origins of the stamps in the Marull Collection we can see that geography is a strong determining factor in place names. The origin of the name ‘Alaska’ comes from the Aleutian term alyeska, which means ‘great land’. Meanwhile, other country names commemorate their historical past, as in the example of Bolivia, named after the liberator Simon Bolívar, and Mozambique, the name of which derives from a governor, sheik Mussa Ben Mbiki, after having been filtered through the Portuguese language. Other toponyms are more obvious – and even rather childish. For instance, the island of Barbados was named by the man who discovered it, the Portuguese sailor and explorer Pedro Campos, when he saw that most of the native men were barbados (bearded).

But apart from their origin, there are some place names that are surprising for their very length. One good example is Bangkok, the full ceremonial name of which is: Krungthepmahanakhon Amonrattanakosin Mahintharayutthaya Mahadilokphop Noppharatratchathaniburirom Udomratchaniwetmahasathan Amonphimanawatansathit Sakkathattiyawitsanukamprasit. Equally surprising in this respect is the New Zealand town of Taumatawhakatangihangakoauauotamateaturipukakapikimaungahoronukupokaiwhenuakitanatahu. Eighty-five letters long, the town has been recognised by the Guinness book of records as one of the longest place names in the world. Can you imagine a New Zealand stamp devoted to this town? Would its name even fit on the stamp, with so many letters? 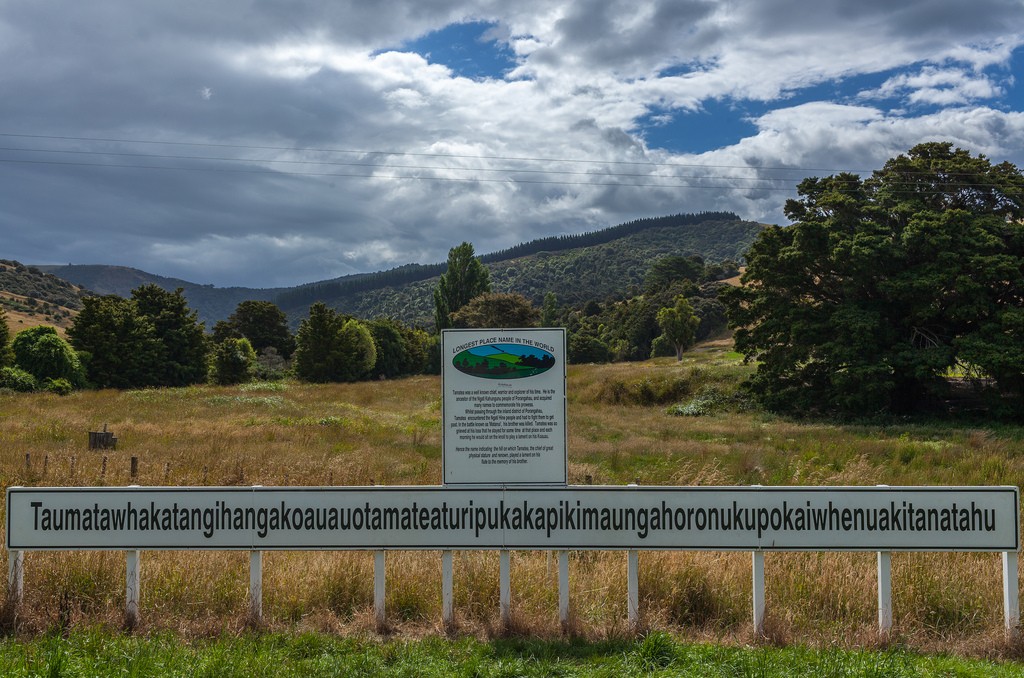 Another little-known country name (and one which makes an appearance in the Ramon Marull Philately Collection) is the kingdom of Swaziland, situated between South Africa and Mozambique. The country’s name derives from the dominant ethnic group, “the people of swazi”, who take their name from King Mswati I.

If we explore Swaziland’s philatelic past, we find that the first stamps in circulation appeared in 1890. At that time, the country was jointly administrated by Great Britain and the Republic of South Africa, and thus the first issues of standard mail stamps were of South African origin, overprinted with the country’s name. Curiously, these earliest stamps were printed with the word Swazieland instead of Swaziland – no doubt the person who made the printing plate knew nothing of the country’s origin. This mistake produced a series of philatelic rarities that are highly-prized by collectors, and if you have never seen one of these, you will find on from the Marull Collection at the end of this article.

Though the country did not begin issuing its own stamps until 1933, the main image on the stamps did not feature any autochthonous person from Swaziland. Instead, it shows George V flanked by tribal shields against a landscape with huts and mountains. And if you are wondering why the king of England’s face was on the stamp, the answer is simple: the territory was still under de facto control by Great Britain, and the stamps represent a clear testament to this. These stamps continued to be produced until the 1950s, when the English monarch George VI died. You can see one of these stamps at the end of the article.

Swaziland didn’t gain its independence until 1968, when King Sobhuza II (1899 – 1982) became the head of a constitutional monarchy. In accordance with the tradition of featuring monarchs on stamps, several philatelic series were issued showing portraits of King Sobhuza, who was the absolute ruler of the country for 60 years, the world’s third-longest reign. Swaziland wanted to break completely with Great Britain, and thus the country not only became independent politically from the government in London, England also stopped being the country’s exclusive suppliers of goods. This also meant that stamps were no longer printed in England, but in Bogota (Colombia).

This post-independence distancing was the result of a strong desire for national reaffirmation and separation from the occupying country. However, as time passed, relations between the two nations improved, particularly during the age of apartheid in South Africa. This rapprochement was also echoed in philatelic terms, as events and celebrations that took place in Great Britain featured on Swaziland’s stamps. Examples include the commemorative issues for the current queen’s silver wedding anniversary and the issues devoted to Princess Diana’s humanitarian work.

Swaziland is a small country that contains three eco-regions, with all the richness of landscape that this involves. So, if you like nature tourism and you’re thinking of visiting the south-east coast of Africa, then don’t miss Swaziland. And of course, don’t forget to send us a postcard! 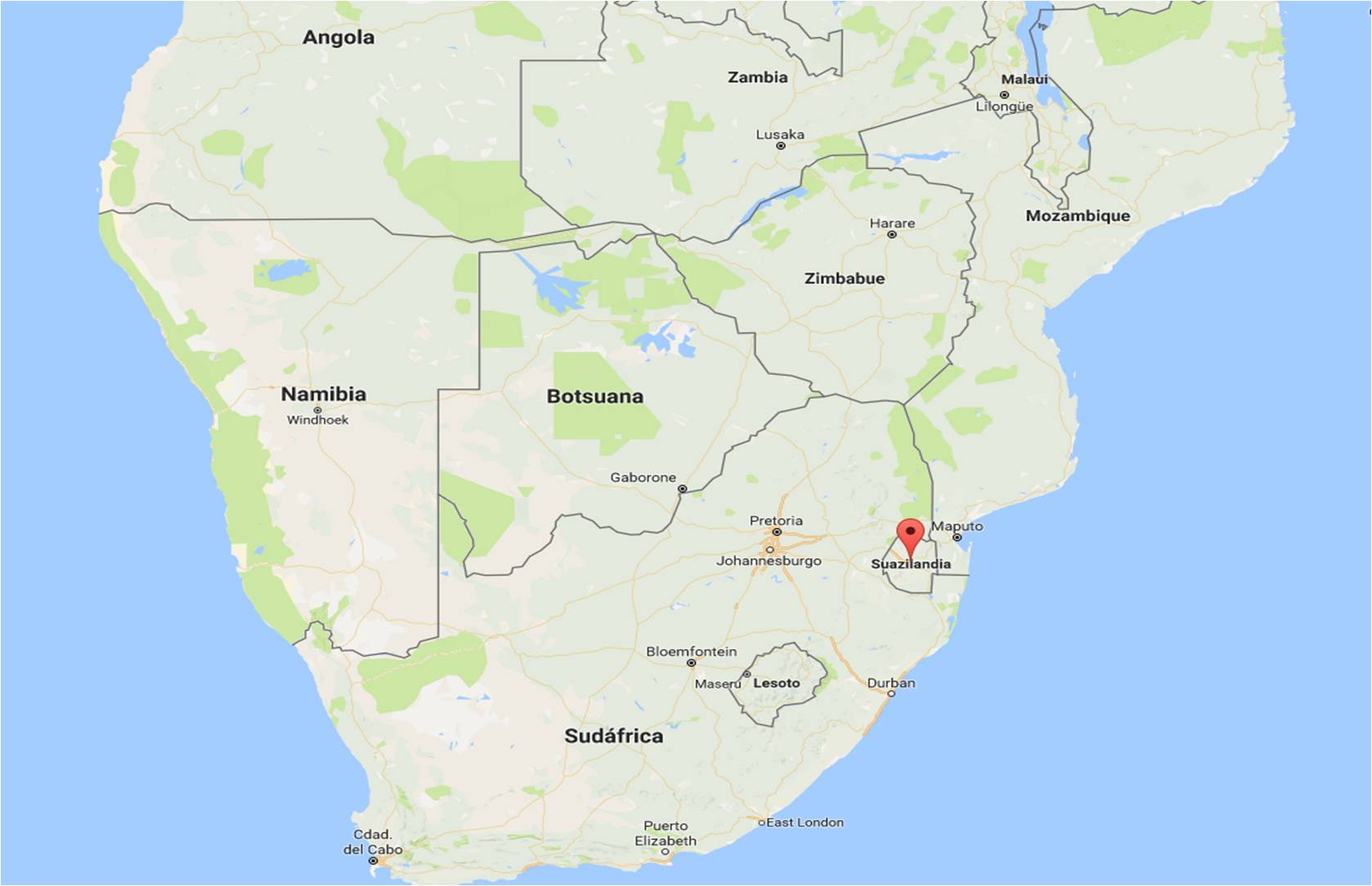