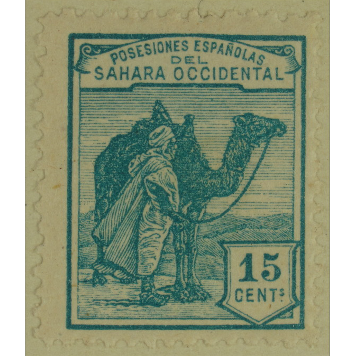 Western Sahara and the desert wall

At the 1884 Berlin Conference, at a time when the African continent was being divided up by the European powers for colonial ends, Spain claimed ownership of the African region that is now known as Western Sahara.

The colony of Spanish Sahara was established in 1924, following the administrative union of the regional domains of Río de Oro and Saguia el-Hamra. While the territory was officially recognised as a Spanish province in 1958, almost 20 years later, in 1975, Spain abandoned the region in the wake of its effective occupation by the Kingdom of Morocco. This situation sparked a political, social and military reaction among the Sahrawi population.

The 14th November 2015 will be the 40th anniversary of the signing of the Madrid Tripartite Agreement, also known as the Declaration of principles between Spain, Morocco and Mauritania on the territory of Western Sahara. The declaration was implemented in order to remove all Spanish presence from the territory, as well as to guarantee a series of administrative agreements over the territory. Scarcely a month earlier, the International Court of Justice (in its Advisory Opinion dated 16th October 1975) had declared that no ties of territorial sovereignty existed between Morocco or Mauritania and the Sahara, and that as a result, Resolution 1514 (XV) of the UN General Assembly should be applied, regarding the decolonisation process of the occupied territories.

In spite of Spain’s rapid decolonisation of the territory and its subsequent occupation by the Moroccan military, on 27th February 1976, against all predictions, the Sahrawi Arab Democratic Republic (SADR) was proclaimed. The new state would be bounded by the borders of the old Spanish Sahara. While the state received limited recognition, to date, it has been recognised by more than 50 countries, and in 1984 it was even admitted into the Organisation for African Unity.

The proclamation of the SADR marked the start of a conflict that developed from Morocco’s military occupation of the territory to armed opposition by the Sahrawis by means of the Polisario Front (Front Popular d’Alliberament de Saguia el-Hamra i Río de Oro). It was in this historical and political context that, in 1980, Morocco began building what became known as the Western Sahara Wall, also known as the ‘Wall of Shame’. It was a construction built out of sand and rocks that was protected by mines, and was over 2,720 kilometres long, with an average height of three metres. This wall, built in the desert, divides the Western Sahara from the South-East of Morocco, thus separating the areas controlled by the Moroccan government from what is known as the Polisario Front’s Free Zone. 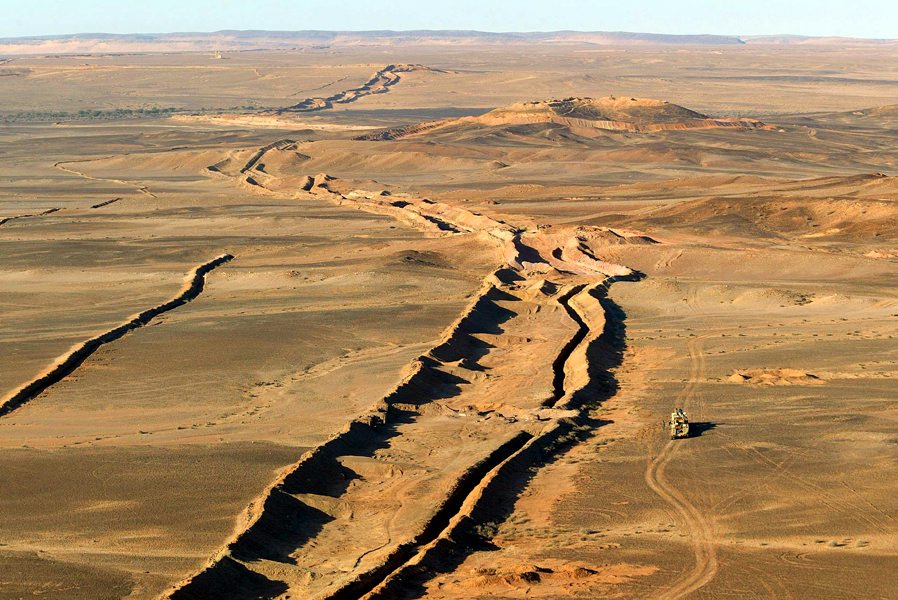 The resolutions issued by the UN General Assembly and Security Council, from 1975 until the most recent of such texts, systematically state that resolution of the conflict must involve recognition of the self-determination of the people of the Western Sahara, including the organising of a referendum. However, the resolution of the conflict is currently in a state of paralysis. This situation is in Morocco’s favour, especially with respect to the mining and extraction of natural resources and the cultural and social erasing of the autochthonous population.

Meanwhile, the failure to resolve the problem has also created a serious humanitarian crisis. The mass displacement of Sahrawi refugees to the area of Tindouf, an inhospitable, desert region in Algerian territory, represents a threat to the survival of many people who are forced to exist in terrible conditions. The exact figures for the numbers of displaced people vary depending on the source consulted, but estimates generally agree that there are tens of thousands of refugees in the area. Some of them have been living in these conditions for over 30 years. Others belong to the third generation, and thus have never even trodden on Sahrawi soil.

The Western Sahara conflict has become a forgotten conflict. Pressure from Morocco means that it has disappeared from the front pages of the international press, even though almost 40 years have passed since the region was occupied by Morocco. It is a territory that does not belong to Morocco, and is still awaiting decolonisation.

The Ramon Marull Philately Collection possesses a number of stamps that date from the days when it was a Spanish colony. The large number of stamps issued clearly illustrates the administrative division of the territory of Western Sahara, which would later become a territorial landmark for the Sahrawi nation.