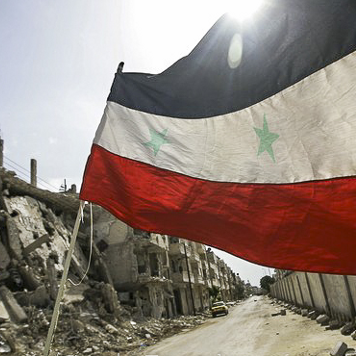 Syria, the history of the refugees

Thousands of Syrian refugees displaced after having been besieged by artillery, bombings and destruction. We could be talking about the present day, couldn’t we? We’ll get onto that subject later; first let’s take a look at Syria in 1925.

The Great Syrian Revolt (1925 – 1927) was just one of the numerous armed conflicts on Syrian soil. It took place in the context of one of the many attempts by the Arab world to free itself from European colonial rule. In this specific case, the revolt was against French rule in Syria and Lebanon. When the Ottoman Empire was broken up after the First World War, the League of Nations granted France dominion over Syria in 1920. Within five years, the resulting discontent and general tension resulted in one of the largest-scale revolts Syria has ever experienced. This uprising was led by a number of factions: Sunnis, Druze, Alawis, Christians and Shi’ites.

The revolt was initially sparked in the city of Jabal al-Druze, where the population suffered not only abuse and humiliation at the hands of the French military, the colonial forces also showed a lack of respect for traditions and the local elites. As tensions rose, an armed uprising took place against French occupation, an action for which nationalist and identity-based groups claimed responsibility. The revolt was led and organised by Pasha Al-Atrash, who became a crucial figure owing to his desire to expand the conflict throughout the whole of Syria. One of the critical points in this period was the uprising in Damascus, the Syrian capital, in October 1925. 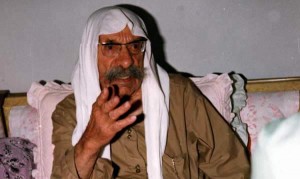 The Syrian rebels won numerous victories, but their opponent’s tactical and military superiority forced them to capitulate to France, one of the main colonial powers. The violence and repressive methods employed by the French army were called strongly into question, criticised by both the international community and French public opinion. Some MPs from France’s Assemblée Générale went so far as to issue a formal complaint to the Government of the Republic.

The French carried out massive aerial and artillery attacks which left thousands dead, most of whom were civilians. It is known that at least 6,000 rebels died, while some 10,000 people lost their homes. But apart from the destruction that was wreaked on the country’s capital, which burned for three days straight, agricultural crops were also destroyed and all trade temporarily brought to a halt. The harsh repression by the French, which was presented to the outside world as an attempt to establish peace in the country, caused one of the first large-scale displacements of refugees in the 20th century. Thousands of people and families were forced to leave their houses and belongings behind to go in search of a safe place. The need to raise funds for the refugees resulted in, among other actions, the issuing of a series of overprinted stamps to help the refugees from this conflict. You can see an example at the bottom of this article.

Unfortunately, almost 100 years later, the Syrian population has once again been subjected to warfare. In 2011 the lack of freedoms, poverty and the systematic violation of human rights caused the outbreak of a civil war between the supporters of Bashar al-Asad’s government and a rebel group. However, in addition to these internal problems, the conflict worsened seriously following the arrival of the rebels of the Islamic State faction, who have also occupied part of Syrian territory. 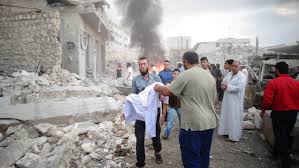 An image taken immediately after an aerial attack on Syria, October 2015.

All last summer, the media broadcast live footage of the conflict. But unfortunately, we have now become accustomed to seeing distressing images of people desperately trying to flee the war, as well as other scenes of people who, owing to financial constraints, have been unable to escape from their country, and are forced to live in subhuman conditions, under the constant threat of bullets and starvation. We have witnessed a worrying absence of political, institutional and social reaction to what has become a major humanitarian emergency. However, the one positive aspect has been the amazing efforts made by people throughout the world to help alleviate the effects of the conflict by means of fundraising activities and protests in favour of solidarity, humanity and tolerance. 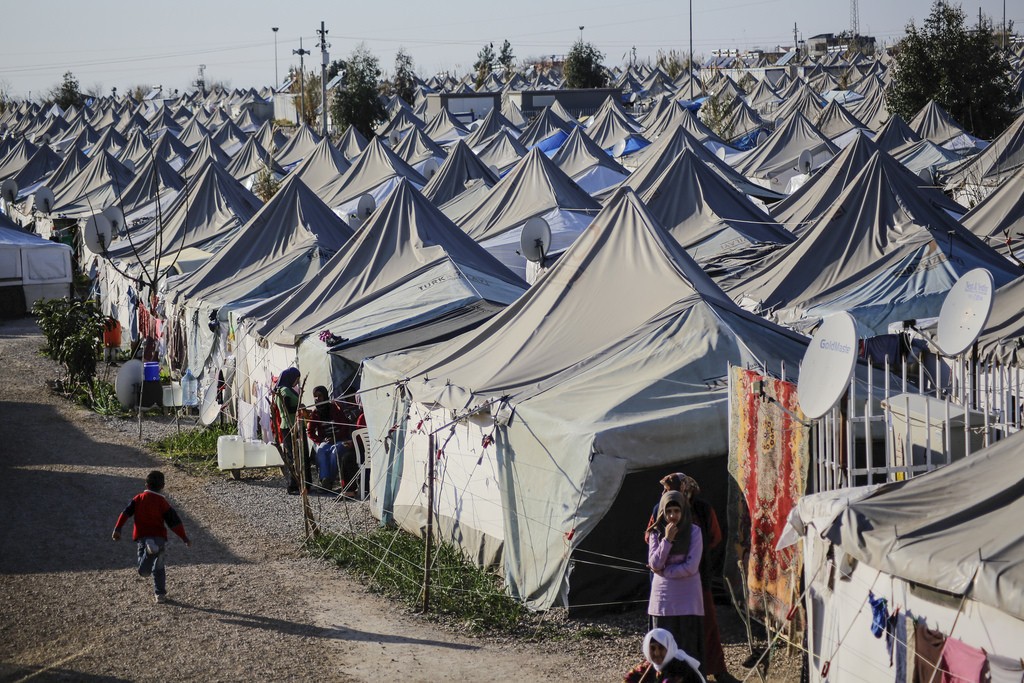 Hundreds of thousands of refugees are coming to Europe because, once again, they have been expelled from their home country. They are very brave people who have spent all their savings, or in some cases incurred enormous debts, in the hope of finding a life where they and their families can be safe – a right which nowadays seems to have become more of a privilege, at least for many people living in the Middle East. There seems to be no place for the ideals of the Arab Spring in Syria, either over the short- or the medium-term future, given that, just like in 1925, it continues to be a land crushed by authoritarianism, extreme radicalism, and the violation of human rights.

This article is dedicated to all refugees and to all those fighting for the right to a decent existence, free from the ravages of war.