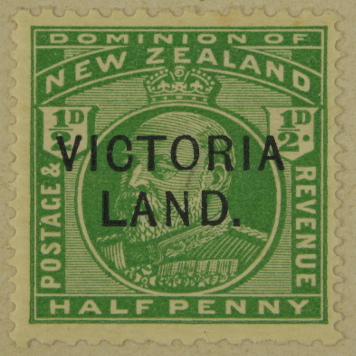 The stamps of the Antarctic

The 19th century was the golden age for daring adventurers who plunged deep into territories that were inhospitable, exotic and unknown. Naturally, the great European powers funded these exploration campaigns to further their political and economic ends. Very often the...

If we had to think of a land that is mysterious, hard-to-reach and difficult to survive in, then the Antarctic would be a perfect example. Located at the South Pole, it is the sixth continent, the last to be discovered. Almost all of its surface area is covered with ice, and it is subject to an extreme climate that makes it hard for any biodiversity to exist. Nevertheless, it is inhabited by a number of species of animals, plants and fungi that have managed to adapt to these harsh living conditions. Penguins, whales, krill and sea cucumbers are just a few of these species.

Though there had been rumours about the existence of the Antarctic ever since the early 17th century, it was not until the beginning of the 19th century that man finally set foot on it. The first visitors to this land were seal and whale hunters, who only stayed there long enough to complete their hunting expeditions.

These hunters helped to place the continent on the globe, and soon afterwards, Antarctic expeditions began which were funded by different countries. Russians, Swedes, Norwegians and Argentineans all travelled across the icy surface of the Antarctic. But while these countries’ campaigns brought many great achievements, what we will be talking about today were the missions funded and organised by Great Britain, given that they were among the most outstanding in terms of the importance of their discoveries and, more specifically, for the fact that these expeditions were linked to some of these stamps in the Marull Collection. 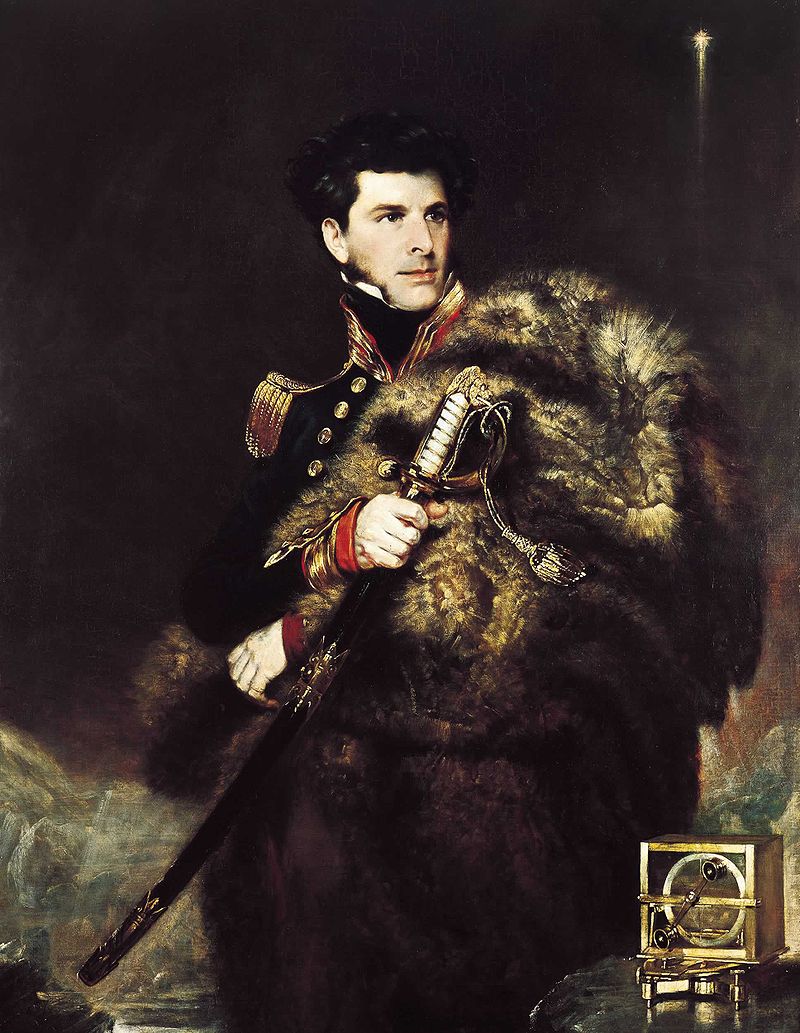 One of the earliest and most influential of British explorers was the sailor Sir James Clark Ross (1800-1862), who was a pioneer in polar cartography. Before he travelled down to the South Pole, Sir James, together with his uncle John Ross, led several expeditions to the Arctic, and was responsible for such great achievements as the location of magnetic North and the discovery of Somerset Island.

Thanks to his professional renown, between 1839 and 1843 he was appointed leader of an expedition to the Antarctic aboard the ships HMS Erebus and HMS Terror. This voyage brought many great discoveries, including the Ross Sea and the Ross Ice Shelf, the Erebus and Terror volcanoes, and Victoria Land, which was named in honour of Queen Victoria of Great Britain. 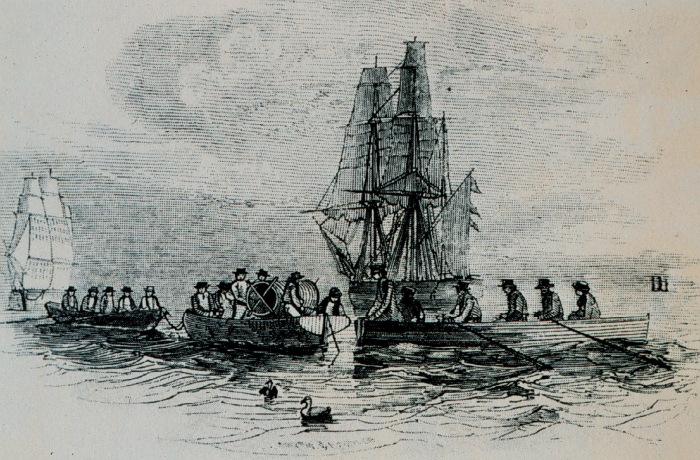 The notes from his voyages were published in Voyages of Discovery and Research to Southern and Antarctic Regions (1847), and shortly afterwards, in 1848, he was accepted as a member of the Royal Society, in honour of his successful professional career. 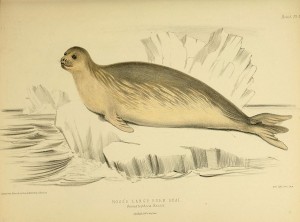 Illustration from “The zoology of the voyage of the HMS Erebus & Terror”. Source: Biodiversity Heritage Library

Apart from his geographical discoveries, a number of animal species were named in his honour, including the Ross seal (Ommatophoca rossii) and the Ross’s gull (Rhodostethia rosea).

The Discovery Expedition (1901-1904), led by Captain Robert Falcon Scott and with a crew comprised of such illustrious names as Dr Edward Alan Wilson and Ernest Shackleton, managed to reach the southernmost tip of the land, a point that had never before been trodden by man. Following this notable event, the British Empire took it onto itself the responsibility of conquering the polar ice cap.

As a result, the expeditions became increasingly ambitious, with more crew members who were specialists in many different disciplines. Scientific researchers had to put up with long campaigns lasting for months or even years. Given these circumstances, they needed to maintain contact with the rest of the scientific community and with their funding organisations, so as to keep them up-to-date with the progress they had made. The main form of communication was the postal service, sending letters with stamps that were specially overprinted for the occasion. 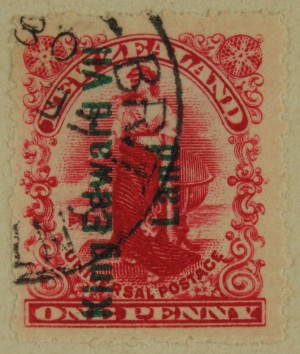 The first time these overprinted stamps were used was during the British Imperial Antarctic Expedition, better known as the Nimrod Expedition (1907-1909), which was led by Ernest Shackleton. During the expedition, Shackleton was appointed Antarctic postmaster by the New Zealand government (a country which was at that time under British rule). This position meant that he was responsible for the use of stamps on the ship, in order to maintain communications with Great Britain. The stamps used were of the penny variety and featured an image of The Allegory of Commerce, issued for the first time in 1900 and reissued in 1908 with the overprint “King Edward VII Land” for use at the British base on the King Edward VII Peninsula. We include an example of such a stamp, taken from the Ramon Marull Collection.

Robert Falcon Scott led a second expedition to the South Pole, in the wake of the first Discovery Expedition. Unfortunately, this Terra Nova Expedition, which was officially known as the British Antarctic Expedition (1910 – 1913), did not achieve its objective, either, and worse still it came to a disastrous end. Comprised of a team of 65 men, the campaign featured professionals from many different scientific disciplines, including geologists, biologists and zoologists. The total cost of the Terra Nova Expedition was 40,000 pounds, paid for by public funds and donations from private sponsors. The purchase of the ship represented a quarter of the total financial outlay alone. The funds also had to cover the purchase of transport animals and the necessary provisions for the team during the campaign. 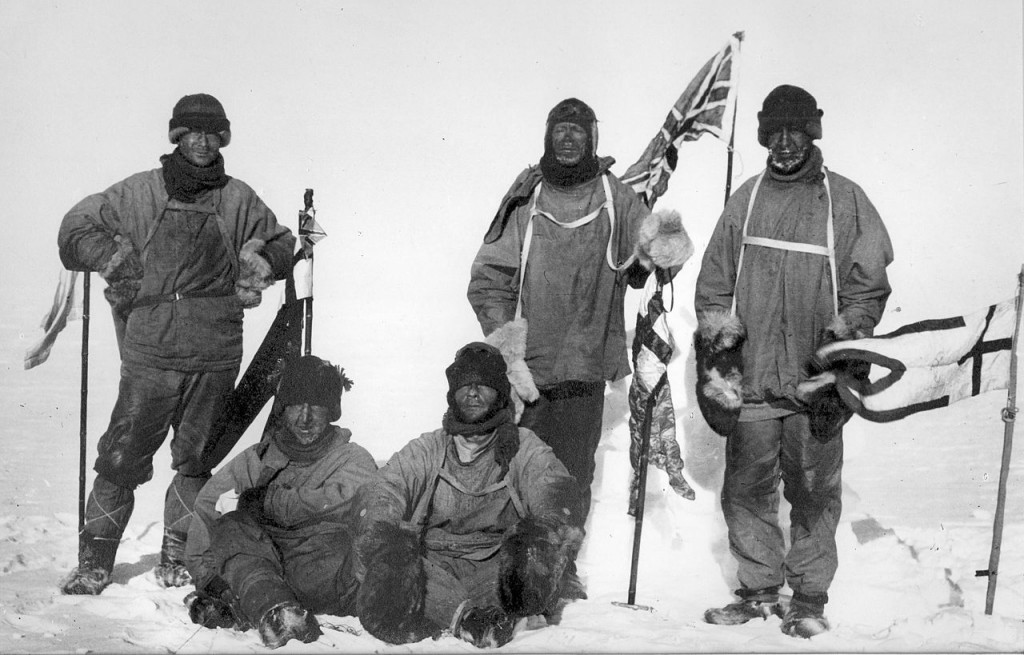 As Ernest Shackleton had been previously, Captain Robert Falcon Scott was appointed Arctic postmaster by the New Zealand government for the duration of the expedition. There were two stamps available for the expedition’s use: penny stamps that featured an illustration of the ship the Dominion, and halfpenny stamps illustrated with the head of Edward VII. Both were overprinted “VICTORIA LAND”. The latter stamps, with the head of Edward VII (like the one you can see in the Marull Collection), were issued in a print run of 2,400 copies.

The expedition set sail from the coast of Wales on 15th July 1910, and reached the South Pole on 5th January 1912, after stopping off at Australia and New Zealand. However, when they arrived they discovered that the Norwegian explorer Roald Amundsen had set off on the same route in December 1911. The route they would be following would involve research on the Ross Ice Shelf, the Beardmore Glacier and the South Pole. The failure of Scott’s expedition is generally attributed to extreme weather conditions and organisational problems. None of the expedition members survived the return journey.

The heroic actions of Scott and his men were overshadowed by Amundsen’s success, and also undermined by critics who questioned Falcon Scott’s decision-making. 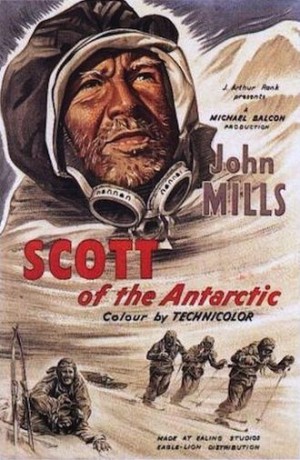 Poster for the film, 1948. Source: Wikipedia

Years later, a review of the expedition’s events took place, and which attempted to enhance Scott’s reputation. The Terra Nova Expedition inspired the film Scott of the Antarctic (1948), which featured Christopher Lee, John Mills and James Robertson Justice, among others. The story tells of Scott’s heroic struggle to conquer the South Pole in a hostile environment.

Victoria Land and much of the King Edward VII Peninsula belong to the aforementioned Ross Dependency, now under New Zealand’s administration after the British government constituted the territory by Imperial order on 30th July 1923. This area of the Antarctic is defined by a sector with its vertex at the South Pole, between the longitudes of 160° East and 150° West, and up to the latitude of 60° South.

The discovery and exploration of the Antarctic provoked great interest in the region among the world powers, both for its enormous scientific value and for geostrategic reasons. The two world wars only served to intensify the scientific expeditions, which sparked lengthy discussions over territorial claims. Finally, to put the situation in some sort of order, the Antarctic Treaty was signed in 1959. This ruled that New Zealand would be in charge of the territory’s administration, legislation and sovereignty, while not interfering with the activities carried out on it by other countries. Even so, New Zealand’s claims were only acknowledged by four countries: Australia, France, Norway and Great Britain, which also mutually recognised their respective claims on the region. 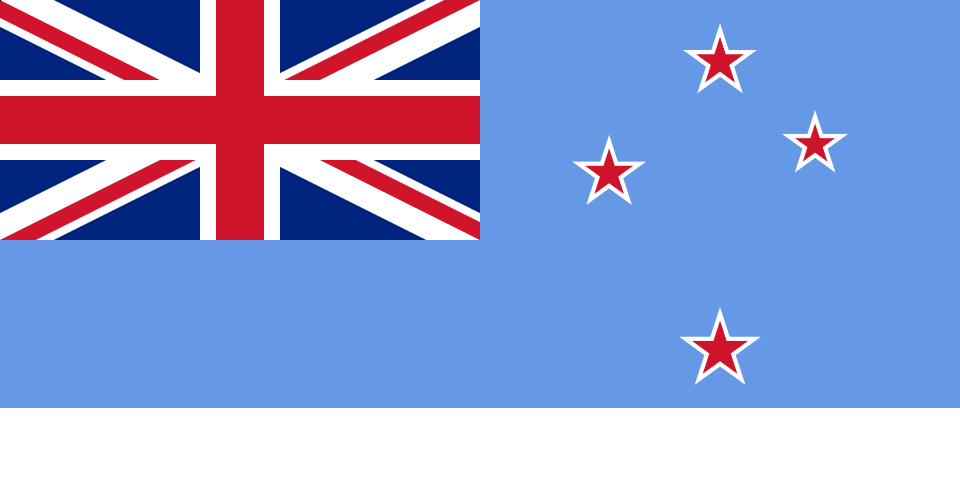