Allegories and fiction characters Items 1 of 5   | Next 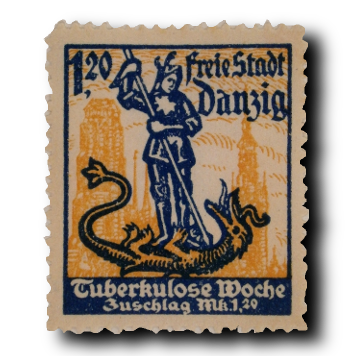 Sant Jordis around the world

Sant Jordi is a very special day in Catalan culture: it’s a day for lovers, a day for standing up for your beliefs, and also a day for the imagination, with a tale that involves a princess, night and a...

Before we begin our journey, we should investigate the figure of Sant Jordi (St George) a little more deeply. According to hagiography (the study of the lives of the saints), he was a Roman soldier of Greek origin who converted to Christianity, and who was put to death in the year 303 AD for contradicting Diocletian’s order to persecute Christians. From that point on, St George became one of the most popular saints, particularly during the Middle Ages. 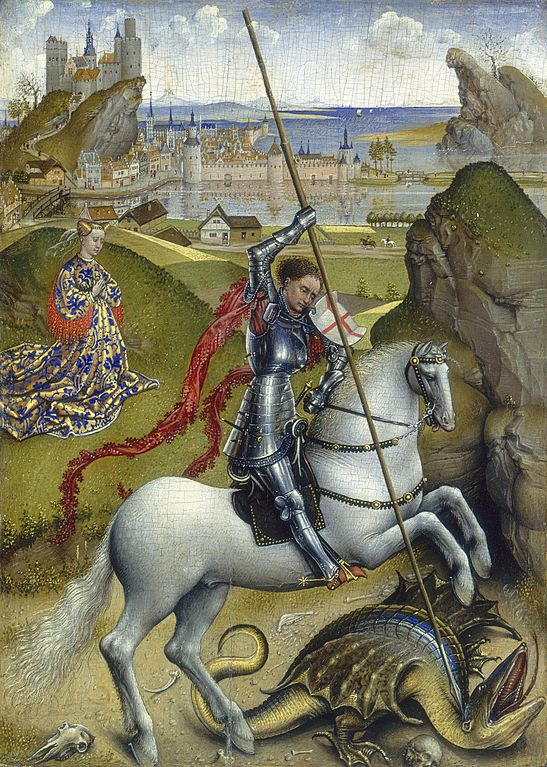 However, the best-known story about St George has no connection with any of the above. On the contrary, it is a tale that is based more on chivalry and fantasy. Specifically, it derives from a tale written by the Dominican Friar Jacobus da Varagine (born Varazze, circa 1230, died Genoa, 1298) titled “The Golden Legend“. This work enthralled readers of the Western world and soon “St George fever” spread throughout the whole of Europe, reaching Catalonia at the time when it was part of the Crown of Aragon.

As we all know, the story involves a dragon that forces the dwellers of a city to provide him with cattle to eat. When the dragon had eaten all the animals, they had to give him their maidens, until one fine day it was the turn of the king’s only daughter to be sacrificed. The king, who obviously didn’t want the dragon to devour his daughter, declared far and wide that whoever killed the dragon would have the princess’ hand in marriage. At that moment, a handsome knight appeared on the scene and – according to the Golden Legend – he declared that he would fight the dragon on condition that the king and all his followers converted to Christianity if he killed the creature. The knight went into battle with the dragon and with one blow of his sword, he cut its throat.

However, this tale was by no means new; it was taken from a legend from an earlier age. Three thousand years before Christ, a Sumerian myth told of how the dragon Kur abducted the goddess Ereshkigal, after which the god Enki fought with the creature to free her. This legend became so widely accepted socially that it was passed down from generation to generation over the centuries, through the successive Mesopotamian cultures of antiquity (including the Hittites, the Babylonians and the Assyrians), with the story’s names and location changed with each retelling.

Whatever the origin, this cultural acceptance of the character has meant that St George has become the patron saint of many different cities and countries. Below we have listed just a few of them.

Georgia, situated between Russia and Turkey, is in fact named after the saint. The national flag shows the red cross of St George against a white background. The Georgian geographer and historian Vakhushti Bagrationi documented the existence of 365 churches that were dedicated to this saint during the 18th century, one for each day of the year. In this country, the name of St George has its origin in the Persian term Gurj, which became George in English, following adaptation by mediaeval chroniclers. Gurj was the term that was used for all brave warrior men and women. 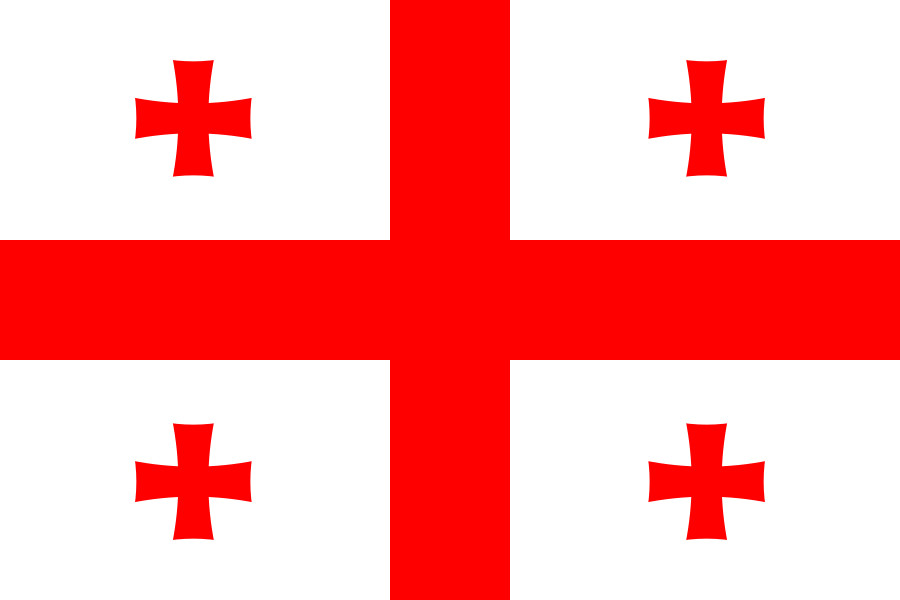 As we have seen, Gurj became the English toponym George, after it was adapted by mediaeval chroniclers. In light of this, let us take a trip back to the country of 5 o’clock tea. England’s flag also features the cross of its patron saint, St George, fluttering on flagpoles throughout the country. According to historical research, St George was first included in the liturgy in Durham Cathedral in the ninth century. However, it was not until the 12th century, following the Crusades to the Holy Land, that the Saint became popularly worshipped throughout the entire country. 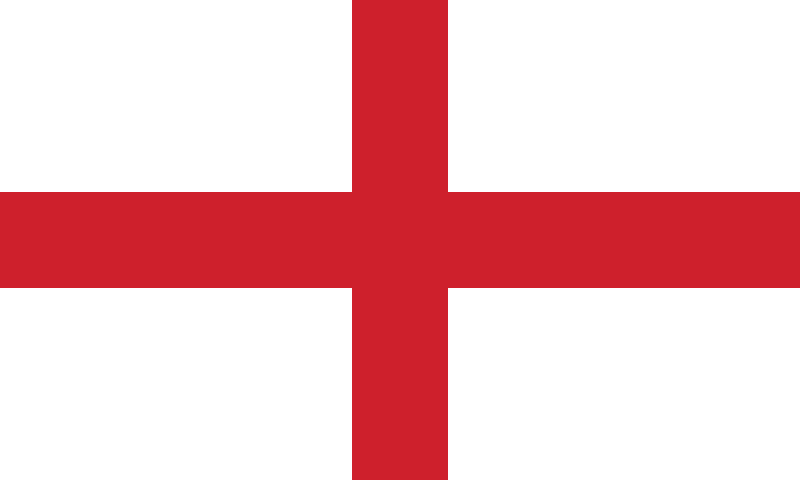 The flag of England. Font: Wikipedia

Also in Europe, St George is particularly well-loved in Greece. Many different towns and cities adopted George as their patron saint, including Arakhova, Eratyra, Goumenissa, Ierapetra, Nemea, Nigrita, Sidirokastro, Soufli and Vevi. He is also the patron saint of the country’s armed forces.

St George is furthermore the patron saint of Romania, and oddly enough, kilometre zero in Romania is located right in front of the church of St George (in Romanian, Sfantul Gheorghe), in the centre of Bucharest. The monument marking this spot was created by Constantin Baraski in 1938, and from this point all the other towns and municipalities in the country are measured. 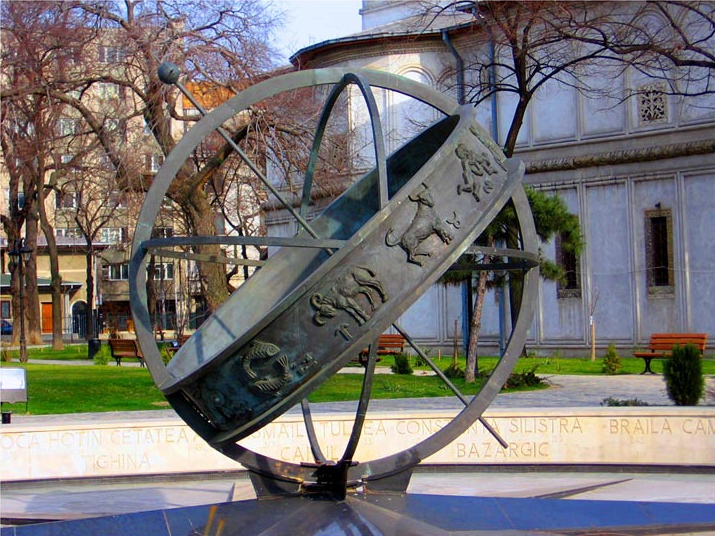 The monument is divided into eight sections, each representing a Romanian historical province. Photograph: http://www.sfantulgheorghenou.ro

St George is also present in many towns and municipalities in Germany, thus it appears on the coats of arms of Friburg, Hannover, Bamberg, Bürgel, Dießen am Ammersee, Eisenach, Mengeringhausen, Schwarzenberg and St. Georgen.

Turning to the stamps devoted to St George in the Ramon Marull collection, there is a series that was issued in the free city of Danzig (1920-1939), which is now called Gdansk and is part of Poland, and which was issued during the period of the city’s separation from Germany, when it was under the protection of the League of Nations. These particular stamps were issued to raise funds to cover the cost of the fight against tuberculosis, and feature a particularly striking design.

In Russia, the largest state in the world, St George was first worshipped in the 11th century under the reign of Yaroslav the Wise (1010-1019). Devotion to the saint in turn replaced a pagan goddess: Dazhbog, goddess of the sun and patron saint of farmers and shepherds. St George is also the patron saint of Moscow, and thus he appears on the city’s coat of arms, dressed as a knight. Curiously, two of the highest decorations a Russian citizen can receive are the Cross of St George and the Order of St George. By the way, don’t bother looking for the name “George” in Russia – the name translates as Yuri, and is quite a common one in this country. 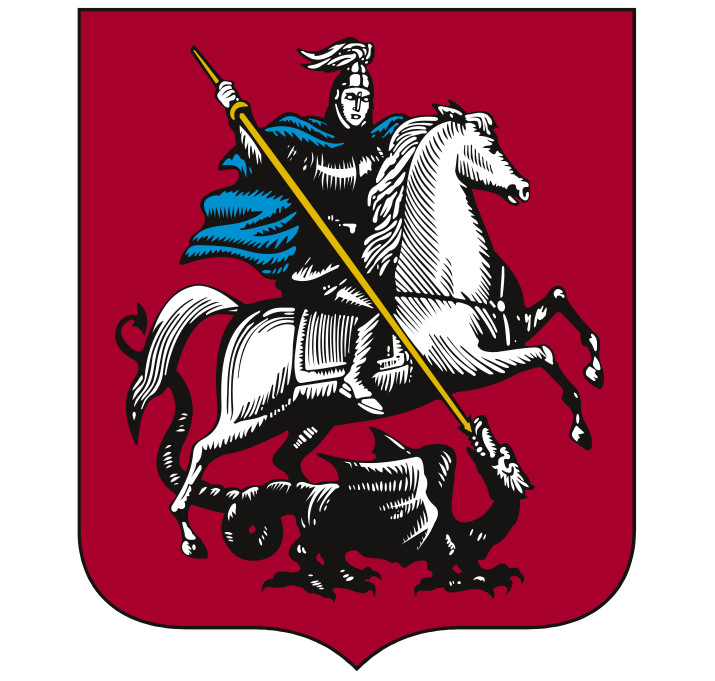 Coat of arms of Moscow. Wikipedia

Our journey ends in Ethiopia, where the knight is also the country’s patron saint. Ethiopia adopted Christianity in ancient times, when it was still the Kingdom of Aksum in the 14th century. At present, more than 60% of the country’s population are Christians. The exact origin of how St George came to be worshipped in the country is not clear. Some claim that it derived from an adaptation of the Greek legend of Perseus, which may have originated in Ethiopia. Because Perseus also killed a maleficent creature to save a woman, let us not forget. Others claim that it was Egypt’s Coptic Church that brought the legend to Ethiopia. In any event, the myth was translated into Amharic in the 15th century, and the saint’s popularity immediately spread through the country.

And so, as we can see, our patron saint is not exclusively ours, but even so, every 23rd April, roses and books fill our towns and cities. Many happy returns to all you Jordis and Jordines!