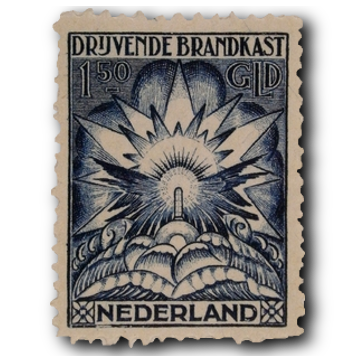 This year is the 105th anniversary of the sinking of the Royal Mail Ship Titanic, at 2:20 a.m. on 15th April 1912, in the icy waters of the North Atlantic Ocean. The impact of the tragedy resounded throughout the world, as the accidental deaths of 1,517 people represented one of the most devastating shipwrecks in history. The accident produced some moving stories, as well as tales of bravery and heroism that are remembered even today in literature and cinema.

Today we will be “revisiting” the legend of the Titanic, and focusing particularly on a surprising story, one that is comparable to the well-known one about the Titanic’s orchestra. Five people who embarked upon the voyage not for pleasure, but to work, and who unfortunately also lost their lives: the postal workers. They were John March, Oscar Woody and William Gwinn (all US citizens), and John Smith and James Williamson, from Great Britain. 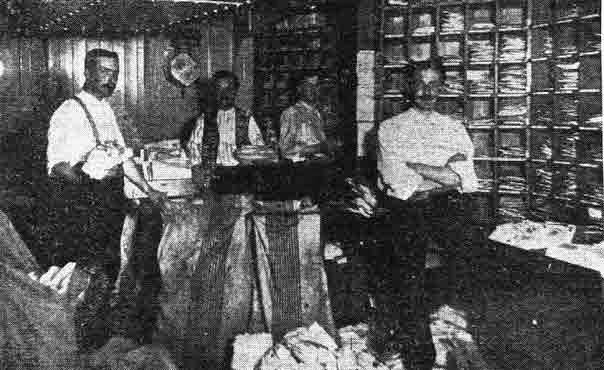 The Titanic was provided with a post office that administrated all the correspondence of the passengers and crew. The shipping company that owned the Titanic, the White Star Line, had been contracted to act as the postal service between Europe and the United States of America. Seapost (the name of the postal service on ships that operated in international waters) became a monopoly for the contracted company which maintained the service throughout the whole voyage, ensuring juicy profits for the owners of the ship and the company. Thus, the Titanic was a veritable seagoing post office, where they collected the letters, sorted them and franked them on their destination routes.

On the evening of that fateful accident, on 14th April 1912, when the transatlantic liner hit the iceberg, the postal workers were celebrating Oscar Woody’s 44th birthday. Contrary to what one might expect, when panic spread at the realisation that the ship was sinking, the postal workers ran, not to save their own lives, but to save the correspondence. When they realised that the Post Office was filling up with water, they made several trips to the upper deck in the hope of leaving the 3,364 sacks of mail of which they were in charge in a safe place. It is estimated that they were transporting up to 200 sacks of certified mail. A laudable and surprising reaction, bearing in mind the ultimate enormity of the tragedy. But in the end, neither they nor their precious mail could be saved.

Years later, in memory of those postal workers, of their commitment and dedication to their work, a commemorative plaque was inaugurated at Southampton. The dedicatory words on the plaque end with the quotation “Steadfast in Peril”. And that is how those five men should be remembered.

We conclude the article with a video produced by the Smithsonian National Postal Museum: “Posted Aboard the RMS ‘Titanic'” (1999-2000)