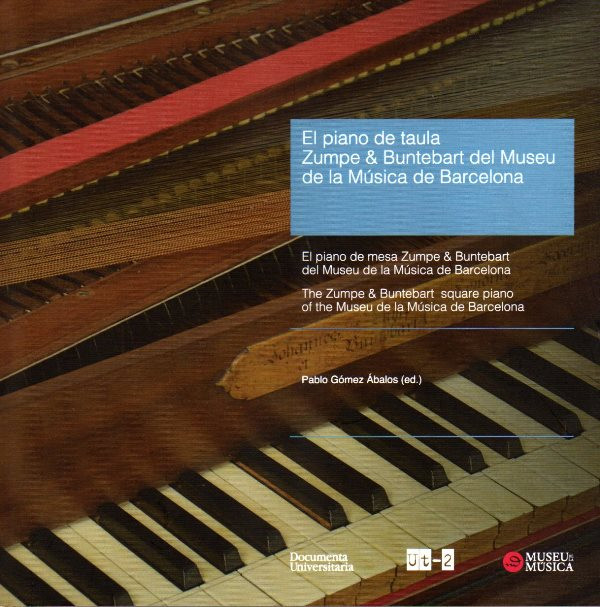 Until now, no book had ever been written exclusively about Zumpe and his pianoforte. So, this is the first publication devoted solely to this maker and his formidable instruments. It was sparked by the Barcelona Music Museum’s restoration project for the 1776 Zumpe & Buntebart pianoforte after a lengthy process of research and study carried out by the German restorer Kerstin Schwarz.

Pablo Gómez Ábalos is the editor and co-author of this book. He highlights that this "sophisticatedly simple pianoforte designed and constructed in 1766 by Johannes Zumpe (1726-1790) was the true driving force behind the piano's social, commercial, and creative route forward”. Hence, the book spotlights a constructor and an instrument that are both of cardinal importance in piano history and places the instrument in its social context. On the other hand it thoroughly shows the whole restoration process.

The articles of the book are written by credited specialists on the matter such as Michael Cole (Scholar, Harpsichord and Pianoforte maker and restorer), Pablo Gómez Ábalos (Freelance scholar, fortepianist and clavichordist), Kerstin Schwarz (organologist, early keyboard instrument maker and restorer) and Marisa Ruiz Magaldi (Curator of Museu de la Música de Barcelona).  The index of the book is as follows:

In the Preface, one can discover how the instrument arrived at the Barcelona Music Museum, his early owner, and how was the process of acquisition. As the museum’s curator Mrs Magaldi says: “In respect of this Zumpe piece, there were no offbeat episodes involved, nor hidden intermediaries or clandestine moves; every step in its acquisition is perfectly documented, the City Council was extraordinarily competent, the registration and documentation are flawless, and the piano has always been available for exhibition to the public who, to all intents and purposes, are its rightful owners.” 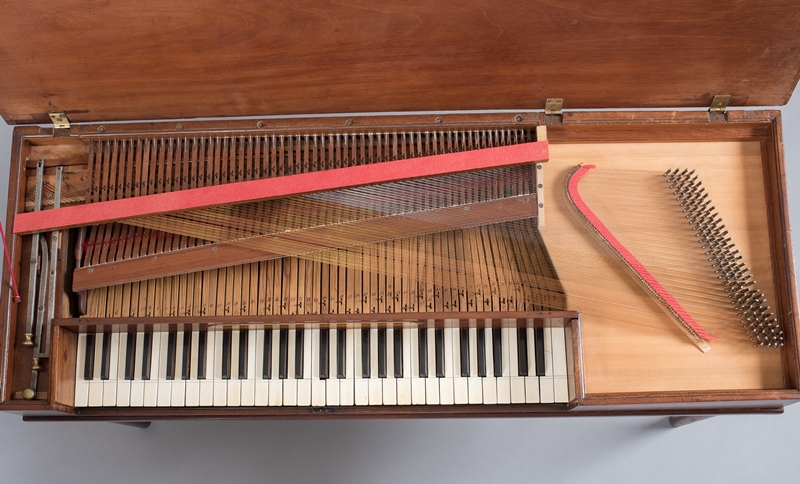 The following chapter by prestigious British scholar Michael Cole put the instrument and the makers (Zumpe and Buntebart) in their historical context giving essential details about the materials used in these instruments, and their construction.  There is a short section on counterfeit instruments and also on “Organised Pianos” (combinations of these instruments with a small organ) since the instrument in Barcelona was coupled with and organ in some moment of its history.

The central chapter is written by Pablo Gómez Ábalos and tries to reveal how Johannes Zumpe not only designed a cardinal instrument in piano history but a fruitful business in a smart way, from his beginnings making the exotic English guittar and even the English harp. The second section of this chapter describes the origin and influences in the creation of Zumpe’s first pianos, also shows a researching from the keyboard in seeking the contribution of Johann Christian Bach in the design of the Zumpe "ideal" prototype.

The third essential chapter of the book deals with the museum’s Zumpe & Buntebart piano restoration for musical use. It is an interesting report by the German restorer Kerstin Schwarz of all the process of recovery from the preliminary ruin state of the instrument at the museum before the restoration. She shows a clever analysis of the ethical considerations behind the decision to go ahead with the restoration of this instrument and says “This square piano would not lose part of its originality by restoring it but, with a careful restoration, win back its original beauty and speech. It was a good example of where restoration can work at its best.” 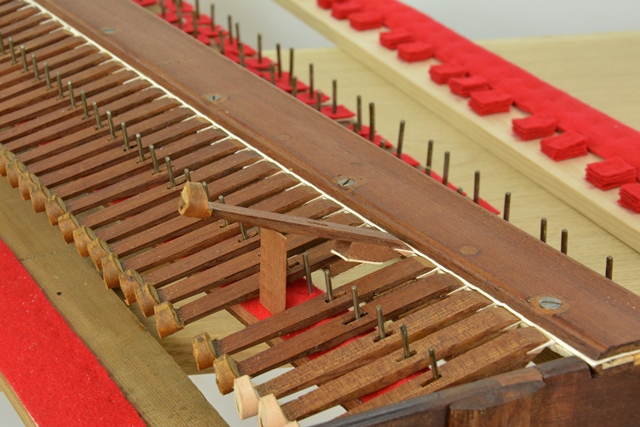 The last chapter is a short annotated bibliography by Pablo Gómez Ábalos, updating the reference studies around the Zumpe piano. The book ends with an appendix, that is a factsheet of every Zumpe piano mentioned in the chapters (18 instruments in total). The book is written in three languages (English, Spanish and Catalan) and it can be purchased in both printed version and e-book version with audio-visual materials (interviews and musical performances). All copies in print version have a code at the end for downloading the e-book.