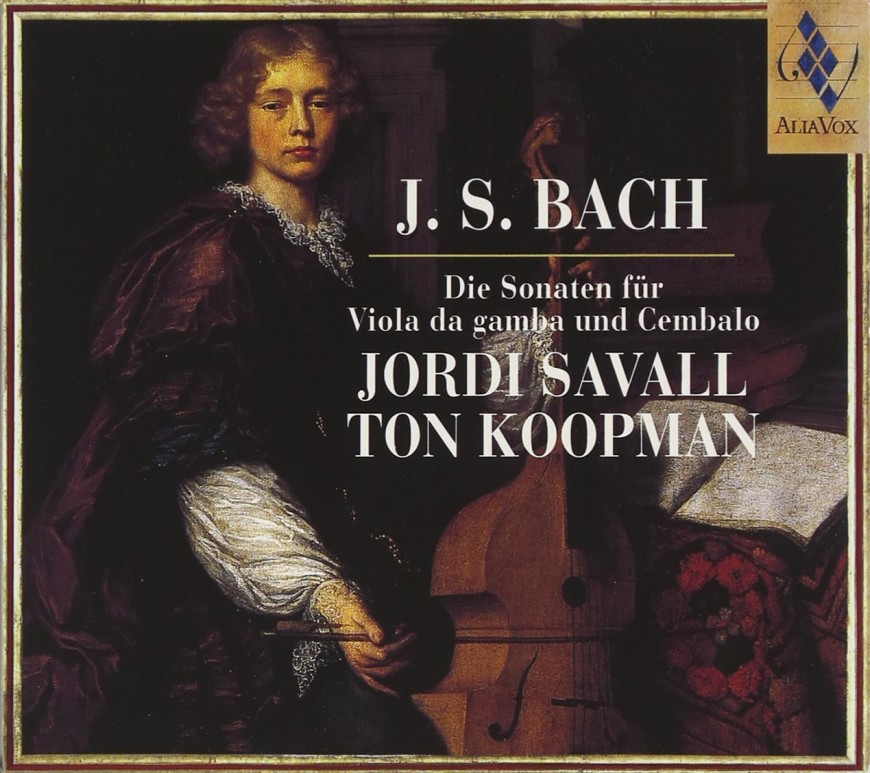 Bach and Zell in the Cardona Castle

Recording from January 3 to 5, 2000 in the Cardona Castle Collegiate, of the sonatas for viola da gamba and harpsichord of Johann Sebastian Bach.

Recovering the voice of historical instruments is never easy and not always possible. Often the interventions made, either by the wear and tear of its use or to adapt it to the musical demands of each era, can bring an instrument to a very different state from when it was built. Also poor conservation can leave unrecoverable damages.

The harpsichord built by Christian Zell in Hamburg in 1737 has experienced several interventions that fortunately have not prevented us from regaining their sound. It was acquired by the Museu de la Música de Barcelona in 1947 to the Folch i Torres-Baget collectors. Although we have documented references of two previous restorations, we can situate in 1980 as the beginning of a clear approach to restoration with historical criteria. The revision of the previous restorations and the state of conservation in which the instrument was clearly indicated the importance and real possibility of having a Baroque instrument that could sound and be played in conditions very close to the original.

The restoration, carried out by the maker Joan Martí, was carried out with the maximum respect possible to materials and techniques of the time.  Analysisof woods, glues and pigments with techniques such as X-rays and infrared were made before and during the restoration process to determine the original parts and the existing modifications. Also the study of the two other harpsichords left by Christian Zell in Germany contributed in the decision-making process.

Obviously there are parts of the instrument that should be changed periodically due to systematic use. Strings are a clear example: they were replaced by iron strings made with historical criteria. On the other hand, jacks are a vital part of the harpsichords. The movement of each jack by its rail when being actuated by the key must be precise, and time and use carry a wear that must be controlled. It was noted that in the previous restoration jacks and rails had been changed, which had been preserved in part. Although we were not sure that the rails stored outside the instrument were original, it was considered more appropriate to return them to the instrument. The supposedly original jacks were not suitable for a playable condition and it was more appropriate to keep them as a historical document. The new jacks were correct, and boars’ hairsprings were placed following the old tradition. Peaks were made of flexible plastic. It was decided to leave them, since putting bird feather in an instrument that must be used musically means a constant conservation and harmonization. Nevertheless, it was valued that this intervention could be done at any time, since the supposed original jacks with rest of pen peaks that could serve as model.

Once the restoration is complete, the instrument has been kept in playable condition. Besides regular maintenance work, for recordings or musical auditions a set-up, harmonization and tuning is done. 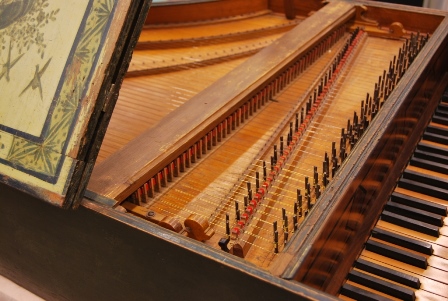 In 1998 the recording Hispanic keyboard music, featuring a track played with the harpsichord Zell, evidenced the quality and historical interest of the instrument. The following year Jordi Savall made a proposal: a recording of the Sonatas for viola da gamba by Johann Sebastian Bach with the harpsichordist Ton Koopman: the best performers of Early Music and an instrument from Bach’s time conserved at the Museu de la Música. The only possible problem was the recording place, the Collegiate Church of Cardona, near Barcelona

The preservation of ancient instruments such as this harpsichord is possible in places such as museums thanks to the existing conservation conditions and the activity that takes place. Withdrawing the instrument from the Museum facilities entails sudden changes in temperature and humidity, risks of biological contamination and risk of damage during transport and handling. However, before restricting the use of our cultural heritage, we had to study the case thoroughly before making the right decision, as there are many factors involved.

First, a recording represents a historical document that will always be preserved. In addition, it was two world-class musicians, and therefore with a quality guarantee beyond doubt. If it were an unregistered concert we should probably value it otherwise, since there would be no documentary trace left. Signing up in an 11th century building with an age-old history and excellent acoustic qualities was also an added bonus. Taking into account the good condition of the instrument, the guarantee of supervision by the Joan Martí and the conditions offered by the Collegiate Church of Cardona, we decided to authorize the loan of the instrument for the recording.

Good packaging and a quiet and distracted van trip talking about music and instruments did not mean a problem to get to Cardona. The Romanesque stones welcomed our delicate instrument. The cold was not a danger, on the contrary, insects did not fly during this time of the year, and a stove and some blankets contributed to maintain the temperature stable. The restorer tunes the instrument and is present throughout the recording. The sound engineer is ready. Ton Koopman’s hands caress the keys of the harpsichordfrom 1737. Next to his hands, those of Jordi Savall catch with delicate decision a viola only twenty years younger than Zell’s haprsichord. We can hear the first notes of the Sonata IV for viola da gamba and keyboard by Johann Sebastian Bach.