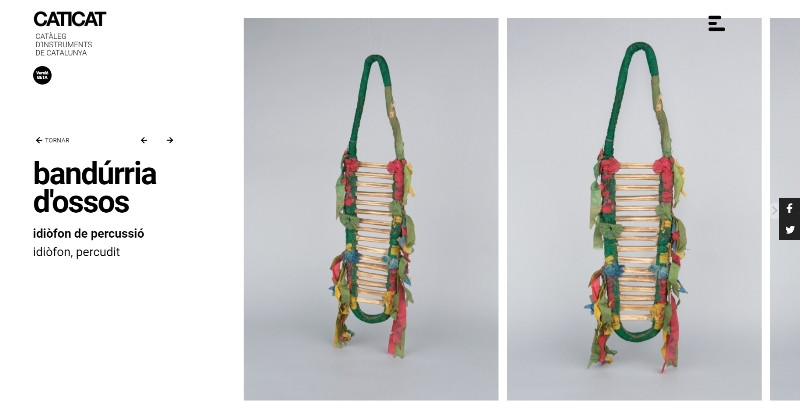 The CATICAT project (Catalog of Instruments of Catalonia) began in 2001 led by the Museu de la Música, with the aim of locating, inventing and documenting all the public collections of musical instruments in the country. In that first phase, 17 institutions from all over Catalonia were identified with collections of instruments, both publicly and privately owned but always open to the public. The technical team of the Museu de la Música traveled to the 17 museums to access, photograph and document more than 1,500 instruments. The results of these search campaigns were a database in Microsoft Access format, with about twenty fields describing the name of the object, the dimensions, the authorship, the place, the inscriptions, the organological classification and more. 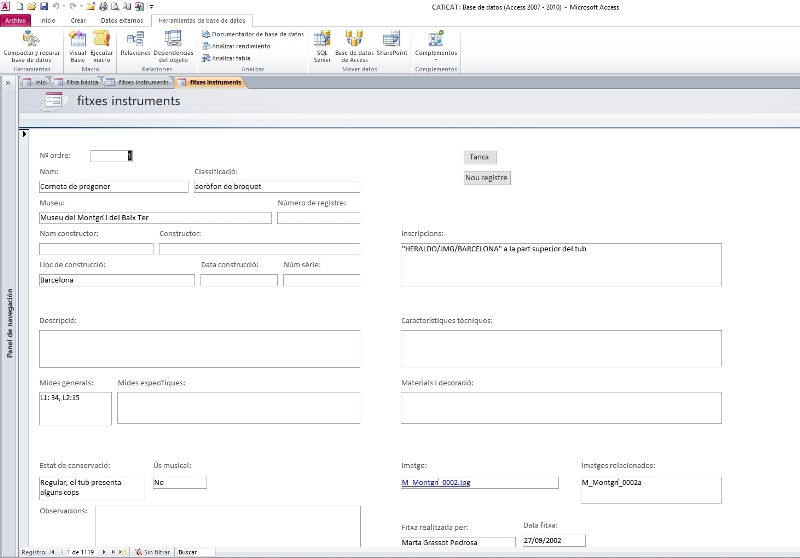 The next two decades have been dizzying: digitization has made it possible to have massive and almost unlimited access to information about collections, works of art and heritage in general around the world. Today, if you don't have an online catalog, you don't exist. In addition to the catalogs of each institution, many digital collective heritage enhancement initiatives have emerged, such as Europeana, which, in addition to facilitating access to millions of digitized heritage objects, allows their reuse. In addition, heritage institutions have developed standards and guidelines for cataloging works of art and for the digital images that identify them. 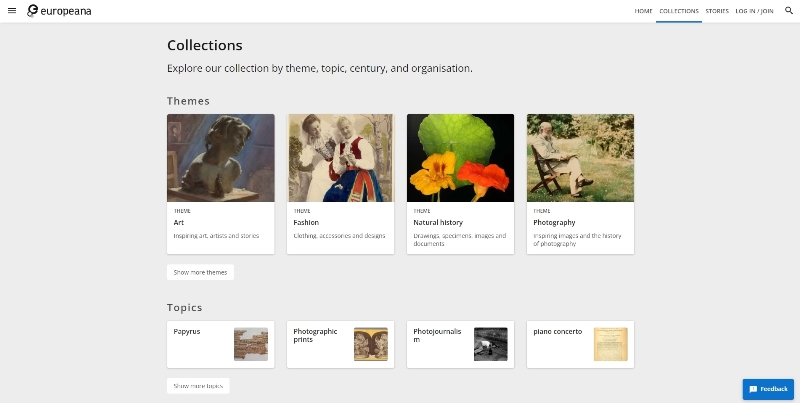 Given this context, it was clear that the CATICAT project needed revision, updating and development, as well as, and above all, a website that would allow the results to be published online. Thanks to the support of the Department of Culture, which made an extraordinary contribution to the Centre Robert Gerhard per la Promoció i Difusió del Patrimoni Musical Català, in 2020 we were able to resume the project to complete and expand the information collected in the first stage and publish- on a specific website, which allows you to jointly consult a large number of collections of musical instruments in Catalonia.

This project is inspired by initiatives such as the British MINIM, led by  Royal College of Music of London, or the French Base Nationale des Instruments de Musique by Philharmonie of Paris. The Museu de la Música has been collaborating with these institutions for some time, with whom shares the international database MIMO (Musical Instruments Museums Online). CATICAT, therefore, wants to be the national platform for the dissemination of Catalan musical heritage, specifically of instruments, at the level of the main European national collections.

These have been the steps followed:

Once the relevant revisions have been made, CATICAT’s web was released in beta on May 3, and several improvements are already underway to make navigation more intuitive, expand information on participating museums, and include narrative content that highlights the instruments of different museums.

Today, we can find musical instruments in the collections of 17 Catalan museums:

During 2022, a new photography and documentation campaign is planned in several museums that have joined the project, such as the Museu de Tortosa, the Museu Etnogràfic de Ripoll, the Museu del Cinema-Col·lecció Tomàs Mallol in Girona, the Museu Etnològic del Montseny-La Gabella, the Tresor de la Catedral de Girona, the museu Diocesà Comarcal de Solsona or the Museu de la Noguera. Apart from these, other institutions in Girona, Lleida and Tarragona are in the process of joining. We hope, therefore, to bring together in a single access point all the musical instruments in public collections in Catalonia, and to make visible a heritage that is often little known and studied.