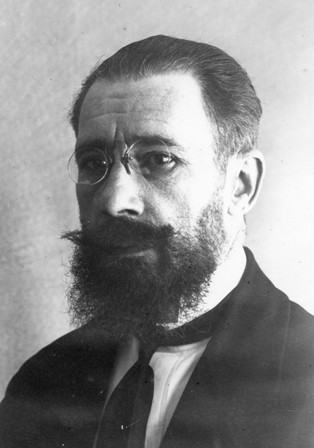 Josep Barberà i Humbert. A life lived for music

Josep Barberà was born in Barcelona in 1874 and studied music at the Liceu Conservatory. Around 1907-1908, he was placed under the training of Felip Pedrell, with whom he forged a strong friendship that would last until the death of the teacher in 1922. It was Pedrell who endowed him with the definitive guidelines for his career.

In 1917 he gave his first Course on Melody, which attracted the attention of musicians and performers of the time. Thanks to this humble success, the City Council of Barcelona subsidized his later courses on the subject. Another outcome from this course was that the pedagogue Maria Montessori commissioned him to study the musical education of children in her schools.

The Montessori school and the melody course were abolished under Primo de Rivera’s dictatorship. Then, in 1925, Josep Barberà joined the Liceu Conservatory as a professor of harmony, counterpoint, fugue, composition and instrumentation. At that time, the institution was directed by Joan Lamote de Grignon.

In 1931, Lamote tendered his resignation alleging overwork. It was then that Josep Barberà was appointed director, after having substituted for Lamote on previous occasions. Worth pointing out about his activity as director at that time, and until 1936, are the creation of the organ class, the beginning of the Conservatory Orchestra and the founding of several affiliates that contributed to enlarging the institution.

When the Civil War broke out, the Liceu Conservatory and its affiliated entities were seized by the government of Catalonia, which appointed a delegate to run the institution. However, the Conservatory’s director and teachers kept their positions. Under Barberà’s leadership as director, the Conservatory increased the number of professors and subjects. The chairs of Musical Forms, Chamber Music, Musical Education, and Extensions from Harmony to Melody were created. Other subjects were also expanded, and grants were obtained to create and maintain a library and a record library. However, an atmosphere of serious tension arose in the Conservatory, which ended up undermining Barberà’s desires and interests, so he resigned from his position at the beginning of March 1938. Nonetheless, the minister, Carles Pi i Sunyer, did not accept his resignation until the month of May. Thus, his leadership came to an end and when the Francoists entered Barcelona, on 26 January 1939, he was side-lined from the Conservatory.

Parallel to his leadership at the Conservatory, Barberà was also part of the Consell de l'Escola Nova Unificada (CENU) [Board of the New Unified School (CENU)], and presided over the teaching rapporteurship, replacing Joan Alavedra. He was also appointed treasurer of the Editorial Commission of Catalan Music, created by the Government of Catalonia in 1938.

In addition to these activities, Barberà worked in the field of ethnomusicology following Felip Pedrell’s guidelines and collaborated on the Obra del Cançoner Popular de Catalunya (OCPC) [The work of the folk song collection of Catalonia (OCPC)] since its foundation. Together with Pere Bohigas, he carried out research missions in La Segarra County, which can be found in volumes II-III of the OCPC published in 1926 and 1928. He also investigated in the Vallès County, although the findings were not published until 1996 in volume VI, since the Obra was interrupted by the Civil War. The materials were stored in Switzerland and were brought back by Rafel Patxot to the Abbey of Montserrat in 1991.

Josep Barberà’s studies on Catalan folk music have not been published but notes of his lectures on this subject are still preserved. The Les variants de la cançó popular [variants of folk songs], for example, were given to the Ethnography and Folklore Archives of Catalonia. Another study, Concomitàncies de la cançó popular catalana amb la d’altres països [Concomitances of Catalan folk music with that of other countries], was published in the Revista Musical Catalana; and still another, Supervivències gregues en la cançó popular catalana [Traces of Greek influence in Catalan folk music], was presented at the Congress of the International Society of Musicology held in Barcelona in April 1936.

Barberà never stopped devoting his life to composition: choral works, lieder, piano music, harmonized national or foreign folk music, and a long list of other things. In the symphonic field, he wrote El fumador d’opi [The opium smoker] (1919), Els ballaires dintre un sac [The dancers in a sack] (1921), L’enterro de la bruixa [The burial of the witch] (1922), Idil·li (1921), Alfeu i Aretusa [Alpheus and Arethusa] (1933) and Simfonieta [The little symphony] (1931). We could add, among others, Simfonia - which could not be released due to the Civil War - and Lamentació, released by the Abbey of Montserrat.

During and after the Civil War, he also composed Clar de lluna [Moonlight], a second Idil·li, Jael, Agar, several Waltzes and Preludes for piano, and a Simfonia sintética [Synthetic Symphony], which was left unfinished, but for which he left written the first and second movements.

His theoretical works are still unpublished - the material is now in the Library of Catalonia -, except for Cuatro lecciones de alta teoría musical [Four lessons of upper musical theory] (J. Masó ed., Barcelona, ​​1948). Finally, he revised and updated the Spanish translation of the Diccionario de la Música [Dictionary of Music] by Michel Brenet (Barcelona, ​​1947), and collaborated on the dictionaries of music by the Labor Publishing House, and by Albert Torrellas, which were published after his death on 19 February 1947.