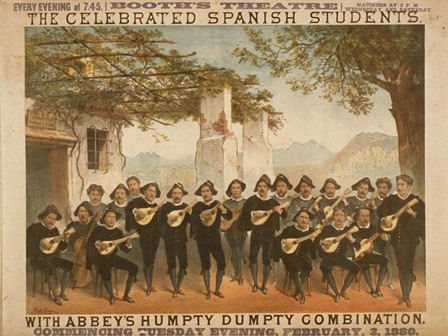 Organology of the ‘tuna’ and the ‘estudiantina’: a brief note

We’ve started the new school year and, with it, the discovery of new and interesting things, as is the case of instruments that make up part of a ‘tuna’ or a ‘estudiantina’ (typical Spanish student bands). We know the ‘tuna’ is a musical group made up of university students. But its history goes back much farther.

We should distinguish between the estudiantina and tuna traditions. The latter is basically made up of university students and, beginning in the 20th century began to spread throughout the world. According to Wikipedia, the estudiantinas may have originated between the 13th or 14th centuries and emerged from the tradition of the Goliards, who were young people who had left monastic life to write poetry in exchange for good food and good drink. In fact, “They had a predilection for music, drink, food, play and love”. Another possible origin, that does not rule out the other, would be that they were poor students who lived on the vegetable soup that convents gave free of charge to the needy. These “soup eaters” would earn their keep by using their musical talent to cover at least part of the cost of their studies and livelihood (see the article on Wikipedia). At first, all those students with scant economic means were part of them. It was how they could cover the bare necessities and, according to the Archpriest of Hita, it was a useful way to get young ladies to fall in love with them.

The etymology reveals hypotheses to suit every taste; here are a few based on an article by Rafael Asencio González:

Asencio says that the last hypothesis is the most likely to be certain, since the first meaning of tuna according to the reference Dictionary of the Spanish Academy (RAE) is “Loafing, cheerful and living a vagabond lifestyle”. The fishing season was very attractive for the vagabonds and spendthrifts who populated Spain in the XVI and XVII centuries. They came to the “Conquest of Tunis”, meaning the fishing of tuna. This lifestyle would begin to be called, in Spanish, tuna and, those who practiced it, tunos, who acted as rogues as they criss-crossed the land. Thus, tuna and tunos have the same lifestyle, some naturally, others due to need.

On the other hand, the word estudiantina is possibly more modern, and would refer to those groups who tried to get away with what they could. They consisted of students of little means who participated in tunas. Thus, both beggars and students went to convents, inns or door to door looking for food.

Apart from all the history and lifestyles of estudiantinas and tunas, we could classify them into two groups: real student bands or estudiantinas, made up of college students that got together to make music at universities and wherever they were asked to do so, and those who went out to carnival dressed as students, the troupes or so-called comparsas (Amades, 1952). We will refer to Amades, because he presents comparsas with unusual instruments. 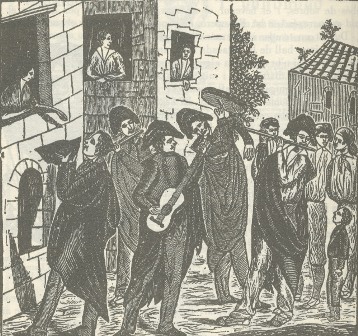 If you look at the organology of traditional estudiantinas, guitars, bandurrias (a type of lute) and tambourines are often mentioned. It is also true that, as they extend to other countries, each country’s instruments are incorporated into the tunas. In Spain, the instruments that are often included are: lute, bandurria, guitar, small and large tambourines, drums, vihuela, buisine (long trumpet), xeremia (shepherd’s pipe), the bagpipe, cowbell (Belmonte, 2015).

Joan Amades refers to the “student troupes or comparsas” in the illustrations of his Costumari català. Students held dances in orchards, which overflowed with music and revelry. These dances were attended by middle-aged women who, either had a physical defect or were quite old, but who had money, to see whether they could find a student who wanted to marry them, since it was easy for the latter, given their condition as poors, to drop out of their studies for money.

We’ve transcribed some fragments below in which Joan Amades describes these student troupes or comparsas:

The comparsas are an old part of carnival traditions. In the past, they were organized nearly in their entirety by students and received the name estudiantinas or tunas, from which the term tunant was derived, with the double meaning of resourceful, headstrong.

Students’ lives in older times had been very precarious. They used to organise musical singing ensembles accompanied by stringed instruments and would visit rich and wealthy homes, where they brought an air of youth and glee. They were given a drink and some or another amount of cash. In fact, these comparsas would end up becoming a shameful class. For Carnival, the students tried to arouse sympathy, they alternated visiting well-off people and collected some money, so they could have a good time for a few days and leave behind being habitually and endemically broke. When organization of comparsas spread to other young people, apart from the students, in order to distinguish them from those who were not students, people called them Cretan-hat and bright-cloak comparsas, which was the festive and funny term that was given to students in general. The old students had taken a very active role in organizing Carnival celebrations in the old days. Indeed, as we have previously mentioned, the oldest date we have for Carnival in Barcelona refers to students.

The students of a century ago still organized comparsas, estudiantinas and tunas. It seems that two of them were specialized in organizing comparsas: a poet from dry lands named Josep Vilà wrote the cobles and verses of songs, and a musician known as Senyor Basili added the music.

In Olot, there was a comparsa that was considered an estudiantina that sang and played through the streets. They collected money to help hospital patients. 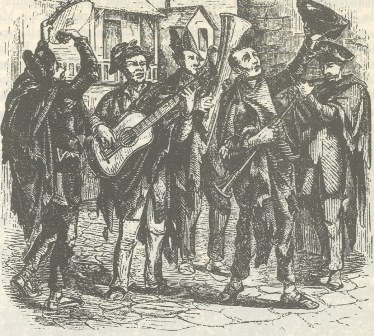 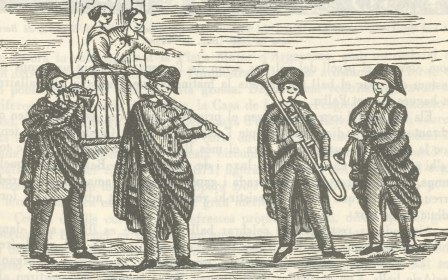 These two songs from XIXth takls about “La estudiantina” and “La nueva Estudiantina”.

Finally, we progress to two great ideas: these groups had a clear social function and, as for estudiantinas, they seem to be more formal associations with closed groups of instruments and, on the other hand, comparsas seem to be more informal, open groups. They are reminiscent of the celebrations of the Cors de la Barceloneta, where the gathering and celebration were more important than the repertoire or instrumentation. 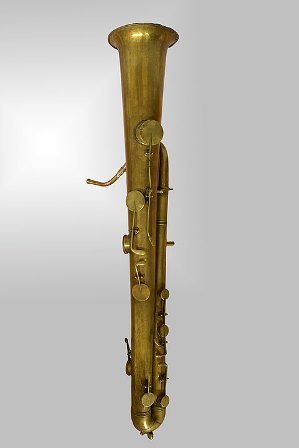