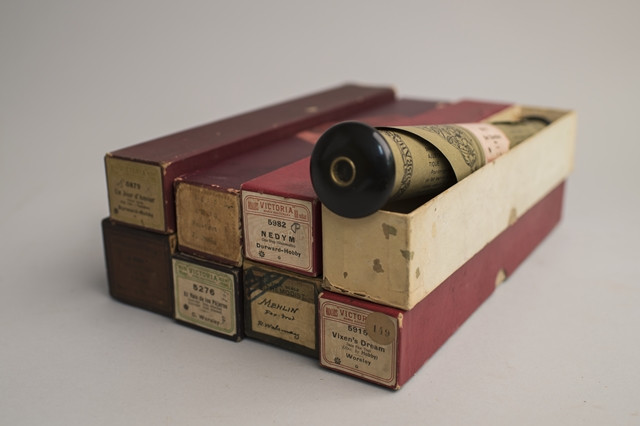 Rex Lawson records Catalan composers who signed under a pseudonym

The Museum has published fifteen audios of piano rolls that have been recorded by pianolist Rex Lawson and that are a sample of one of the fundamental genres of the repertoire for this instrument: dance music. This set of compositions has also a special attraction, since they are works signed under a pseudonym by Catalan composers of whom, in many cases, we did not know that they had produced this kind of works until now.

Frederic Mompou and Manuel Blancafort jointly signed more than twenty works of dance music under the pseudonym Hobby, whereas Clifton Worsley was the pseudonym of Pere Astort i Ribas, X. Poli was Josep Maria Pla i Mateu, R. Walsmay the composer Rafael Martínez Valls, J. Demon or Mestre Demon the artistic name of Llorenç Torres Nin and Harry Wilson that of Antoni Oller i Guinovart.

As Jordi Roquer, professor at the Universitat Autònoma de Barcelona, points out, "these composers hid behind pseudonyms due to a circumstances, above all due to a certain inertia framed within the market logics of the moment, which added to an understandable reluctance to influence a repertoire of danceable and popular music within the respective official catalogs". 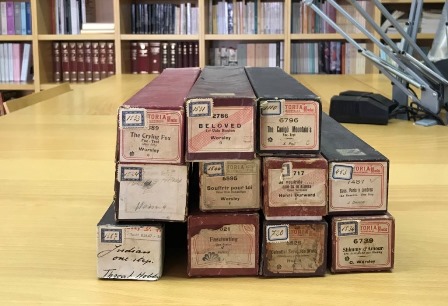 The pieces that make up this selection come from the pianola roll collections of the Museu de la Música de Barcelona, the Biblioteca de Catalunya and the Mas Roger (Arxiu Comarcal del Priorat) and were recorded on January 24 and 25, 2018 in London by the English pianolist Rex Lawson, using a Steck Grand Player Piano kindly lent by Denis Hall. 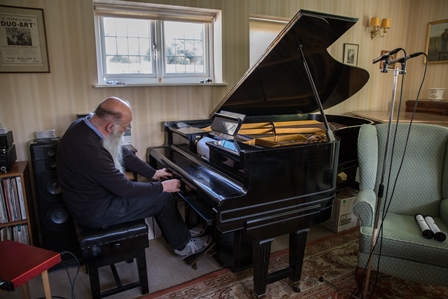 This recording was also made possible thanks to the sponsorship of the Association for Recorded Sound Collections (ARSC) and the suport of the Centre Robert Gerhard per a la promoció i difusió del patrimoni musical català.

You can listen to it here: Compositors sota pseudònim