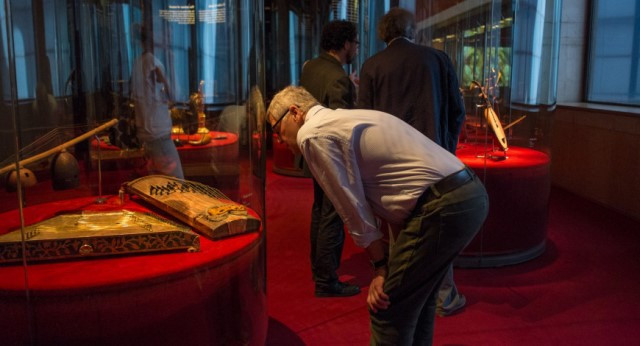 by Clara Sen, Head of Projects and Programms

The Museum’s 2019/20 programming is chock-full of new proposals. Two of them are guided tours, a format that increasingly attracts an audience who seeks up close and personal experiences where the exchange of knowledge and interests is direct and often enthusiastic.

The Author’s Visits will take place between the months of December and May, with a monthly gathering on Saturday mornings at 11:30 a.m. Conceived for general audiences and also designed with the dynamic format of a walk through the Museum, they will include some live music by the  composers themselves, in some cases, or by musicians invited for the occasion. The six proposals have been conceived to give the composers a free hand, with the intention of approaching the interests and passions of different personalities from the music sector that, from their respective fields (interpretation, teaching, dissemination or research ), share with the public, surely in an authentic and approachable way, the inspiration they receive from the Museum’s Collection. The individual ticket price for these sessions will be 4 euros.

Thus, on Saturday, we’ll inaugurate the series by inviting the violinist Emilio Moreno, who has been Head of the Department of Ancient Music of l’Escola Superior de Música de Catalunya [Higher School of Music of Catalonia] (ESMUC) for many years, and with whom the museum has established a great working relationship. We’ll stroll among showcases to discover different instruments played using a bow from the Collection from a practical point of view of a musician. Emilio Moreno, who will be accompanied on this occasion by his niece Inés Moreno on the Zell harpsichord, will play one to reveal some of its hidden secrets. 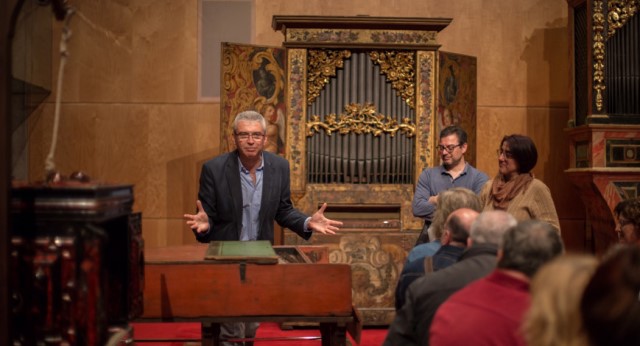 The second date will take place on 25 January and will be given by musician and music publisher Joan Vives, who will offer a visit based on Chopin using musical illustrations on different pianos by the pianist Toia Conejo. A review of the golden age of musical romanticism, linked to the production of new, increasingly varied and powerful instruments by manufacturers such as Érard and Pléyel, who associated their brand with the great virtuosos of the time, such as Liszt or Chopin. The piano section of the Museum's collection will allow us to look at the context in which Chopin lived and created one of the most inspired productions ever written for this instrument.

On 22 February, Anna Costal, doctor of musicology, ESMUC professor and habitual collaborator with the Museum, will talk about ‘Instruments with class’. With this intriguing title, we will refer to a very recent past in the history of Catalonia in which instruments and musical repertoires played a fundamental role in the distinction between groups and social classes. On this occasion, the live music will be performed by Irene Reig Duo (sax and drums). 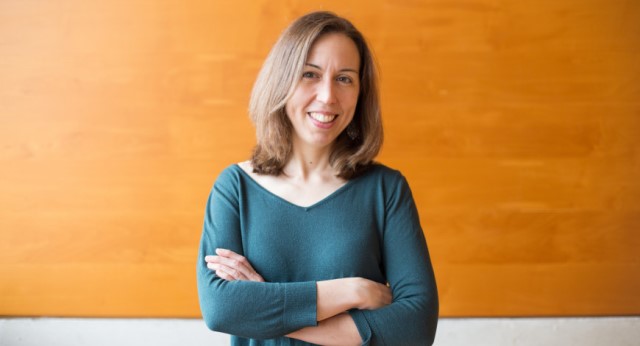 On 28 March, a month later, Josep Borràs, bassoonist and director of the ESMUC over the past decade, who, as a great connoisseur of the eighteenth century European musical scene, will talk about ‘Living wood’. He’ll take a look back at the main instrument builders, the techniques and their evolution, the main innovations, the use and the falling out of use, the footprints practicing a musical instrument leaves on it and that convert it into a historical document from its time, etc. Josep Borràs himself will perform the musical illustrations with his instruments: bassoon and dulcian.

We’ll spend Saturday 25 April, with the musicologist Oriol Pérez Treviño, who, based on the book Converses amb compositors famosos [Conversations with famous composers] written by the American musical critic Mr. Arthur M. Abell 1868-1958 (who had the opportunity to talk with Brahms, Puccini, Strauss, Max Bruch or Grieg), will ponder those elements that inspire creativity, on what the intellectual, physical and spiritual tensions inherent in creative minds are, and about how certain places or instruments that allow us to reach spaces of beauty lead us to higher values such as the All, the Infinite, the Absolute, or the idea of God. The jewel in this romantic visit’s crown will be the performances by pianist Vladislav Bronevetzky.

We will close this season’s Author's Visits on May 25 with a proposal that has already become a classic and that has inspired the whole series: the Bach Visit, once again led by Joan Vives. The Museum’s collection of original Baroque instruments will transport us in time and reconstruct a personal and musical portrait of Johann Sebastian Bach, who grew up sitting in front of organs, harpsichords and clavichords and wrote pieces for those instruments and also for violin, cello, viol, lute, trumpet and others that have become a significant part of musical history. This time, the music will be performed by Joan Vives and Mireia Ruiz on the harpsichord.

The new series ‘4 Outlooks on the Collection’ consists of four dates that will be free of charge between January and February on Thursdays at 6:30 p.m. The aim is to give a voice to people who, for professional reasons, and who, for a greater or lesser length of time, have established very close rapport with the Collection. The sessions will last approximately 80 minutes and are aimed especially at an audience who is interested in museology, conservation, museography and heritage issues in general.

The first date, on Thursday, 16 January 2020, is with Elena Martínez-Jacquet, director of the La Fontana Foundation and curator of the temporary exhibition that currently occupies one of the showcases of the permanent exhibition. The exhibit ‘Music from the fingers. African Sanzas of the La Fontana Foundation’ inaugurates a regular collaboration and promotes dialogue with one of the most relevant private collections of extra-European instruments in our country. It’s a dialogue that will accentuate both collections, sometimes in a monographic way, as is the case with the sanzas (finger pianos), and in others, with more cross-sectional themes. 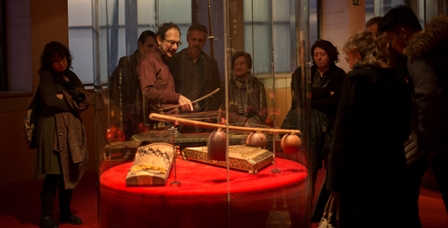 The following week, on 23 January, Jaume Ayats, the Museum’s director will offer his interpretation of the Collection from its ethnomusicologist point of view. Starting with aspects, issues and questions that are not those that usually catch the attention of other professions, we will look specifically at musical tools and the social life of music.

The third turn, on Thursday 30 January, is for Oriol Rossinyol, who supervised the Museum’s collections until just a few years ago, and who personally experienced one of the critical moments in the Museum’s history: the transfer of its headquarters from Casa Quadras, to L'Auditori in the Avinguda Diagonal, where it reopened its doors in 2007. The new physical space was faced with several significant challenges, such as whether the collection needed additional material, if some instruments should be restored or not, taking up once again its role and so on. Thus, a new museum discourse became necessary. Oriol Rossinyol will tell us about all these challenges, and of a secret story.

The series of individual outlooks on one and the same collection will come to a close on 6 February when Marisa Ruiz, the Museum’s current Head of Collections and Documentation, will share about the challenges facing museums in the 21st century. She will ponder the technological and social changes that are turning traditional ideas about heritage, collections management and the social function of museums on their heads. What objects should we preserve for future generations? What are the tools we use to conserve, document and disseminate them? Will we work digitally or not? Marisa Ruiz will lay on the table all these questions and many others.

We hope the two proposals will draw a large audience and be appealing and enriching for the people who participate.