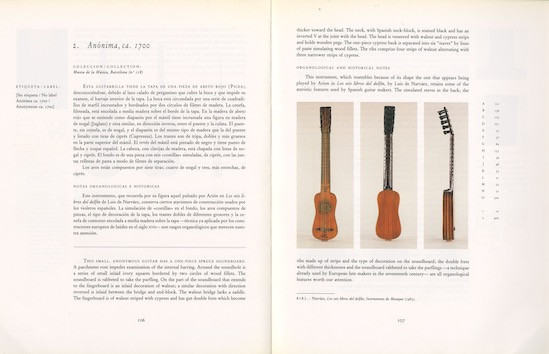 Now that restrictions make travel an entelechy that stretches out in time, we want to remember how the museum has made journeys throughout history, without moving.

The loan of objects between museums for temporary or permanent exhibitions is very frequent. Not only does it promote collaboration between institutions, but it is also an important platform for spreading information about us to other museums, as well as to those visitors who, perhaps after seeing one of our pieces, will end up feeling curious about visiting us at some point.

We even know that there was an exchange of pieces before they became part of the Museum's collection. We have a very curious case: in the British Museum there is a very specific citole on display, possibly the oldest one still in existence, and if we look back at history, we know that it could have formed part of our collection because we found it among the instruments that Orsina Baget had with Joaquim Folch i Torres. In a work published by The British Museum we can review at least part of the history, except precisely that which goes from Barcelona to the outside.

But going back to the loans between museums, they are reflected in the catalogues we keep in the library. Although our speciality is organology, we have found a series of books that, a priori, did not fit into our subject matter, except for the fact that some of our instruments appeared on some pages, and which we have documented in our databases (both in the library and in the instrument's file). If we consult any instrument in the catalogue, you will see that, if this instrument appears in any book, it appears in the bibliography at the bottom of the cataloguing file.

We have gone from Barcelona to Balaguer, from Vienna to Portugal, from New York to Moscow. Below we explain some of the most important exhibitions in which we have participated.

In 1983 a group of guitars travelled to Lisbon to take part in the Exposiçao Internacional de Guitarras. The Museum's collection of guitars is one of the most important in the world and is part of a public access collection. On that occasion we were represented by 4 guitars: one Antonio de Torres, one Josef Benedid, one Miguel Farán and the "Guitar of the Lions". 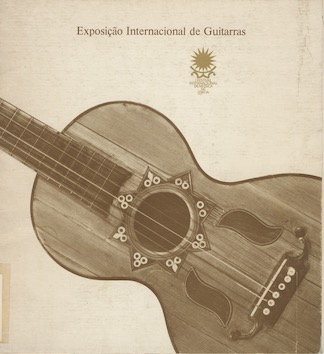 In Alacant, in 1990, a group of guitars represented us again for the Exposición de guitarras antiguas españolas with a catalogue with texts by José Luis Romanillos: guitars by Francisco Sanguino, Juan Pagés, Lluís Reig, José María Alcañiz, Antonio de Torres, Josef Benedid and, of course, the "Guitar of the Lions". 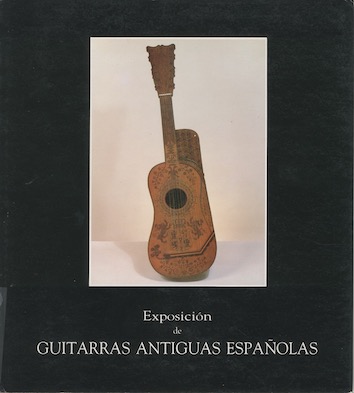 In 1991, the Metropolitan Museum of Art in New York invited us to the exhibition The Spanish Guitar, with a guitar by Francisco Sanguino, a guitarró by Joseph Massaguer, a guitar by Juan Pagés, a guitar by Joan Matabosch and a guitar by Antonio de Torres. 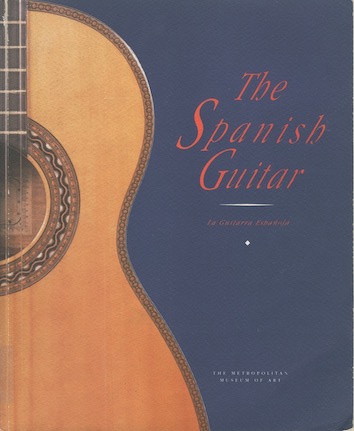 In 1998 in Viena the exhibition Esplendor de España 1598.1648, de Cervantes a Velázquez was held, in which 42 museums and institutions participated with more than 300 objects to show. In our case it was Lorenz Hauslaib's claviorgan, one of the three remaining in the world of this builder, and the only one that works after a long restoration process. 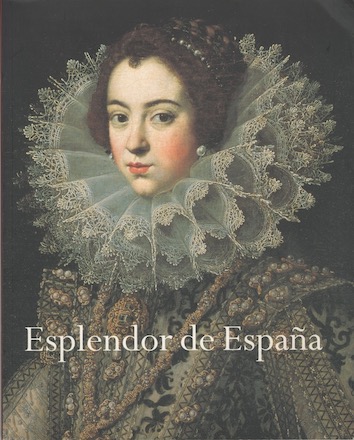 Also in 1998 Julià Guillamon was the curator of the exhibition El món de Joan Perucho: l'art de tancar els ulls, in Barcelona itself, in which three instruments formed part and, moreover, were among the most curious in the museum: a serpent, a buccén and the Stroh cello. 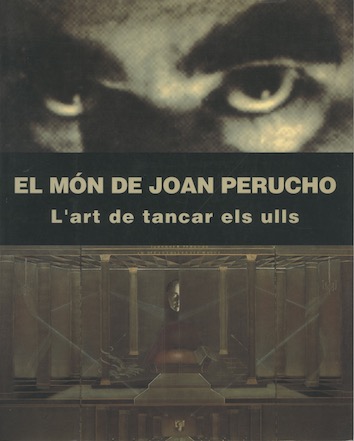 In 1999 we had the opportunity to travel to Madrid, to the Museo Nacional del Prado, to participate in the exhibition Felipe II. Un monarca y su época, in which we were represented by an 18th century Catalan harpsichord, an viola -inspired by an antique model- made by Ignacio Fleta, and the archlute by Matteo Sellas. 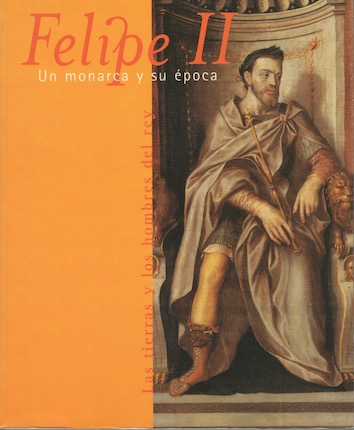 In Nuremberg, in 2012, the Quasi centrum Europae Europa kauft in Nürnberg: 1400-1800, exhibition was held, a review of the last 400 years of European history, in which Lorenz Hauslaib's claviorgan was present. 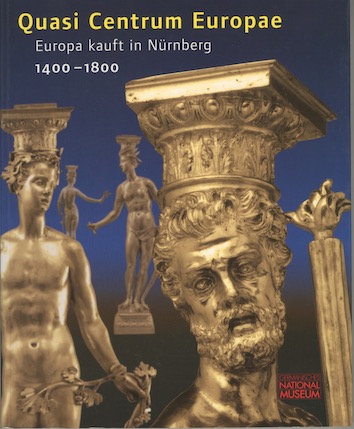 In Balaguer, in the Museu Comarcal de la Noguera, in the year 2016, they held the exhibition Germans Pla: les arrels de la memòria, curated by Oriol Pérez Treviño, in which we send a flute and an oboe made by Xuriach in the 18th century. The exhibition was the result of an investigation on the importance of the Pla brothers and their relationship with the city of Balaguer:

We know relatively few objective data about these three brother musicians and composers: that they were called Juan Bautista, José and Manuel; that they were born during the first quarter of the 18th century and that in the middle of the century we find them in various European courts in Portugal, England, France, Italy and Germany forming part of choirs and orchestras; that they also worked for the court of the King of Spain in Madrid and that they played various instruments such as the oboe, flute, psaltery and bassoon and that they were contemporaries of his like J. Mainwaring, J.F.D. Schubart or B. Saldoni published excellent reviews that have reached us. We have conserved a part of his compositions that for some years specialist musicians and institutions have been recovering in an attempt to safeguard this heritage. 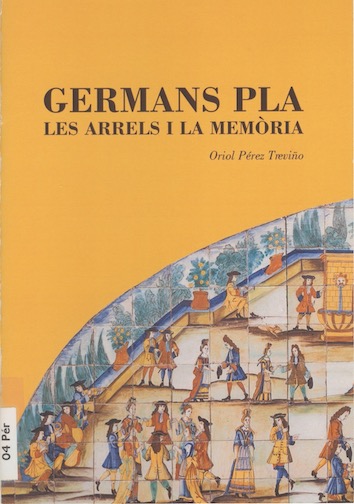 Currently and from 2017 you will find eight of our instruments in the MIM Arizona permanent exhibition: a psaltery, a harp, a bandurria, Massaguer's guitarró, three guitars and an oboe.

In 2017 we took part in more temporary exhibitions, but without a printed catalogue: Massaguer's guitarró went to the Monestir de Pedralbes, to Les dones també seuen; the Baschet's inflatable guitar went to Ceret, to the Musée de la Musique, in Supersonic. En quête de l'inouï, and Pep Ventura's tenora to Figueres, during the bicentenary of his birth, and at the Museu Marítim, with A la vora de la mar.

The last loan, in 2019, was that of a portrait of Isaac Albéniz made by Darío de Regoyos for the exhibition Impressionism and Spanish art, curated by Francesc Fontbona in the Moscow Museum of Russian Impressionism. 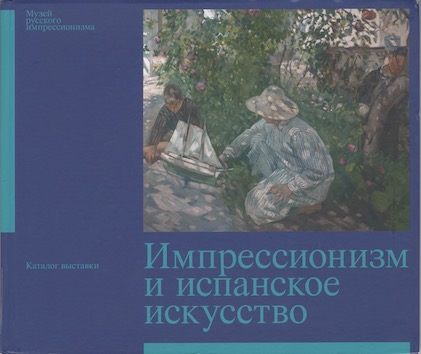 From all these trips we can see that if the exhibitions are specialised, they have our background all over the world. Likewise, when the exhibitions are not exclusively musical, music -through the musical instruments conserved- is a way of providing an important social context of a whole era. Of the thousands of instruments that existed, there are and will exist, only a few, for luck and privilege, remain in a museum that gives them a second life: documenting times, music, tastes, technological revolutions and social relations.