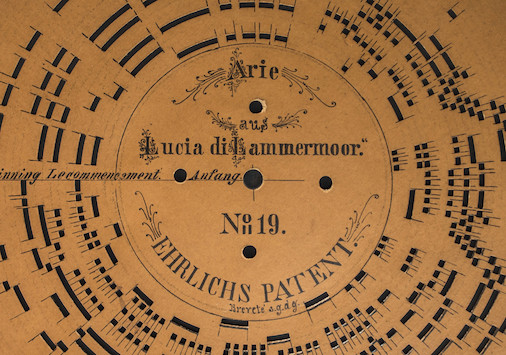 We listen the cardboard records from Museu de la Música

We have told you many times about pianola rolls as early digital technology, but obviously these were not the first sound recordings, but we can go much further back.

The watchmakers and astronomers or engineers of each era were the creators of the first sound recordings. The first ones who managed to fix a melody that could be reproduced whenever they wanted. We call them programmed instruments of fixed timbre, thanks to some cylinders of barbs that activate a musical mechanism and that always reproduce the same sound.

And we are not talking about the 19th or early 20th century, but we must go much further back, and here we transcribe a small fragment of Jordi Roquer's thesis, Els sons del paper perforat:

We find documents that tell us, for example, of the existence of a mechanical orchestra built in the 2nd century BC by the Chinese emperor Han Gaouzu (Needham, 1986: 158), of wind harps that date back to classical Greece (Ord-Hume, 2004: 58) or of hydraulic mechanisms that can automate sound (Cowell, 1980: 160-162). In an extensive treatise on pneumatics that dates from the first century A.D., Heron of Alexandria offers us a very interesting testimony about various artefacts, among which, we can highlight some automaton birds that sing thanks to the air that passes through some small tubes. 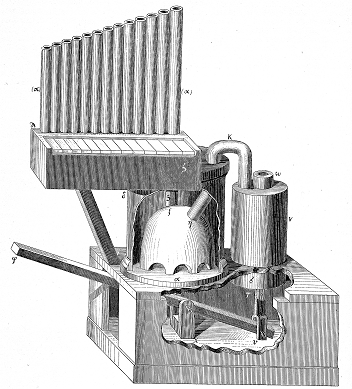 It was in the 9th century, when the brothers Banū Mūsā invented the first "musical box": it was a hydraulic organ that automatically played interchangeable cylinders, a device described in their book Book of Ingenious Devices, in the English translation.

Around the 13th century in Flanders, a bellman created a cylinder with pins that operated cams that rang the bells. In the year 1598 the Flemish watchmaker Nicholas Vallin created a wall clock with a cylinder with pins that played different bells mounted on a structure. And for three centuries, watchmakers all over the world created all kinds of devices with this function, from clocks to musical boxes, crank organs, as well as supports such as perforated discs, both metal and cardboard or pianola rolls, until in 1857 Léon Scott invented the phonoautograph and Thomas Alva Edison in 1877 created the phonograph, which would absolutely change the future of sound recordings, allowing for the first time to record the sound in an analogical way.

But here we are talking about the perforated cardboard discs, inside the crank organ group. In 1712 Jacquard discovered the perforated cardboard, a mechanism for programming the mechanical actions he used in the looms and that, a century later, this technique would be applied to music. The Ariston company produced these records for a free reed "barrel organ", also called Ariston, which was very popular from 1876. The coding of the barrels that activated the metal cams was simplified. With the Ariston, which uses a perforated disc as a support, it works with cam reading and has nineteen reeds that work by suction as a sound generator. The musician uses a handle to operate the instrument and can control the speed of the music by making it spin faster or slower. As mechanisms it has some levers to disassemble the cylinder, some rollers to tighten the perforated disc with the melody, the handlebar and some bellows. While the handlebar is being turned, the holes in the cardboard disc activate the keys, which in turn are connected to some cams or small levers that activate some valves that make the reed resonate. The wind comes from two alternately operated bellows, one of which ensures uniform pressure. The length of a part is determined by the duration of one complete revolution of the disc, approximately 50 seconds. 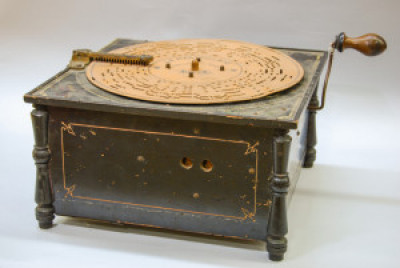 At the Museu de la Música de Barcelona we have a collection of about 140 perforated records from different brands (Ariston, Herophone, Ariosa, Poliphon, Phoenix or Symphonion), of which about a hundred preserve unique works (the rest are duplicates). The process of preservation and digitalization has had several phases. The first is the physical restoration of the various supports: smoothing out those that had suffered deformation due to humidity, cleaning those that had dust embedded in the surface and inventorying them with the minimum data. Then we took a high-resolution photograph of each of the discs (front and back), removed the labels attached with strings with the registration number, as this could damage the notes on the disc in the event of accidental pulling and, so as not to lose this number, we wrote it down not only on the back of each disc with a pencil, but also on the individual conservation envelope of each disc. 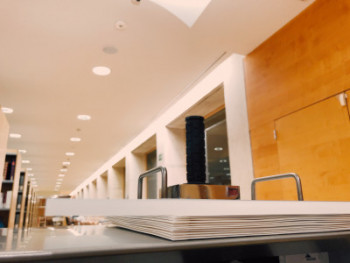 At the time of cataloguing them, we focused on checking which other libraries had made the effort before, as is the case with the BNE (National Library of Spain) and, from here, while we were cataloguing them from the Museum's library, we had sent the images in two phases to the non-profit company Accenture, in Madrid, which, from the image, can convert the holes in the discs into a MIDI file, and specially thanks to Juan Alonso Moreno, for his effort and collaboration in an altruistic way. He extracted the MIDI information from pictures, and this file was sampled with the sound of a barrel organ, so the result is optimal. The important thing is that we can listen to these records without the need to physically activate them with the player and, therefore, ensuring their safety and conservation. 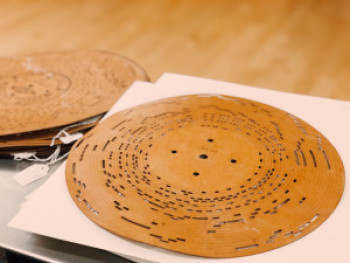 The last phase consisted of cataloguing the digital images of each disk, as well as the MIDI files and the wav files, the latter being linked to each bibliographic record. In this way, and now you can listen to them all. 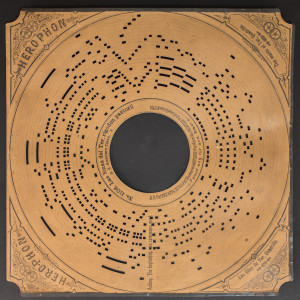 And what music will we find? The result of this long process gives us an idea of what were the most listened to songs at the end of the 19th and beginning of the 20th century, especially fragments of opera and zarzuela, such as La verbena de la paloma or La Diva or La Gran Via; hymns such as Himno de Riego or La Marseillaise, and a lot of dance music, such as jotas, chotis, sardanas, habaneras and waltzes. In short, it is a very representative group of the music that people listened to at home, with a high number of recordings (at the BNE they have 72 perforated cardboard records) and, above all, thanks to the collaboration of non-profit project of Accenture, who have provided us with the option of digitalization.