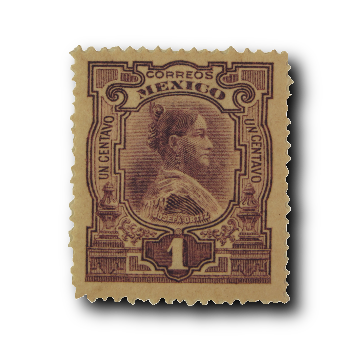 The justice of the “Corregidora”

Josefa Ortiz de Domínguez has gone down in history with the nickname of “the Corregidora of Querétaro”. She was a woman with strong social convictions who became a key figure in Mexico’s struggle for independence.

When we think of heroes and heroines, we tend to imagine them to be wearing capes and masks, dealing out social justice on city streets. But if we leave that Hollywood image to one side and do away with all the paraphernalia, the heroes and heroines of the street tend to be unassuming types with a strong commitment to their cause; people who are prepared to sacrifice everything to defend ideals that will improve the lives of the group to which they belong. While there are many such names that figure in the Ramon Marull Collection, today we will be looking at just one: Josefa Ortiz. 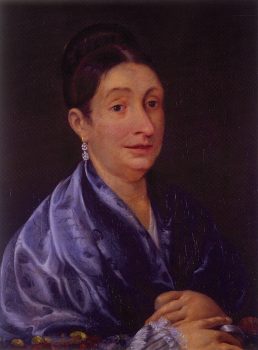 Born on 8th September 1768 in the city of Valladolid (now known as Morelia) in Mexico, she was the daughter of a regimental captain and a housewife, both of whom were originally Spanish, but who later moved to Nueva España. To be born far away from your country of origin, in a colony, does not initially seem to be of such great importance, but if we consider how things were in the 18th century, it made an enormous difference. At that time, it meant coming to form part of a group of Creoles and, therefore, becoming a second-class citizen.

The Bourbon Reforms in the 18th century prioritised people born in Spain over those born in the colony. Thus, and despite having an acceptable standard of living, colony-born people were barred from attaining administrative posts in the Viceroyalty, positions that were exclusively reserved for those who had been born in the metropolis.

These social differences were only one of the numerous problems in Nueva España. The harsh living conditions and poverty were much worse for the native Indians. A climate of general discontent and escalation of tensions developed which could only result in an uprising against the Spanish authorities.

But let us return to the story of our main character. As a result of the early death of her parents, she was admitted into the San Ignacio de Loyola Vizcaínas School, which meant that she lost the protection of her family. This proved to be crucial because, as well as learning to read and write at school, it was there that she also met, by chance, Miguel Domínguez, who ended up becoming her husband.

Miguel worked for the Royal Treasury of the Viceroyalty of Nueva España. As time passed, the good relations he enjoyed with the Viceroy Félix Berenguer de Marquina led to him being promoted to the post of corregidor (chief magistrate) of Santiago de Querétaro in 1802.

Josefa would always combine her role as wife and mother of 11 children with trying to help out the poorer members of society. She often took part in charity work to help the Mexican Indians, and as social tensions escalated, she began to work more and more in this field.

Josefa Ortiz was the promoter of a group of people who, just like her, were opposed to the powers-that-be at that time, and who aspired to introducing new political and social ideals. Josefa Ortiz influenced her husband ideologically, and despite the risk of being discovered, she offered up her own home as a place for conspiratorial meetings of a markedly political and militarily strategic nature. 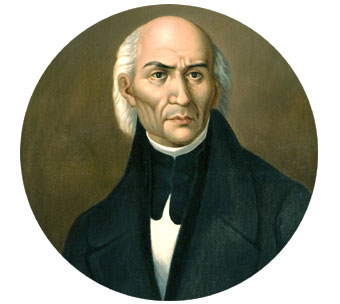 The rebellion’s secret junta was comprised of several people, including Joaquín Arias, Juan Aldama, Mariano Abasolo and Ignacio Allende. Meanwhile, above them was the main political ideologist of the conspiracy, the priest Miguel Hidalgo, who was a key figure in the initial rebellions that preceded Mexico’s War of Independence.  A true revolutionary who instigated the independence movement, he ended up being imprisoned and put to death.

One day in 1808, Josefa Ortiz’s group heard the news about the Napoleonic invasion of Spain, an occupation that sparked the Peninsular War. Taking advantage of this situation of confusion in the metropolis, Mexico’s independence movement took up arms and began their revolt. And so, that is how the Querétaro conspiracy came to pass.

Though the armed uprising had been planned for October 1810, information on the rebellion was leaked to the authorities on 13th September. The judge quickly ordered Chief Magistrate Miguel Domínguez to arrest all the insurgents. Of course, he was himself part of the rebel group, and he knew who all the leaders of the movement were and where their weapons were stored. But in this tricky situation in which he had been called upon to make arrests, Miguel told Josefa Ortiz what had happened. In an attempt to distance her from the events and to prevent possible reprisals, some sources claim that after having given the news to his wife, he locked her up in her room. But thanks to Josefa’s stubbornness and the need to protect the insurgency, Miguel Domínguez took the risk of warning Captain Ignacio Allende about the situation, who in turn told Miguel Hidalgo.

On 16th September, the news Josefina had leaked came as a shock to the rebels. Just like every day, Hidalgo held mass at 5 o’clock in the morning, as the bells tolled. But on that day, his intention was not to hold mass, but to promote the armed struggle. The time had arrived. Historical sources claim that Hidalgo proclaimed the Cry of Dolores, a call to arms that is considered to mark the official start of Mexico’s War of Independence.

It was called the “Cry of Dolores” because the uprising took place in the town of Dolores Hidalgo, in Guanajuato.

The chief magistrate’s warning proved crucial for preventing the arrest of the members of the rebel group and, even worse, the halting of the rebellion itself. However, Josefa Ortiz was unlucky. Her actions were discovered and a court declared her to be guilty of treason. She was imprisoned for over 10 years at the Convent of Santa Teresa, and subsequently at the Convent of Santa Caterina de Siena, though she never lost hope in the idea of a rebellion.

Eleven years later, in 1821, Agustin Itubirde headed the country’s bid for independence, and was proclaimed Emperor of Mexico following year. Given the new political situation, Josefa Ortiz was released from captivity, and her commitment to Mexican independence was publicly acknowledged.

Though she had regained her freedom, Josefa never declared herself to be in favour of the imperial regime because she didn’t consider it to be an alternative to the process of emancipation. As a result, she spent the ensuing years of her life giving her support to radical liberal groups.

Josefa Ortiz died in the City of Mexico on 2nd March 1829, at the age of 61. Some historians have called her the Mother of the Mexican Homeland, for her efforts and dedication.

Her mortal remains now lie in the Graveyard of Famous Citizens of Querétaro, where she is buried together with her husband.