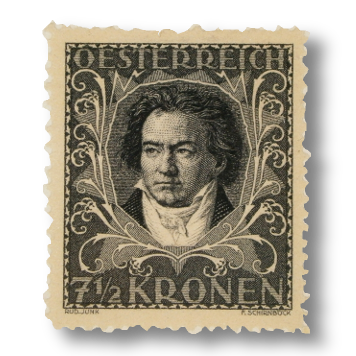 “If you dig deep enough, you’ll find music all around you” – this is the last line in James Watson’s book Stamps and Music (London, 1916). 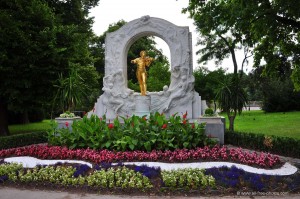 Vienna is one of the cities in Europe that is most strongly associated with classical music. Strolling through the city, visitors cannot fail to notice its cultural richness, with advertisements for all kinds of concerts, from opera productions to orchestras and choirs. The city’s past has also left its mark on the town planning, in the form of such majestic buildings as the Vienna State Opera House and the Theater an der Wien. But what are the origins of the city’s links with music?

For centuries, the Royal House of the Habsburgs ruled over much of central and south-east Europe. Many of the members of the house were ardent music-lovers. According to research by the historian Elisabeth Fritz-Hilscher, it is documented that the emperors Ferdinand III, Leopold I, Josef I and the Empress Maria Theresa I were such music enthusiasts that they even composed and performed musical pieces. In the 18th century, the court began to attract the finest composers, some of whom appear on the stamps we are looking at today. These include Franz Joseph Haydn (Rohrau, 1732 – Vienna, 1809), Wolfgang Amadeus Mozart (Salzburg, 1756 – Vienna, 1791), Ludwig van Beethoven (Bonn, 1770 – Vienna, 1827), Franz Peter Schubert (Vienna, 1797-1828), Anton Bruckner (Ansfelden, 1824 – Vienna, 1896), Johann Strauss (Vienna, 1825-1899) and Hugo Wolf (Windischgraz, 1860 – Vienna, 1903). 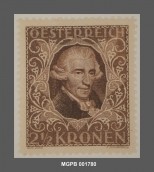 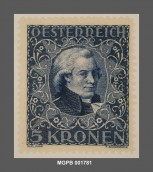 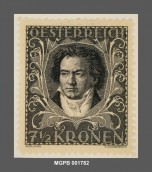 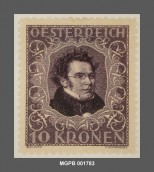 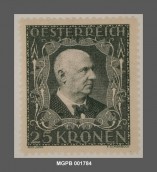 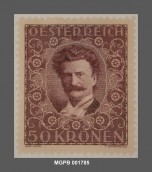 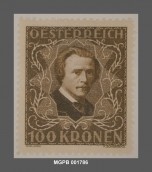 It was on 24th April 1922 that the postal authorities issued this series of stamps devoted to composers who were either born in Vienna, or had close links to the Austrian court. This initiative, which represented a print run of just 480,000 complete series, was a surprise to both people who regularly used the postal service and to philately enthusiasts. This was the first of many subsequent series dedicated to musicians, artists and plays. Four years later, another highly successful series was issued that was devoted to Nibelungen opera.

The portraits of the composers were produced using intaglio printing, a method that had a long tradition in Austrian philately. Ever since the first series of stamps issued on 1st June 1850, right up to the third quarter of the 20th century, Austrian draughtsmen and engravers enjoyed great prestige and public recognition. In fact, historically, they are known as the Vienna School. The artists’ exquisite technical execution and their delight in detail and decoration brought them further commissions from other cities and countries.

However, in addition to the inherent artistic good taste visible in the stamps, they also feature other characteristics of a historical and political nature. During the period of the First Republic (1918-1938), Austria’s economy, just like that of other central European countries, was afflicted by hyperinflation. This can be clearly seen, for example, on the German stamps, some of which had a face value of millions, thus demonstrating the massive devaluation of the nation’s currency (if you would like to read more on this subject, go to the Singular “Stamps that were worth millions”). This circumstance was also present in the sale price of some Austrian stamps. Unlike other series from that same year (for example, those of the series Art and Science have face values of up to 2,000 crowns), the nominal values are not particularly high, but we know that the sale price was 10 times higher than the stamps’ face value. This economic surcharge was introduced in order to raise funds for Austrian musicians in need.

From that moment on, in the years that followed, philatelic issues rose considerably in value. For example, the 1924 issues to raise funds for artists bore surcharges of anything from 300 to 3,000 crowns. 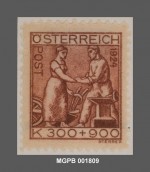 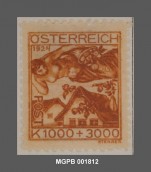 And so, these seven stamps represent historical, political and artistic testimonies to a particularly difficult point in time for the country. However, these same characteristics make them items that are highly-prized among philately collectors specialising in the subject of music.