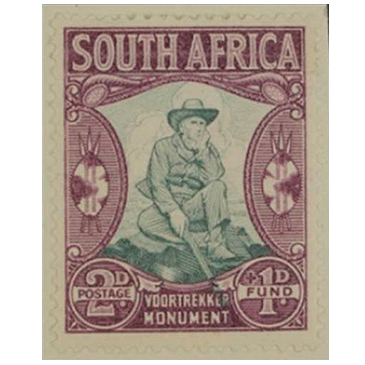 The Cape Dutch, or Boers

The Afrikaanders, Afrikaners or Boers are an ethnic population that live in South Africa and Namibia. Historically speaking, they are descendants of the Dutch who colonised the Cape region in the 17th century.

The Afrikaanders, Afrikaners or Boers are an ethnic population of mainly Dutch descent that live in the South of Africa. To understand the origins of this ethnic group, we must explore this African region’s colonial history.

The Dutch colonists arrived in the South of Africa in the mid-17th century, through the expedition led by Jan van Riebeek. The Dutch East India Company’s conquest of the southern tip of Africa was of key strategic importance, as it led to the creation of a major trading port on the Cape.

A wagon used by voortrekkers in their migration into the country’s interior, 1926. Ramon Marull Collection

From the moment they arrived, the colonists realised the great potential the land possessed. The richness of the region and the chance to start a new life that it offered meant that new colonists soon started arriving, some from different origins. Among the new arrivals was a substantial group of French refugees who had been forced to flee their country after the Edict of Nantes was revoked. The increase in the Cape’s population forced people to migrate into the interior to set up new settlements. These new expeditionary forces were dubbed trekboer, or ‘wandering colonists’.

In the mid-19th century, the Boers’ new-found economic prosperity came under threat when they went to war with Great Britain, which had designs on their land. Dressed in their bright scarlet uniform jackets, the British troops stood out clearly against the African landscape, and were easy targets for the expert Afrikaner sharpshooters, who emerged as the victors in what was the First Boer War (1880-1881).

The Boers migrated from Cape Town into the north and east of the land in search of new settlements. As they advanced, they clashed with autochthonous tribes, as well as roving British troops. Eventually, they managed to establish a number of independent republics. But Britain never gave up hope of gaining the Afrikaners’ lands and riches, and this latent tension exploded in the form of the Second Boer War (1899-1902). This time the Boers were on the losing side, and they were forced to recognise British sovereignty over the old Afrikaner republics.

The main objective behind Britain’s victory was to establish one single structure for administrating all British possessions in South Africa. In 1910, nearly two years after the Second Boer War, the Union of South African was founded. In accordance with the newly-drawn map of Africa, Zimbabwe, Lesotho and Botswana became part of this union.

The power – as it had been in this region from the start of colonialism and as it continued to be until the end of the 20th century – was in the hands of white elites. There were two main parties: on one hand there was the South African National Party, which was openly pro-British, while on the other, there was the Nationalist Party, created by the Boers to defend the interests of the Afrikaners, and which called for independence from Britain. Though the pro-British party ruled for the first few years, they were soon replaced by the Nationalist Party, which promoted a markedly more identity-based policy.

During the period of the South African Union (1910 – 1960), a number of series of stamps were issued which paid homage to the Boers and their past. The Ramon Marull Collection includes several examples of this subject area, dating from the years 1926, 1933 and 1938.

The stamps below form part of the second series, which was created to raise funds for a monument to commemorate the voortrekkers, those Boers who migrated from the Cape’s colony into the interior of the country.

A stamp showing a scene from the everyday life of the Boers. Ramon Marull Collection

The signing of the agreement between Pieter Retief, one of the leaders of the voortrekkers, and the chief of the Zulus. Ramon Marull Collection