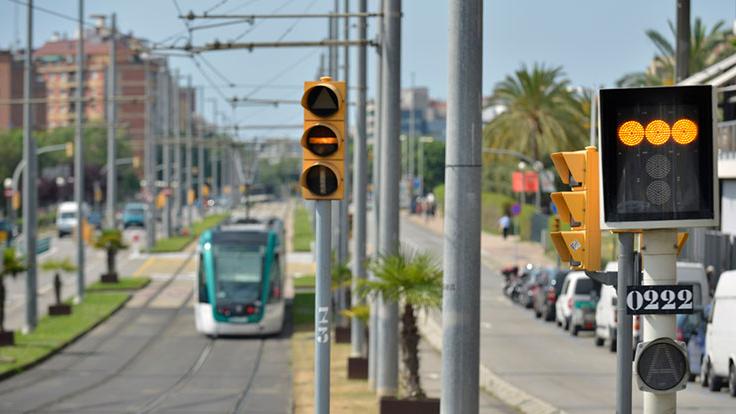 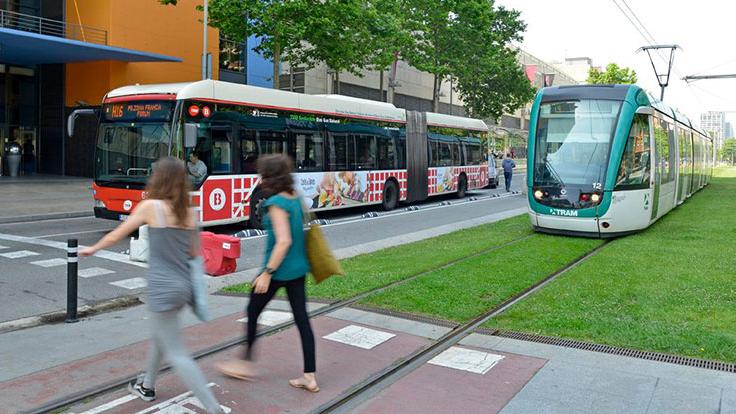 In September 2015, the Area of Ecology, Urban Planning and Mobility was commissioned to carry out the preliminary studies to analyse connection alternatives to the two current networks and the implications these would entail from a social, economic and environmental point of view. The studies came in response to the municipal government’s wish to ensure a thorough and transparent technical process was conducted, providing as much information as possible on the requirements, at all levels, for implementing an infrastructure of this nature in this city. The last few months saw technical teams from Barcelona City Council working in close collaboration with various teams (BIMSA, Barcelona Regional, ATM, etc.) and external consultants to carry out an in-depth analysis of this project. Over 50 professionals took part.

At the same time, Barcelona City Council and the Generalitat signed a collaboration protocol on 1 March 2016 to work together on connecting the two tram networks, under which the City Council would determine the route of the connected Trambaix and Trambesòs tram lines on the basis of technical studies that are now available to the public for consultation.

During the 2015-2019 term of office, a series of technical studies were carried out, showing the efficiency of the connection measure: shorter journey times, the connection to eight adjoining municipalities and greater connectivity with the whole public transport network.

At the beginning of 2018, the municipal government and the Metropolitan Transport Authority (ATM in Catalan), the body mostly formed by the Generalitat which is responsible for tram infrastructure, agreed on an action protocol for implementing the first phase: expanding the Trambesòs to Verdaguer. In addition to the agreement with the ATM, the metropolitan municipalities were also in favour of the tram link on Diagonal.

The proposal, rejected by the Full Council Meeting in March 2018, was approved by the same body in January 2019, with an absolute majority. The agreement includes coordination mechanisms between administrations and funding for carrying out the project, the public management of the transport and the urban renewal and commercial revitalisation of Avinguda Diagonal between Plaça de les Glòries Catalanes and Verdaguer, giving priority to pedestrians, public transport and bicycles.

This year, 2017 has seen the Centre for Transport Innovation (CENIT) at the Polytechnic University of Catalonia (UOC) conducting a study commissioned by Barcelona City Council to find out what mobility will be like on Avinguda Diagonal between Francesc Macià and Carrer Castillejos once the connected tramway has been introduced. They are analysing the 24 crossroads that form part of the area of study, carrying out simulations on more complex crossroads such as: Passeig de Gràcia, Via Augusta, Francesc Macià and Passeig de Sant Joan. The aim is to see if the inclusion of the tramway will ensure maximum fluidity of all other modes of ground-level public transport (buses) and non-motorised transport (bicycles and pedestrians) without increasing private motorised vehicle congestion. In the following documents, more detailed information is given on this study which is becoming an ad hoc tool, used for the first time in the city of Barcelona. It is a scalable, flexible and made-to-measure model with the specific features of Av. Diagonal. The various corresponding scenarios were analysed, using the basic scenario as a starting point, in several traffic signal cycles.

Preliminary studies on connecting the Trambaix and Trambesòs networks (PDF, 270 MB)
News item 23/03/2016:The Diagonal tramway, the option with the greatest socio-economic return
Micro-simulation of the tram circulation along Avinguda Diagonal between Francesc Macià i Glòries. Technical report (PDF, 5.3 MB
Presentation of the micro-simulation study (PDF, 2.5 MB)
News item 22/05/2017:“A study concludes that the tram route along Diagonal would improve public transport”