1
The overground tram section along Avda. Diagonal with reserved platform

The tram connection with the overground tramway along Diagonal with reserved platform is the most positively rated transport alternative according to the methodology used in the Survey Report, which shows that it is the ideal option for all users (according to a cost-benefit Analysis) as well as for economic, environmental, and urban-planning etc. reasons. (Evaluated in a multi-criteria Analysis).

This option, therefore, helps the new city model that entails the most sustainable mobility possible to be achieved. More spaces for the public, better quality public spaces, less private vehicles, resulting in less noise and atmospheric pollution. Safer roads and full accessibility to public transport, as well as enhancing its intermodal transport system.

Having ruled out the alternative proposals that prove more expensive or fail to have sufficient social return, it reaches the conclusion that the best way to connect the current network of tramways is along a straight line through Diagonal and overground, with a reduction in private traffic associated with the removal of two private-vehicle lanes (and without causing any bottlenecks thanks to a custom-designed traffic-light sequence at 24 junctions along Diagonal between Glòries and Francesc Macià), with more space for pedestrians and cyclists and full compatibility and intermodality with the other public and private transport systems.

This is not only about connecting the current tramway network and ensuring it serves on a metropolitan, rather than a city scale, but also about opting to implement an urban model where priority is given to pedestrians, cyclists and public-transport users, to achieve a healthier and fairer city for everyone. 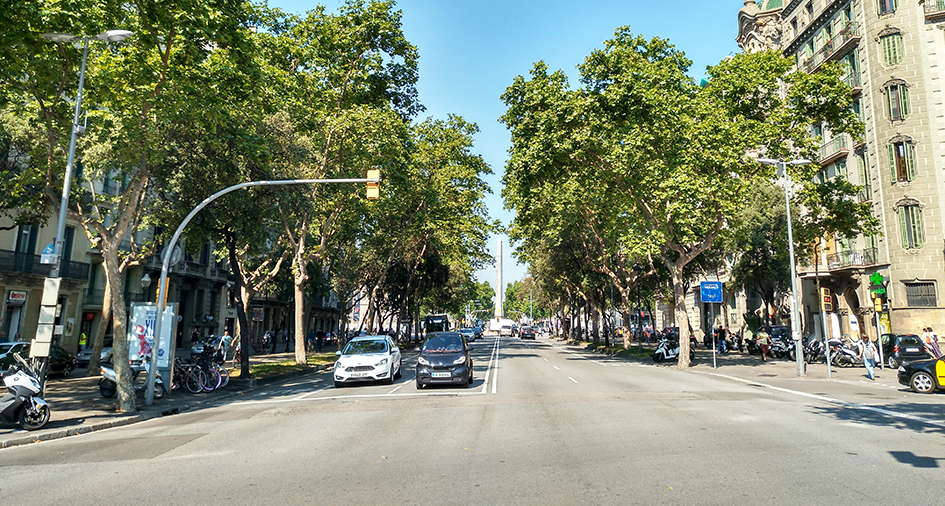 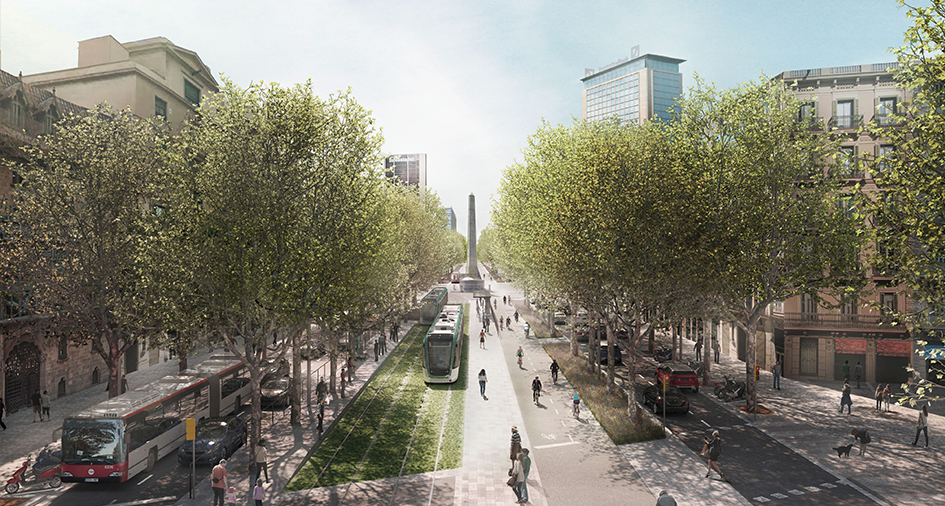 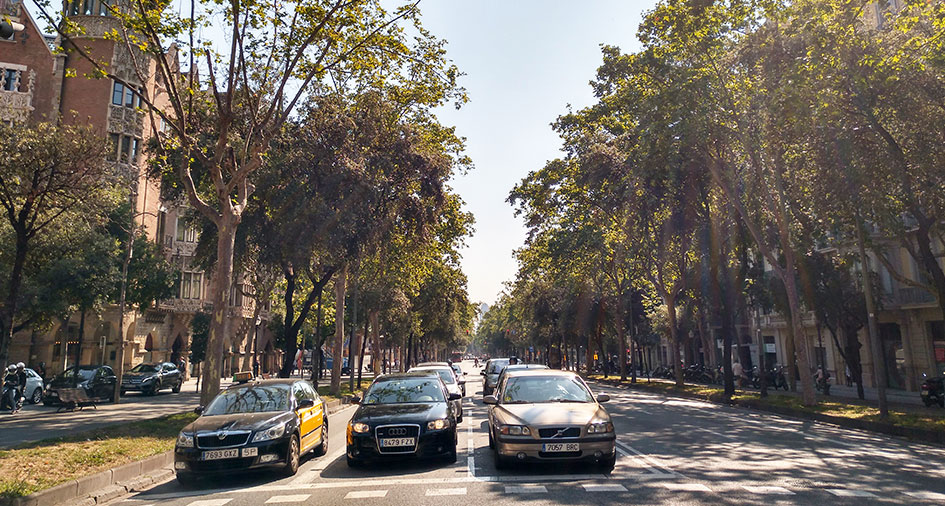 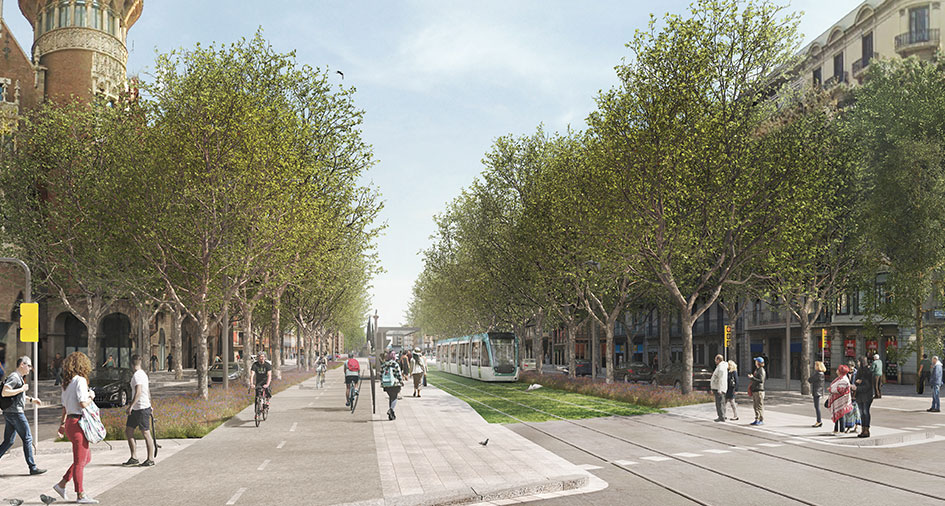 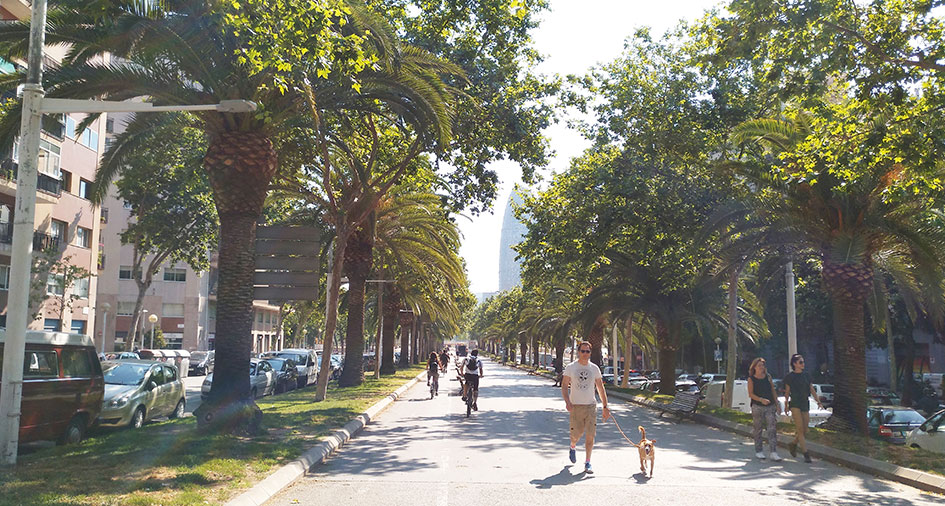 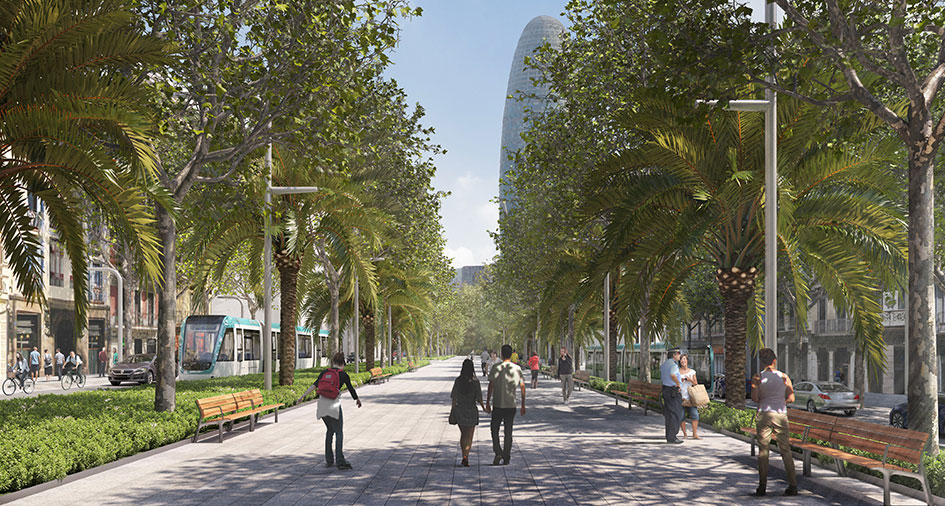 1
Overground section along Avda. Diagonal with reserved platform
Notes on the alternative 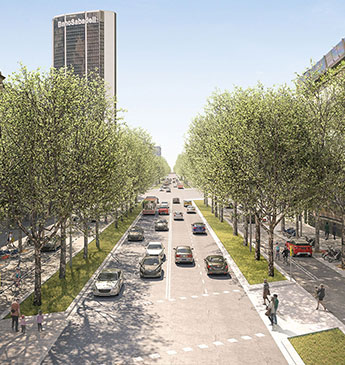 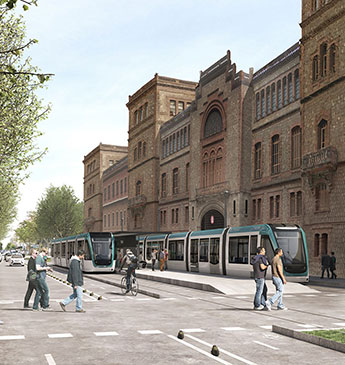 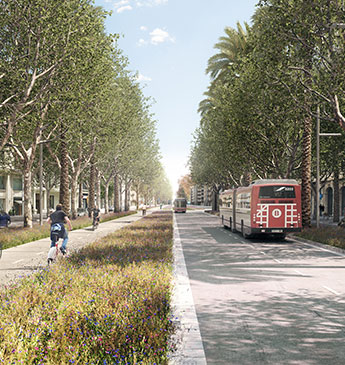 4
Best possible solution for buses on Avda Diagonal
Notes on the alternative
Background
Four options for the same urban model
The debate is not about a healthy and sustainable urban model, it is about the best option to achieve that aim. The options analysed in the Information Study have at least one feature in common: they are all based on a sustainable, healthy model.
Expand on background
Goals, methodology and structure
Evaluation and comparison of the options analysed
Survey Reports define, evaluate and compare the various options put forward as solutions to connect the Trambaix and Trambesòs tramways.
Expand on goals
background-1