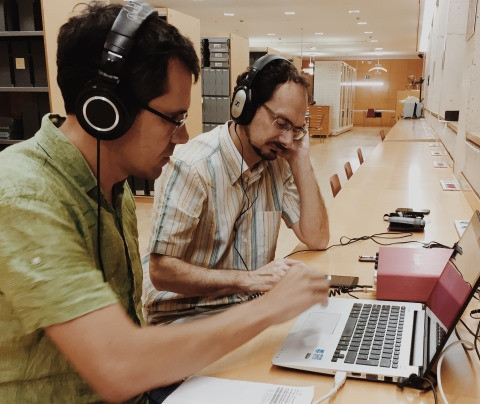 The Museum of Music of Barcelona has three large important sections to work with: the collection of musical instruments and objects, the historical archive and the sound recordings. When Jaume Ayats arrived at the museum in 2012, he wanted to promote the third, perhaps the least worked.

Various inventories had been made of pianola rolls, wax cylinders, cardboard discs, metal discs, 78 rpm records, or magnetic tapes from the Daniélou Fund, but these inventories did not include all the necessary data and, of these sound recordings, which at the time were approximately 7,000 (currently there are more than 13,000), only the Daniélou Fund tapes, by Pere Casulleras and Joan Pellisa, and some 78 rpm records by Romà Escalas, were digitized.

It’s time to get the recordings to the online catalogs and also to make the sound reach the public: sounds are more direct to the senses than an instrument or a score. To achieve this objective, planning has been necessary: ​​evaluation of the various collections, verification of the general state of conservation and, also, deciding the technical possibilities of digitization according to each of the characteristics, based on the fact that, since it is all patrimonial, the object itself has conservation priority.

The Manén Fund had caught our attention, which, as we have explained on other occasions, led us to an investigation that lasted four years. Within this set of records there was another curious one -which was part of another collection-, Els Segadors, and which turned out to be the first known recording on disk, in 1900. 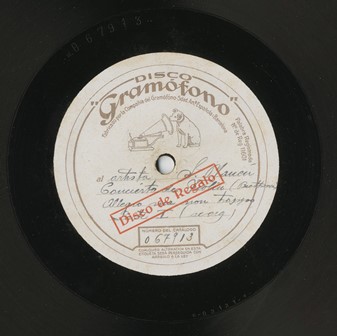 To digitize the 78 rpm records, it was necessary to narrow down a first set - then we had about 3,000 records, currently we are over 6,000 -, deciding that the first to work would be the Catalan records. We commissioned Enric Giné, sonologist at Tasso Laboratori de So and a regular collaborator at the Museum, and thanks to him, we have optimal results at all levels. The process of this has consisted of cleaning, digitizing and dating more than 400 discs (590 faces). Now, we can only publish 226 royalty-free, you can listen here.

On the other hand, the research for a thesis by Jordi Roquer pushed us to collaborate with the UAB Computer Center and the Robert Gerhard Center, which led us to test a digital technology that allowed us not only to extract the sound from the piano rolls without “touching” them, but also digitizing the object itself, you can read this process here. The scanning of the rolls was carried out by Martina Vayreda and Ginebra Codina and the sampling by Jordi Clapés. At the beginning of this project, we had just over 1,700 rolls and the digitization that we have achieved of the first 1,300 was one third. But now we already have almost 4,000 (the second most important collection in the Iberian Peninsula), and the machine we had used was only a currently obsolete prototype and, therefore, we will have to opt for alternative techniques. But that yes, finally, the more than 600 rolls free of rights, can be listened to here. 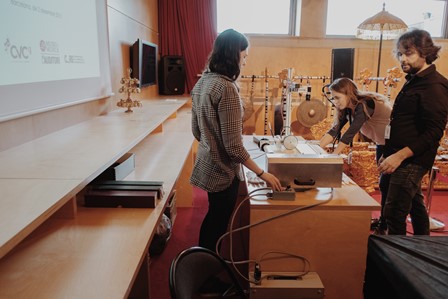 Between these two processes that have lasted for more than six years of work, the interest of a small collection of 14 vinyl postcards records was raised, also with Enric Giné as a technician, and that led us to a curious investigation. And, also, the great opportunity that the Madrid-based company Accenture offered us arose, which, without any profit motive, returned to us, based on photographs, the sound of a hundred perforated cardboard discs. 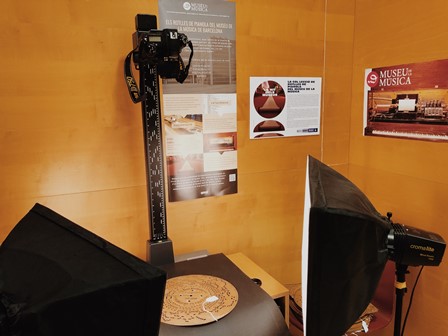 While the different digitization processes progressed at very different rates, the museum has cataloged all these recordings through Koha (library catalog and recorded sounds): in the case of physical objects, such as vinyl postcards, cardboard discs and piano rolls, we have been able to make the entire funds. Two donations of piano rolls that arrived just before the pandemic are still pending. Regarding the 78 rpm records, the cataloging of all those discs that have been digitized has been carried out.

On the other hand, outside of the physical items, we have cataloged the digital files in Clipfiles, the multimedia repository (both object image and the sound results in MIDI, mp3 or wav). In summary, the overall results are:

Once we have this, the most important part arrives, which is to make it known to the world. The repository in which the digital files are housed does not allow us a streaming link in the catalog and, after overcoming some doubts and technical problems (thanks Hugo Agut and the Orex team, our Koha system providers), we were able to make it possible from the catalog.

Being able to listen to all these recordings, and not only imagining them through the title, allows us to carry out investigations of many types: of times and fashions, of specific music and manners, of technologies, of music industries. Our duty as a museum is precisely to allow access.

We have made a great effort, but there is still much to do and, finally, after so many years, the Sound Fund is exactly what its name suggests.