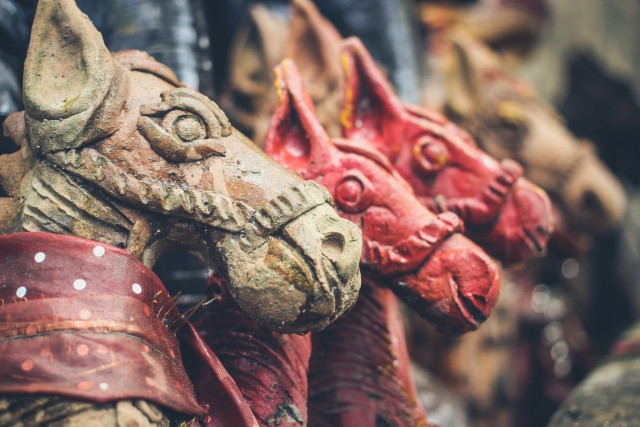 To continue, a 1370 player. You need to imagine the desire to invent the device, and 2

by Jaume Ayats, director of Music Museum of Barcelona

Some of you liked the recording from the year 1350, with the bells of Solomon inside an 'ampoletta' reliquary. Today I'm doing the continuation. Following medieval readings in these days of semi-decompletion, I came across a 14th century sound player. That kind of devices that in the Museu de la Música are described as 'programmed instruments with fixed timbre', and that Sara Guasteví has illustrated to us from the times of classical Greece and imperial China until the day before yesterday (read it, if you haven't already, in this same blog, We listen the cardboard records from Museu de la Música). It is another example, in short, of how desire and imagination precede the invention of the machine.

This is how it happens. Guillem de Torroella (c. 1348- c. 1375), the third Mallorcan generation of one of the great Empordà families in the conquest of the island, around 1370 wrote the book La faula: an imaginary and magical journey that he would have made on the back of a whale from Sóller to the Enchanted Island, where King Arthur and his sister Morgana the fairy live in hiding (the Holy Grail keeps them young for centuries). The intention of the book is to alert the nobles to the loss of chivalric values in this long languishing of the Middle Ages, and to do so through the mouth of the ideal referent: King Arthur. The book is, then, a call to recover -if they ever existed- chivalric ideals.

Well, there are 1269 verses in the form of the so-called 'new rhymes', which lead us through a magical and surprising world. When Guillem arrives on the island, he is presented with a horse (a palfrey) that surpasses anything imagined in beauty, ornamentation and values. He devotes pages to describe the wonder. And in one of the descriptions, he describes the breast leather, that is, the piece that the horse carries on its breast (careful, this is old Catalan language!):

Which means: "In the breast leather of the horse there were one hundred silver bells of different sound, which with different voices agreed singing a lai de Tristan" as Pere Bohigas and Jaume Vidal Alcover explain in the edition they made (La faula in Edicions Tàrraco, Tarragona, 1984, p. XVIII i 12).

There is no doubt: it is presented as an enchantment that, with the movement of the palfrey when it walks at a good pace -'amblar'-, makes us listen to the famous lai (song) of Tristan. An unimaginable effect, even though at that time there were already the first music boxes, such as the automatic organ of hydraulic activation of the brothers Banū Mūsā (IX century) or the gadgets of the bell ringers of Flanders, already active in the fourteenth century. The ingenuity described was as are now the special effects of the futuristic films. In other words, it’s the same case with Boccaccio's recording, a sonorous imagination that describes a desire for a sound artifact. It is precisely because, three centuries later, in the work Musurgia Universalis (1650) by Athanasius Kircher (1602-1680), the plans to build various automatic instruments, that is, programmed sound players, already appeared.

The work of Guillem de Torroella, just after the Black Death, presents us with the ideal of chivalry - at that time so conservative - together with a futuristic and marvellous imaginary... (perhaps we are still in the 14th century?).