Citizen consultations are direct-democracy channels found in many of the world’s cities and which are part of the normal democratic framework. That does not mean, however, that they are free of conflict when they are held.  A workshop entitled “Citizen consultations. Democracy without mediation”, taking place on Monday, 18 June, from 9.30 am to 2.45 pm, at the Fabra i Coats, the Democratic Innovation Laboratory, will include international experiences from various cities that have carried out local-level citizen consultations.

The functioning of the democratic system, particularly the system of representation, has recently been questioned in Catalonia and the Spanish State, as has the need for expanding democracy through other, more direct channels, without mediation. Do we have, however, a sufficiently mature democracy that respects popular sovereignty? Are we talking about a full democratic system without direct-democracy mechanisms?

It is in these workshops, based on experiences from local governments and citizen initiatives with the cities San Francisco, Krakow, Cajamarca, Berlin, Olesa de Montserrat, Grenoble, Madrid and Barcelona, that we will be sharing what happens when power is directly exercised by citizens. What roles do citizens, governments and pressure groups adopt? How do the various political and economic players intervene here?

And that is because citizen participation, when it goes to the heart of political decisions, implies a (re)distribution of power and consequently involves conflict, given that it arises from existing urban conflicts.

10 am Opening talk entitled “Direct Democracy - Promises and Challenges”, given by the University of Zurich political scientist and researcher, Céline Colombo

This will be followed by two discussion tables with different experiences of local governments for sharing difficulties and challenges from holding citizen consultations.

11.10 am The first table, moderated by the journalist Ramon Suñé from the newspaper La Vanguardia, will explain the experiences of consultations launched by the local governments of several cities:

Barcelona, with Gala Pin, the City Councillor for Participation and Districts.

1 pm. The workshop’s second table will be moderated by Jaume Asens, the Third Deputy Mayor at Barcelona City Council, with people taking part from around the world who have launched consultations through citizen initiatives. The table will be made up of the following cities:

Krakow, with Alicja Beryt, a member of Krakow Against Olympics / The Common City, and Deputy Chair of the Ogniwo cooperative.

Barcelona, with Quim Pérez, an activist from Ecologists in Action and the Water is Life platform.

Berlin, with Ulrike Hamann, Dr and social scientist at Berlin Humboldt University and one of the founders of the tenants initiative Kotti & Co. 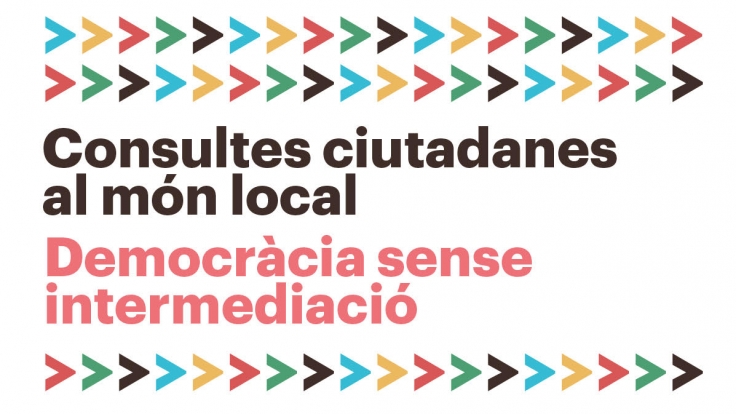