The San Martí district is also undergoing a major transformation, based on initiatives framed within the 22@ development process. The aim in this sector is for the new economy to blend with a friendlier urban planning, with leisure space for local residents and more greenery.

The implementation of the Barcelona Superblock project in San Martí will in the future permit the transformation of one in every three streets in the district into a green hub, designed primarily for the benefit of pedestrians.

To begin with, during this term of office work will be commencing in various sections of the first five hubs: 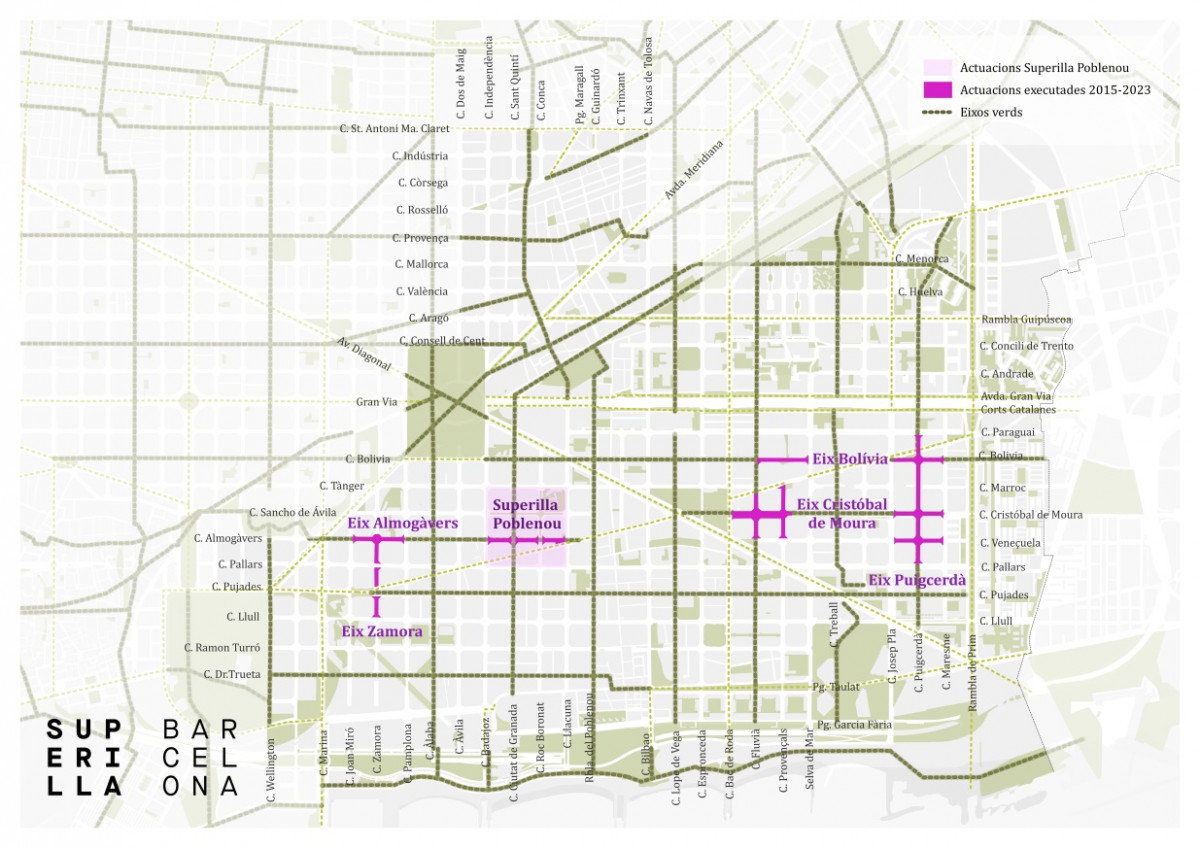