The 21st-century street model that has been designed and which will be implemented in every green hub in the Barcelona Superblock represents a paradigm shift with regard to the way the urbanisation of public space had been conceived up to now: it involves moving away from streets designed for cars to streets designed for people, reversing priorities and uses.

This new street concept is based on the following cornerstones:

The fulfilment of these cornerstones translates into a series of basic features linked to uses, mobility, greenery, furniture and lighting. All together, they make up a green hub that will encourage people to reclaim the streets, with more family life and local commerce and less pollution and noise.

This street model is the result of a green-hub competition recently held by the City Council. The winner of the competition, along with the three runners-up, have been working together to create this model under the coordination of the Barcelona Superblock Technical Office. In addition, contributions have also been incorporated from an Advisory Board, made up of experts and organisations, in the framework of a participatory process that is still in progress. 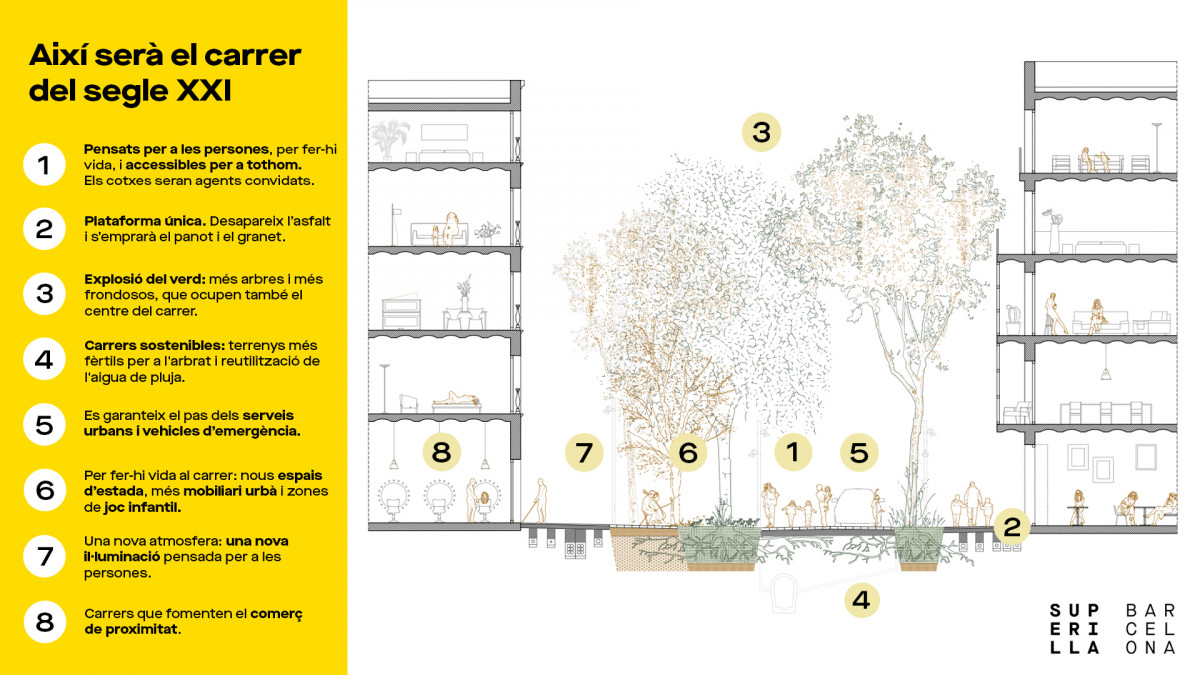 The features of the new street model 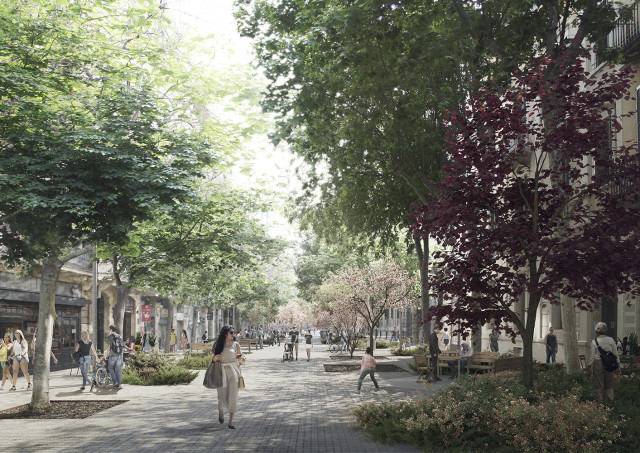