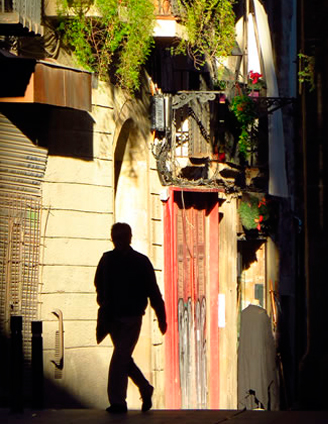 Tourism is one of Barcelona's most important activities and one of the City Council's priorities, given its contribution to the city's economy and the various effects it has on urban life.

Since the 1992 Olympic Games, Barcelona has become an international tourist destination, and tourism has been a key factor in the successive transformations the city has undergone. In recent years, tourist activity has grown enormously in the city, giving rise to a public debate on the sustainability of the city's development as a tourist destination.

Barcelona City Council approved the creation of the City and Tourism Council, an advisory body drawn from the tourist sector itself, as well as the drafting of a new Strategic Tourism Plan 2020, defining the way forward for managing tourism in the city in the next few years.

The purpose of this portal is to make information available to the general public, and all those people interested in tourism in Barcelona, concerning the initiatives undertaken by the City Council and the decisions arising from discussions between institutions, associations and other bodies, as well as offering statistical data that will provide a more detailed picture of the state of tourism in the city.

Barcelona, a leader in sustainable tourism

Barcelona promotes a type of tourism based on economic, social, environmental and cultural sustainability, to ensure residents and visitors respect and enjoy the city equally. For this reason, Barcelona aims to be a sustainable tourist destination that is managed responsibly and has a crosscutting strategy that ensures long-term development.

In 2011, Barcelona was the first city in the world to be awarded the Biosphere certification as a responsible tourist destination, in line with the Global Sustainable Tourism Council's criteria. 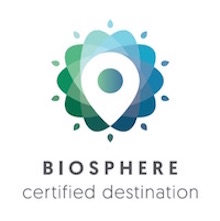 Barcelona is committed to promoting tourism based on respecting, preserving and highlighting the city's resources, bearing mind the importance of maintaining responsible tourism development in economic, social, environmental and cultural terms, and having taken on board the principles of the Global Charter for Sustainable Tourism.

Municipal tourism policy is therefore the result of the Strategic Plan, a process of reflection by all parties involved in tourist activity, which proposes to systematically move towards the adoption of sustainable development models that favour the environment, cultural diversity and social responsibility.

The main goals are:

Therefore, we have made a commitment to Barcelona's residents, and, in so doing, help to raise Barcelona's profile and consolidate it as an innovative, pioneering, sustainable, outstanding, high-quality destination.