Given that the Department of Economic and Social Affairs of the United Nations has predicted that by 2050, 70% of the world’s population will live in cities, the production and access systems used in cities are playing an increasingly important role in terms of tackling such serious issues as famine and poverty in rural areas and climate change.

In full awareness of this problem, in October 2015, Barcelona and more than a hundred local authorities across Europe signed the Milan Urban Food Policy Pact as a commitment to developing sustainable, inclusive, resilient, safe and diversified food systems. This political commitment to a socially just and ecologically sustainable food system (with both the planet and future generations in mind) paved the way for Barcelona City Council's Strategy for Promoting Food Policy.

Since then, Barcelona has implemented a policy aimed at food sovereignty that is a roadmap to a healthy, environmentally sustainable and socially just food system.

The local government, farmers and social entities are setting in motion a set of proposals and creating spaces to advance towards this new agro-ecological food sovereignty model. Actions are currently being developed to support and raise the profile of the farmer community and urban agriculture, to strengthen and raise awareness of sustainable and local food (municipal markets network, local commerce and restaurants, consumption cooperatives, and so on), and to draw up a policy co-produced with the agro-food sector linked to the city.

During the 2019 Fifth Annual Mayors’ Summit of the Milan Urban Food Policy Pact, Barcelona was designated as the host city of the 2021 Milan Pact, in so doing, making it the capital of sustainable food.

The central element of Barcelona’s designation is the organisation of the Mayors Summit of the Milan Urban Food Policy Pact, which will take place in October 2021 as part of the year-long calendar of events focused on healthy, fair, sustainable food.

Under the slogan “Growing resilience: sustainable food societies to tackle the climate emergency, Barcelona's candidature offers a comprehensive vision of food based on three key lines of action: healthy diets, sustainable food as an economic opportunity for local business, farmers and the fight against climate change.

Barcelona’s designation as the food capital is expected to be the culminating moment of a process of drawing up the 2030 Food Strategy and the constitution of a Food Council. 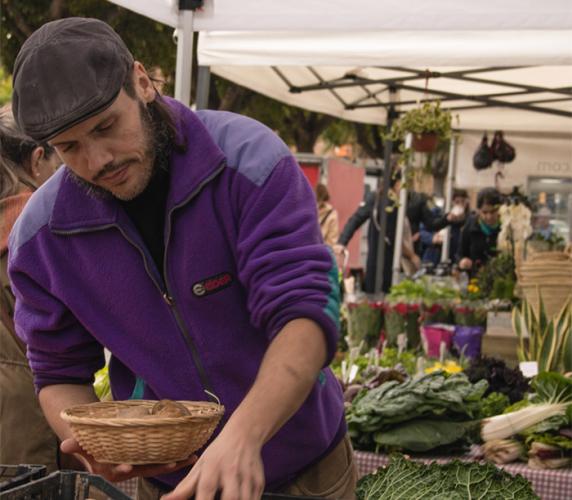