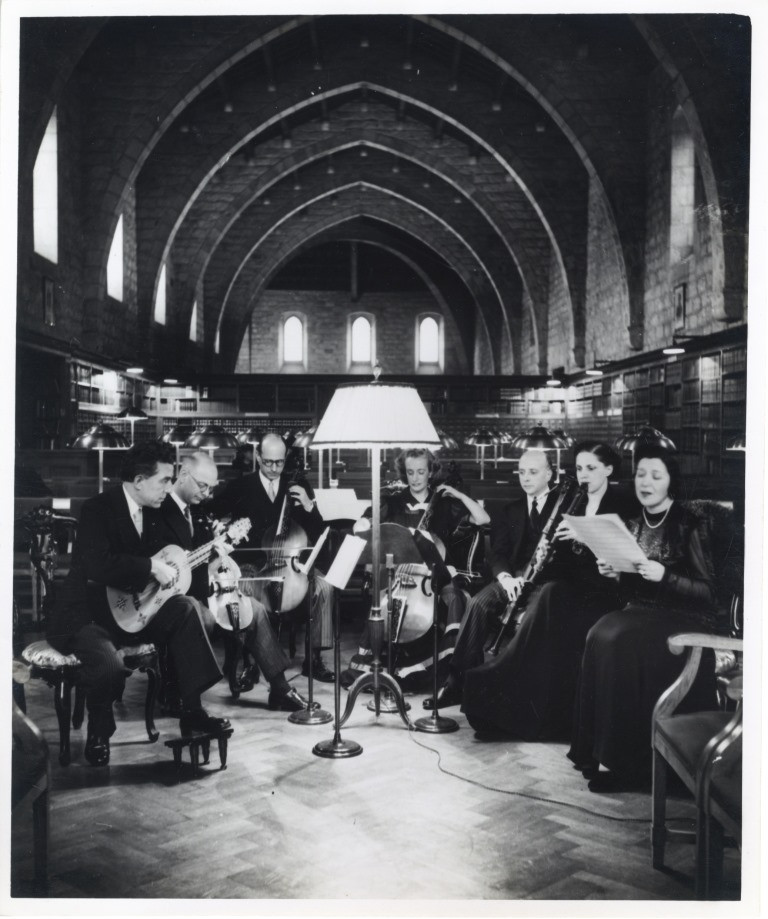 Ars Musicae de Barcelona is one of the oldest groups in Europe specialising in the early repertoires of Western music. It was founded in 1935, out of the Associació de Música Antiga (Early Music Association). In fact, the actual founding and change in name coincided with the moment when musicologist and engineer Josep M. Lamaña, collaborator and friend of Father Higini Anglés, took over as director and brought together a group of amateur musicians from Barcelona willing to play with period instruments. The aim of the group was to study and disseminate works from the medieval, Renaissance and Early Baroque periods, adopting new performing criteria based on correctly reading ancient notation and searching for the original expression, with the sounds of the period, and within the historical boundaries of the stylistic creativity of the instrumentalists and singers.

With this objective, Ars Musicae brought together an extensive collection of instruments, accurate copies of iconographic representations or faithful reproductions of museum pieces: close to 100 historical instruments, including families of recorders, flutes, xeremia bagpipes and bombards, crumhorns, cornamuses, dulcians, trumpets, cornetts and sackbuts. Important string instruments include viols and vihuelas, lutes, and keyboard and percussion instruments built by the best specialists in Europe and, in some cases, Catalonia. Of course, we cannot forget the exceptional importance of some instruments built by Ignasi Fleta in Barcelona, one of the most important luthiers of our time. 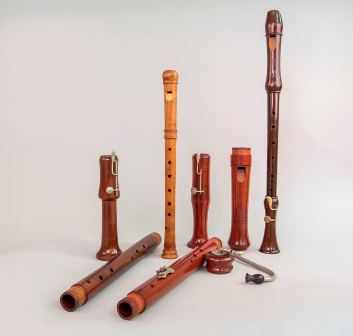 Lamaña’s organological research work, together with stylistic and musicological advice from Higini Anglés, soon converted the group into a European benchmark for these kinds of musical performances, and a pioneer in the dissemination of early Spanish music. In the beginning, the Ars Musicae performances were private, but after 1936—when the group was invited to perform as part of the International Musicology Congress—they began to take part in numerous festivals around Europe.

The first phase, under the direction of Josep Maria Lamaña, between 1936/1940 and 1964, is distinguished by musicological research, the recovery of historical sounds and instruments and by the work with solo voice accompaniment, with the wonderful participation of Victòria dels Àngels, who had started out as flautist with the instrumental group. The presence of Ars Musicae at the international festivals in Edinburgh, Granada and Barcelona, and the recording of five LPs, with recordings made by British television and the BBC in London, in addition to the documentary Concert at the Museo del Prado, for American television, gave the group its first international standing.

Enric Gispert succeeded Lamaña in directing the group from 1964 to 1973, carrying out the important task of consolidation, with a new generation of musicians and vocals from the Cor Alleluia choir, at the same time as starting a phase of intense concert activity and recordings that would achieve international editions and awards. The last phase, under Romà Escalas from 1973 to 1979, stimulated the professionalisation of the group’s members and the dissemination of official Early Music teaching. In 1980, new professional groups branched off from Ars Musicae, which ceased to exist as an amateur group, and its wonderful collection of instruments and scores went to the Museu de la Música de Barcelona.