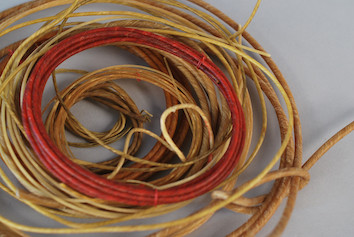 by Marisa Ruiz and Sara Guasteví

The incorporation of the gender perspective in music research has long made clear the enormous number of female musicians who do not appear in the official history of music, or who, for social and family reasons, abandoned musical activity, whether professional or amateur.

We have seen recent initiatives that represent a great work of documentation and effort to make female musical creators visible, such as the Map of female creators carried out in recent months by the musicologist Sakira Ventura, which has allowed us to leave behind the best known ones such as Fanny Mendelssohn or Clara Schumann and get to know many more names from all over the world and from all periods. She was preceded by the radio programs and the free ones by Victòria Palma, whom you can follow through the blog Femení i singular, or the research of Catalan repertoire written by women that Maria Teresa Garrigosa has developed, among other initiatives.

But if women in general have been omitted from the history of music, what do we know about women luthiers? Only men made musical instruments? According to an article (in Catalan) by Sàpiens, "El mestre artesà treballava a casa amb la col·laboració de la seva dona, els seus fills i filles i, si el negoci anava bé, tenia algun treballador, assalariat o esclau, i algun aprenent."

Nowadays we can regularly find women working as luthiers, although it is still a small group in relation to the total. From various bibliographical sources we can find traces of women instrument makers in Catalonia dating back at least to the 16th century. In all the workshops and workshops for the construction of musical instruments, not only men, but also women and children worked.

The article "Mujeres y trabajo en Barcelona a través de procesos judiciales inéditos (1560-1710)", by Josep Capdeferro, in Artesanos, gremios y género en el sur de Europa (siglos XVI-XIX) shows how, thanks to the documents preserved from that time, we find evidence of women who were part of the working world:

The same text by Capdeferro cites women from the various guilds related to the construction of instruments:

In 1854 we find a woman, Raimunda Camps, in the list of piano makers in Barcelona compiled by Manuel Saurí and José Matas in the Manual histórico-topográfico, estadístico y administrativo ó sea Guía General de Barcelona. His workshop was, according to this guide, at number 3, Baixada de Viladecols, very close to the neuralgic center of instrument manufacture on Ample street.

Already in the 19th century, the Montserrat lineage began the activity of music store and distributor in 1870, and around 1900 the widow of the founder Francisco Montserrat took over, as indicated by the marks on the instruments. The sale of instruments of other brands with their own seal was a common practice, in addition to the manufacture of brass instruments such as the euphonium, tuba, trumpet or trombone. In 1932 they registered a patent to manufacture an improved variant of the saxophone, and thus became the first Spanish factory to produce this instrument. Even then, the factory was headed by a woman: Francesca Montserrat i Virgili (1881 to 1969). During the post-war years Montserrat became a reference in the manufacture and distribution of instruments, especially wind instruments, and was the official supplier of instruments for the Municipal Band of Barcelona. It closed at the end of the 1970s.

In the Museum we keep the legacy of an important 20th century luthier: Nelly van Ree Bernard (1923-2012), founder of the Música Ibérica ensemble and builder of instruments based on old German and Dutch models. She reconstructed the performance of these instruments, recording various aspects on records and cassettes. In addition, she gave lectures and courses on early Spanish and Hindustani music at various Dutch and foreign schools and universities. In 2009 he donated his entire legacy of documents, plans and instruments to the Museu de la Música de Barcelona.

We know that there is research with more names of women luthiers that we hope will be published someday and, little by little, we will remake a history that has systematically omitted them.

Outside Catalonia we can find many other examples. During World War II the Gibson Guitar Corporation ran out of workers, men, because they were sent to war. In order not to lose production, they clandestinely hired the group of women Kalamazoo Gals, initially for the production of ammunition, according to the official version, although in that period Gibson built more than 9000 guitars, the so-called Gibson Banner. You can read this interesting history of women luthiers in Marta Bueno's article.

In short, women instrument builders have always been there, and they are more and more.