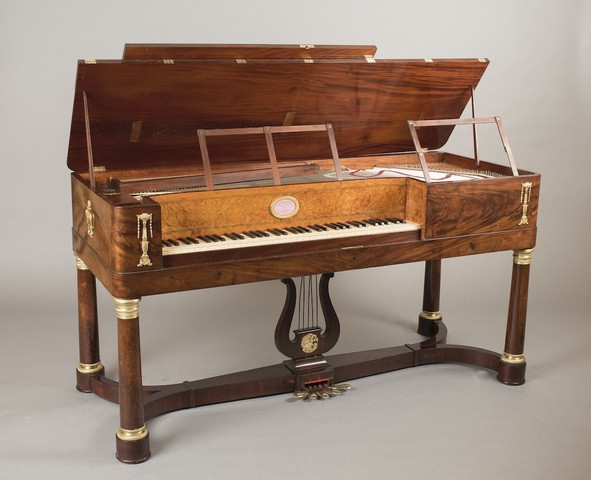 "Granny America" and her piano

Amèrica Cazes Viladomat was born on April 11, 1882 in the city of Cienfuegos, Cuba.

His father, Celestino Cazes Carbonell, was one of the young men who emigrated to Cuba in search of fortune, like the "indianos" of the time. He ran a store of textile and food material. His interest in chemistry and mineralogy led him to become obsessed with mines and he did not stop until he found gold of different types, even doing research to try to find the composition of the diamond and the way to build it.

As the business prospered well, he allowed himself to have workers, and as a consequence a house was built in Cienfuegos, even enjoying service staff.

From his mother Rosario Viladomat Cuesta, America acquired its cultural base and its eagerness to learn and discover new things. She is very dedicated and continues her studies, surrounded by flowers, plants, birds and all kinds of animals.

In 1889 her father presents samples of indigo and indian, wild plants, iron, charcoal from own mines and gold. All this during an Exhibition of Santa Clara's products, obtaining the first medal.

Years later in 1892, at the age of ten, they arrived in Europe, landing in La Coruña and then moving to Barcelona. Here he would get in touch with his Catalan uncles. It is here that he will study and learn about the welfare of the Catalan bourgeoisie, from his family and paternal friends.

With the sudden death of her father, they decide to stay in Barcelona for good, taking all the furniture and belongings of the house in Cienfuegos with them from Cuba. She continues to take singing, piano and painting lessons while her passion for reading increases.

At the age of 15 she is socially presented at length in the Liceu de Barcelona.

In 1904 at the age of 22 she marries Luis Coma y Cros, the son of a wealthy industrial family.

As time went by and given her delicate health, she kept a lot of rest and hardly ever left the house except to attend mass and visit his mother.

Painting, music and reading are increasingly part of her daily activities. She has converted one of his rooms into a library in which to put the piano that has arrived from Cuba.

Later, on May 24th 1936, he gives up another piano, the "piano empire Bierstedt of 1825" for a concert of the Associació Obrera de Concerts in which the Orfeó Català also participates.

During the civil war, in Barcelona, she lives protected by the Cuban flag and the mission of being close to "her people". She suffered hunger, restlessness and frights, always without losing heart. She saved her own life, her husband's and her children's lives. As a result of her relations with high officials of the Catalan Government, she managed to work in the Municipal Archive, cataloguing all the music from the records of the houses. Her strong character led her to come and go between bombs and sighs, sometimes being "red" or "Cuban communist" in order to defend her family.

During the period between 1940 and 1953 she dedicated herself to carrying out what she called "Sesiones íntimas": domestic concerts at tea time, inviting and being accompanied by women and, above all, men of culture, music, art and literature.

To date, 53 documented "intimate sessions" have been held, including 26 concerts, 21 conferences and 2 tributes. Amèrica combined these sessions with the presence of great personalities of the local and international culture of the moment with the presentation of some young emerging promises, for whom she acted as a mentor.

She managed to build a cultural oasis in one of the most convulsive moments for society, in which the right of assembly was not authorized. She was able to ride on both sides, with the aim of promoting culture and music, becoming in her own way, and bridging the distances, a lady of the Renaissance.

The Bierstedt piano of 1827 that has brought us together today stands out for its uniqueness being currently one of the only 3 catalogued pianos of this Belgian manufacturer based in Paris. 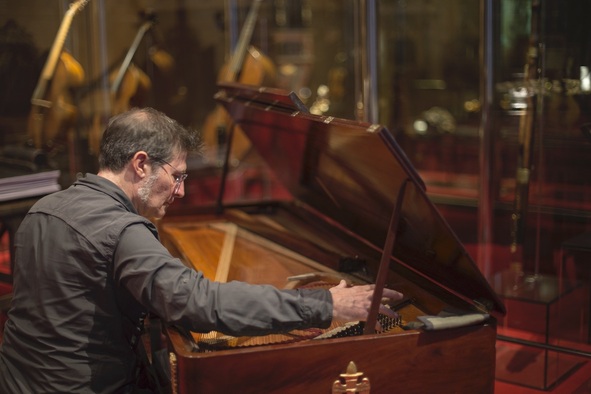 Because of the history and the cultural interest that the activity organized by its owner Amèrica Cazes had for the City, the Coma-Cros Raventós family decided to donate it to the Museu de la Música.

I thank in name of all the family the good reception and disposition on the part of the museum. We are sure that the best thing that could happen to the fortepiano is, precisely, to come back to life. It is clear to us that to be among people who love music, promote it and know how to enjoy it, would be without a doubt the desire of our dear "Abuelita Amèrica".