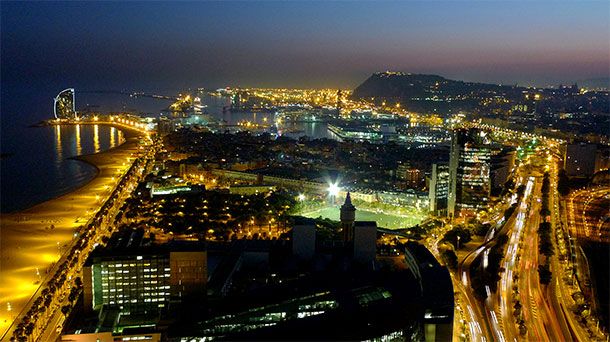 Resilience is the capacity of an urban system for preventing and withstanding any possible danger or risk and for recovering from it.

Barcelona City Council is promoting a resilience model that works to build a city with more capacity for taking on the challenges of today and tomorrow, reducing vulnerabilities and proactively overcoming effects to ensure city residents’ quality of life.

Managing urban services is extremely complex owing to the multiple players involved in the process. Barcelona is working to construct the tools and organisational structures needed so that the city can be managed in the cross-cutting and intersectoral way required by an increasingly complex urban reality. This process has been consolidated through the creation of the Department of Urban Resilience in the municipal organisation chart, as part of the Urban Ecology area. (Deputy Manager's Office for Mobility and Infrastructures).

2021 saw the creation of the Municipal Resilience Committee, a tool aimed at promoting initiatives for proactively reducing risks and focusing on prevention, in response to the growing demand for tackling the impact and tensions that have become critical over the last few years and following the vulnerable situations worsened by the Covid-19 pandemic. This is a tool that will enable the detection and prioritisation of improvement proposals to go ahead with cross-cutting projects and initiatives for building resilience.

Collaborative work is also being carried out with international institutions working in this field, with the aim of fostering exchanges of experiences to contribute the visions, experiences and model developed by Barcelona. Such bodies include: UN-Habitat, with its headquarters in Barcelona, under the "City Resilience Profiling Programme"; UNISDR, as members of the "Making Cities Resilient" campaign, which recognised the city as a Role Model City for Infrastructures and Urban Services; the "100 Resilient Cities" programme, promoted by the Rockefeller Foundation and the C40 cities network.

The UNDRR, the United Nations Office for Disaster Risk Reduction, has recognised Barcelona as a European Resilience Hub, under its Making Cities Resilient 2030 (MCR2030) campaign, because of its policies for taking on disaster and climate risk in the city.

Barcelona will be acting as a Resilience Hub for three years, during which time it will be committed to sharing its experience and knowledge with other cities for improving resilience to disasters, fully aware that city-to-city collaboration is essential if we are to advance along the path to urban resilience throughout the world.

Resilience centres are part of the MCR2030 initiative, where every city has developed local solutions for improving the capacity of resisting and recovering from disasters, which can help to guide municipal policies towards the reduction of risks.

Barcelona is already recognised as an international leader in promoting resilience and as a centre of global cooperation, offering help to other cities under the city-to-city cooperation programme and the collaboration agreement with the UN–Habitat programme. The city is working here to support cities to broaden their resilience profiles and make progress in knowledge and self-assessments relating to vulnerabilities.

A designation which Greater Manchester, Helsingborg and Milan have also received, it provides an excellent framework for continuing to build resilience with an impact on both city and global levels.