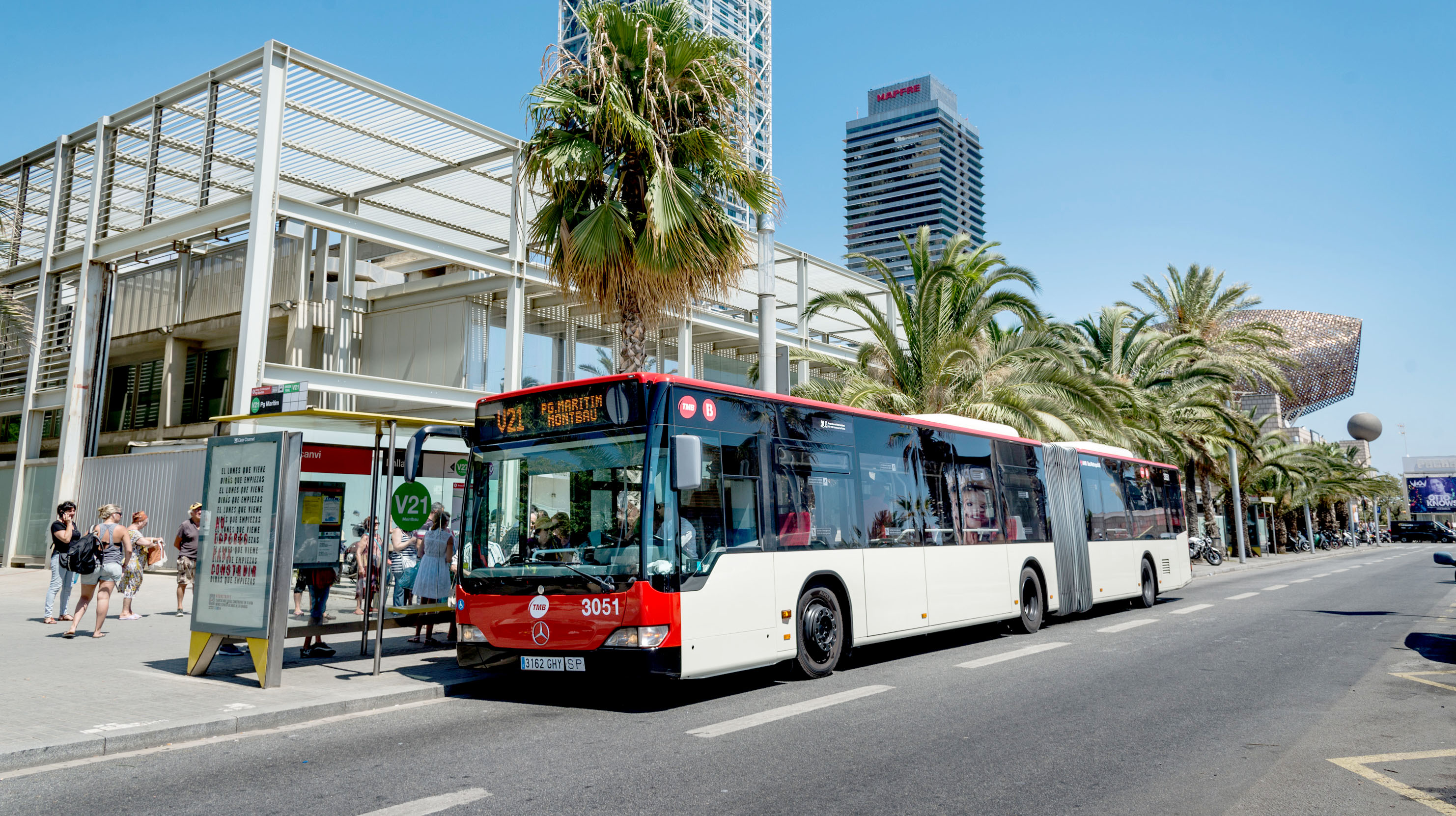 The New Bus Network, with its “vertical”, “horizontal” and “diagonal” routes, is a high-performance network whose strengths include greater bus frequency, between 5 and 8 minutes, and the fact that most city residents can travel along more efficient routes and keep bus interchanges to a minimum. The network covers more territory and is supplemented by conventional and neighbourhood buses.

Barcelona City Council has deployed this network in several stages so that, together with the tram lines, it will complete the city’s ground-level public transport service. This deployment has facilitated the opening of 28 new lines since 2012 to 2018.

The new network is accompanied by measures that make buses a priority. Under the Government Measure for Improving the Quality and Use of Ground-Level Public Transport Infrastructures, approved in the summer of 2017, new measures have been applied to promote ground-level public transport, so that buses and taxis can circulate more freely, gaining speed and frequency and therefore providing a better service.