In 2016 the municipal government called for a Master Plan to be drawn up with a new GUB model focused on local policing and adaptation to the local area, where territorial units were at the cornerstone of an immediate response to public demand.

The main goal behind this public safety plan is to design a model that gives priority to positive community life on a street/neighbourhood level and helps to scale emerging phenomena better. Public safety policies are therefore more preventive than reactive.

The general public is seen as our main ally in both diagnosing and planning solutions to public-security and positive-community problems. Hence the strengthening of communication and participation channels in every district.

Coordination with the districts and various municipal services is also being strengthened to find cross-cutting solutions to these complex problems.

This new way of working first appeared with the creation of the Neighbourhood Police.

What is the Neighbourhood Police? 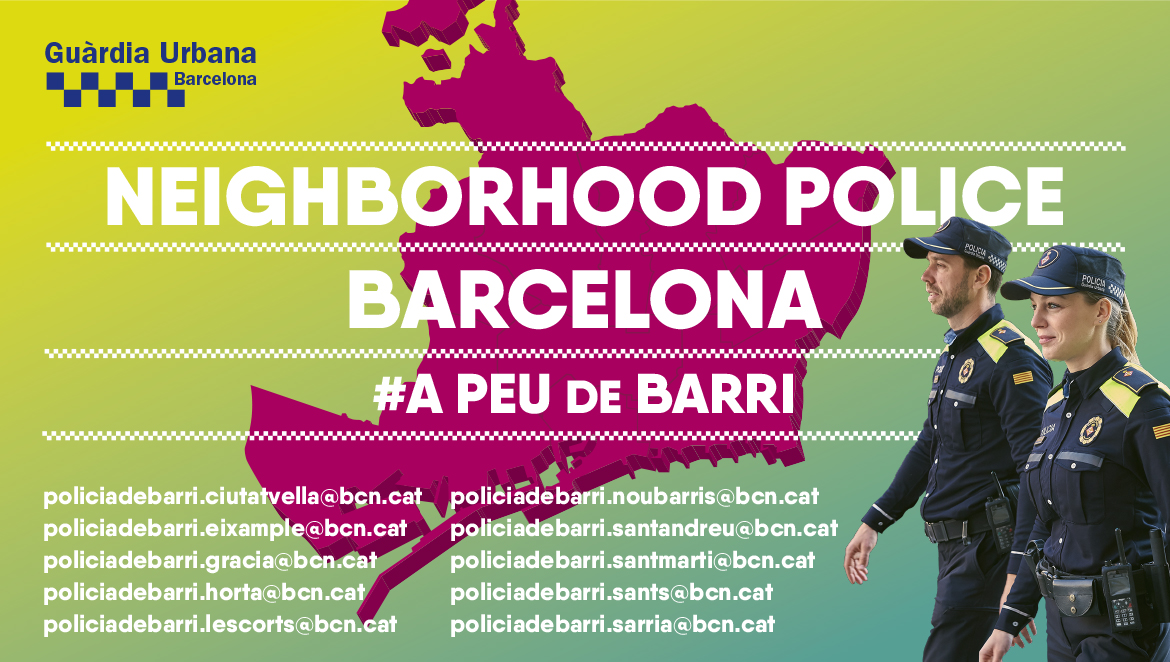 Neighbourhood Police was first deployed in Nou Barris in May 2017 and was extended in 2018 to the districts of Sant Andreu, Sant Martí, Ciutat Vella and Sants-Montjuïc and in 2019 to Les Corts, Gràcia and Horta-Guinardó, L’Eixample and Sarrià-Sant Gervasi. To that end, all the “reference points” have received specialist training in the skills and tools required.