We are combating discrimination and hate speech

Declarations of intolerance, discriminatory treatment and disparagement of people for the simple fact of their belonging to or being included in a group are a violation of human rights and an attack on society as a whole.

Hate speech refers to any declarations that attack the dignity of people for the mere fact of being part of a specific group or collective. It is used for discriminating against a person on the grounds of their origin, nationality, sex, sexual orientation, beliefs, ideologies or any other feature of otherness. It is also used for justifying a lack of real access, and under equal conditions, to rights in general and citizenship in particular. Racism, in all its forms of expression, will be the main object of this line.

This line of action provides for several types of specific initiatives and measures: 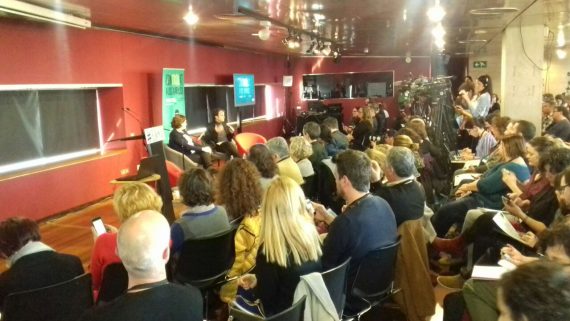 The #BCNvsOdi International Conference is a success

#BCNvsOdi Conference. Under the slogan "Control yourself on social networks! What we do on social networks has consequences", the conference aimed to look at the existing problems and to define strategies to combat intolerance on...