Every year, Barcelona City Council calls for different award nominations with the aim of offering support and economic resources to initiatives and projects with gender perspective presented by non-profit natural or legal persons, associations, entities and groups from the city. 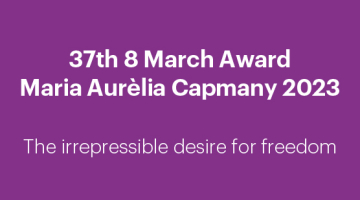 Nominations are called for annually to commemorate International Women's Day. The aim of the award is to acknowledge initiatives and projects conceived to defend and promote the rights of women, with a different theme each year. 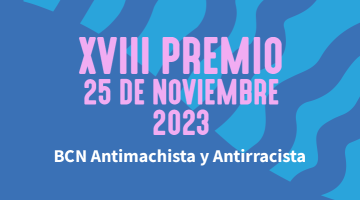 Nominations are called for annually to commemorate the International Day for the Elimination of Violence towards Women. The aim of the award is to acknowledge initiatives and projects conceived to make Barcelona a city free of male violence. 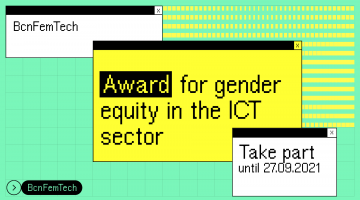 The prize was awarded for the first time in 2021, under the auspices of the government initiative of the same name. The award is aimed at providing visibility, recognition and support to projects from the city’s ICT sector led by women. 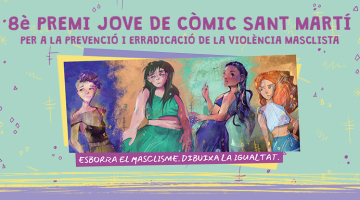 Nominations are called for annually within the framework of the 25 November acts, and are conceived to raise awareness and involve youth in the fight against male violence. 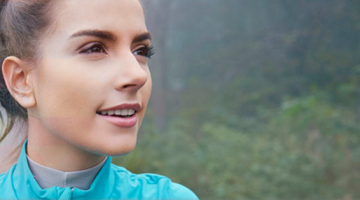 Nominations are called for annually to acknowledge and raise the profile of the personal or professional trajectories of women sportspersons and/or promoters in the city of Barcelona. 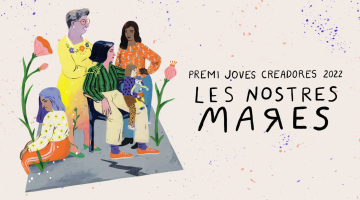 Organised annually to boost audio-visual creation with a gender perspective by young women in the city of Barcelona and give their work more visibility.