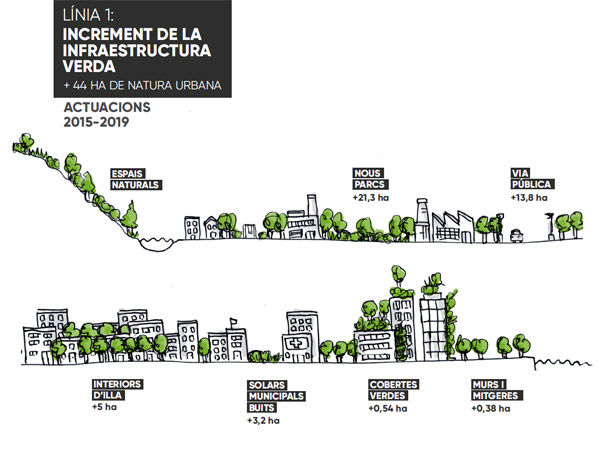 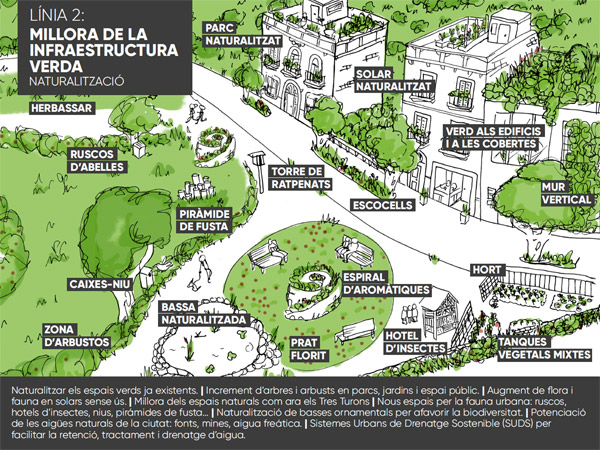 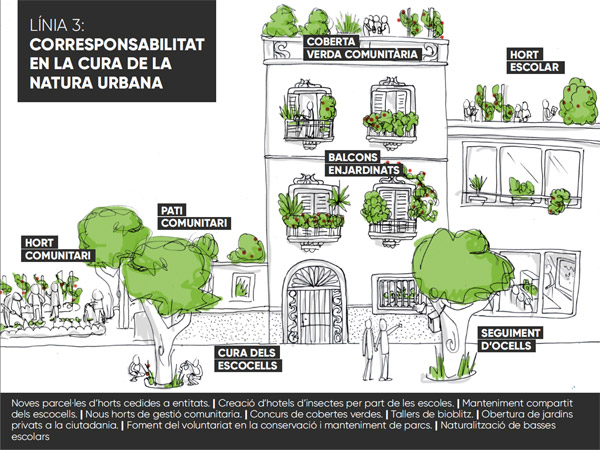 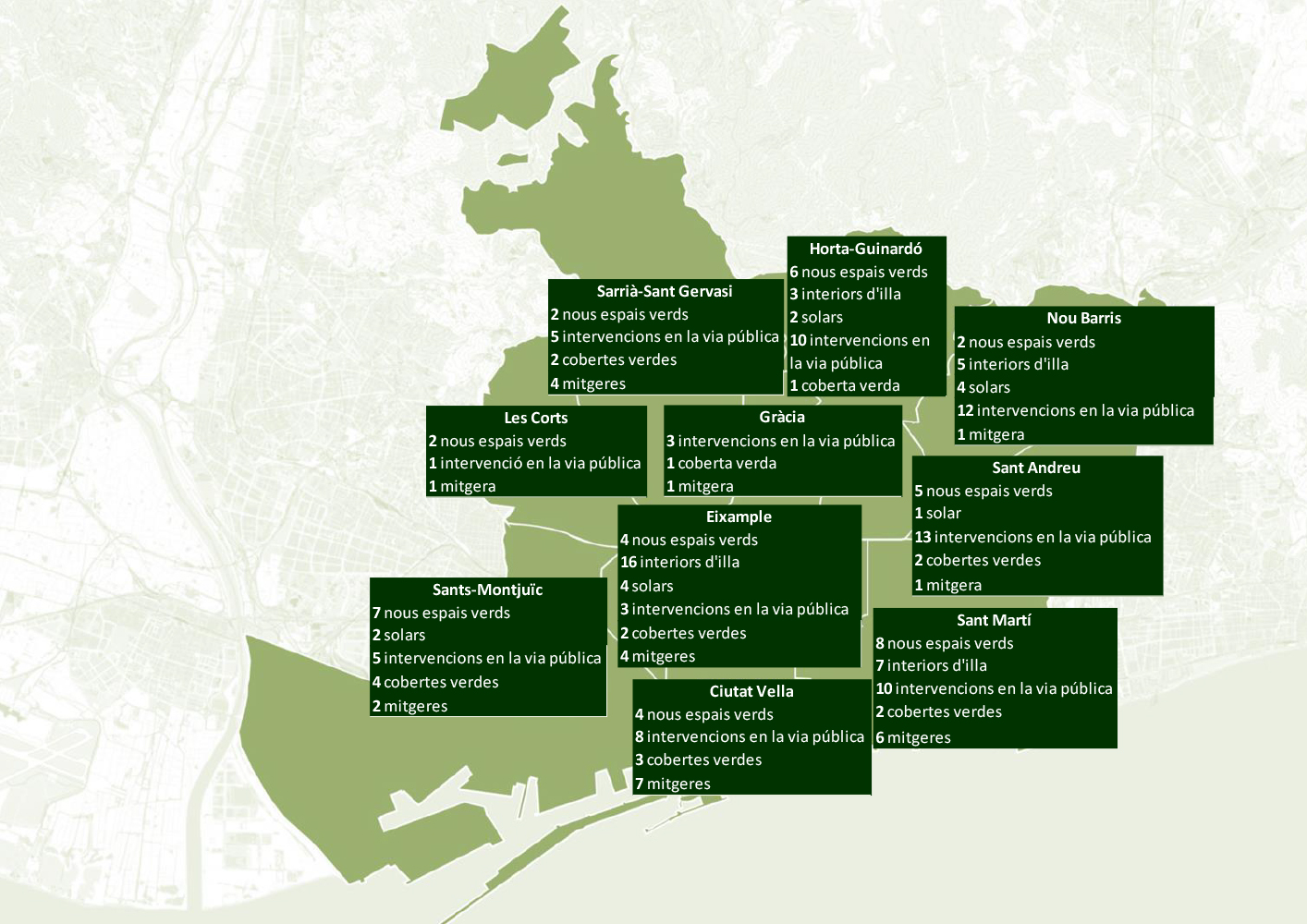 Barcelona intends to have an extra 1m² of greenery per resident by 2030. This is equivalent to 160 hectares of new green spaces. To this end, the City Council has established its Programme for Promoting Urban Green Infrastructures, a government measure aiming to improve the quality of life for citizens by increasing greenery in the city.

Barcelona has a dense and well-established urban layout, making it difficult to provide for future urban parks. However, there are numerous options for increasing greenery in the city that go beyond new green spaces. Examples include improving the city's current greenery and extending it to spaces so far never considered for such purposes, as well as superblocks and initiatives in the citizen sphere that help to green up the city, such as green roofs and walls and even green balconies.

The ultimate goal is a change of model not just for managing urban nature but also for the city itself. The aim is for greenery to play a more significant role and take centre place in other urban policies that greenery may affect, such as urban planning, mobility, public health, sustainability, social rights and culture.

The focus is thus on increasing the area of greenery, above all in the less equipped neighbourhoods, to ensure a fair distribution of the services and benefits that greenery and biodiversity bring. Benefits such as improving physical and mental well-being, the leisure and recreation spaces it provides, and interaction with nature. There are environmental benefits too, such as mitigating the effects of climate change, reducing atmospheric and noise pollution and, above all, creating economic activity.

The Programme for Promoting Urban Green Infrastructures is the materialisation of the Green and Diversity Plan, under which the City Council established its goal to “achieve a green infrastructure that offers maximum ecosystem services in a city where nature and town interact and strengthen one another”. It also comes in response to municipal pledges such as the Citizen Commitment to Sustainability for 2012-22, which promotes the “renaturalisation of the city”, and the Barcelona Climate Commitment, which has the goal of “increasing urban greenery by 1m2 per current resident by 2030, adapting the city more powerfully to the possible effects of climate change”.

Involving the public in this increase