If you are keen to understand the history of films and their development as an art, you will find films from every cinematic era, from the very beginnings and silent movies to today's pictures.

In order to offer the broadest possible range of local film collections, the libraries purchase local art house films and / or films connected to the neighbourhood, such as those set around the neighbourhood or the city.

The film collection is made up not only of films but also items such as books and magazines. Some are educational, examining social aspects, posters and history while others are more technical, on scripts, sound effects and special effects, film sets, lighting, producing and directing and film techniques.

You can also find information on the world of cinema's relations with other subjects, such as philosophy, architecture, food, literature, politics, poetry and education.

Not to mention film sound tracks, which you can find in the music section. 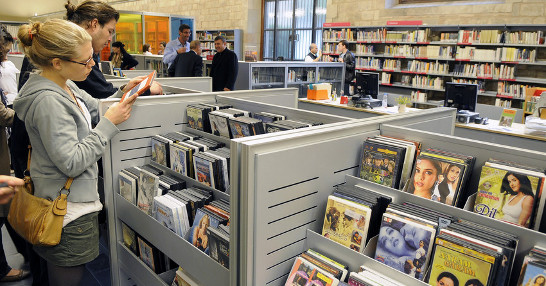